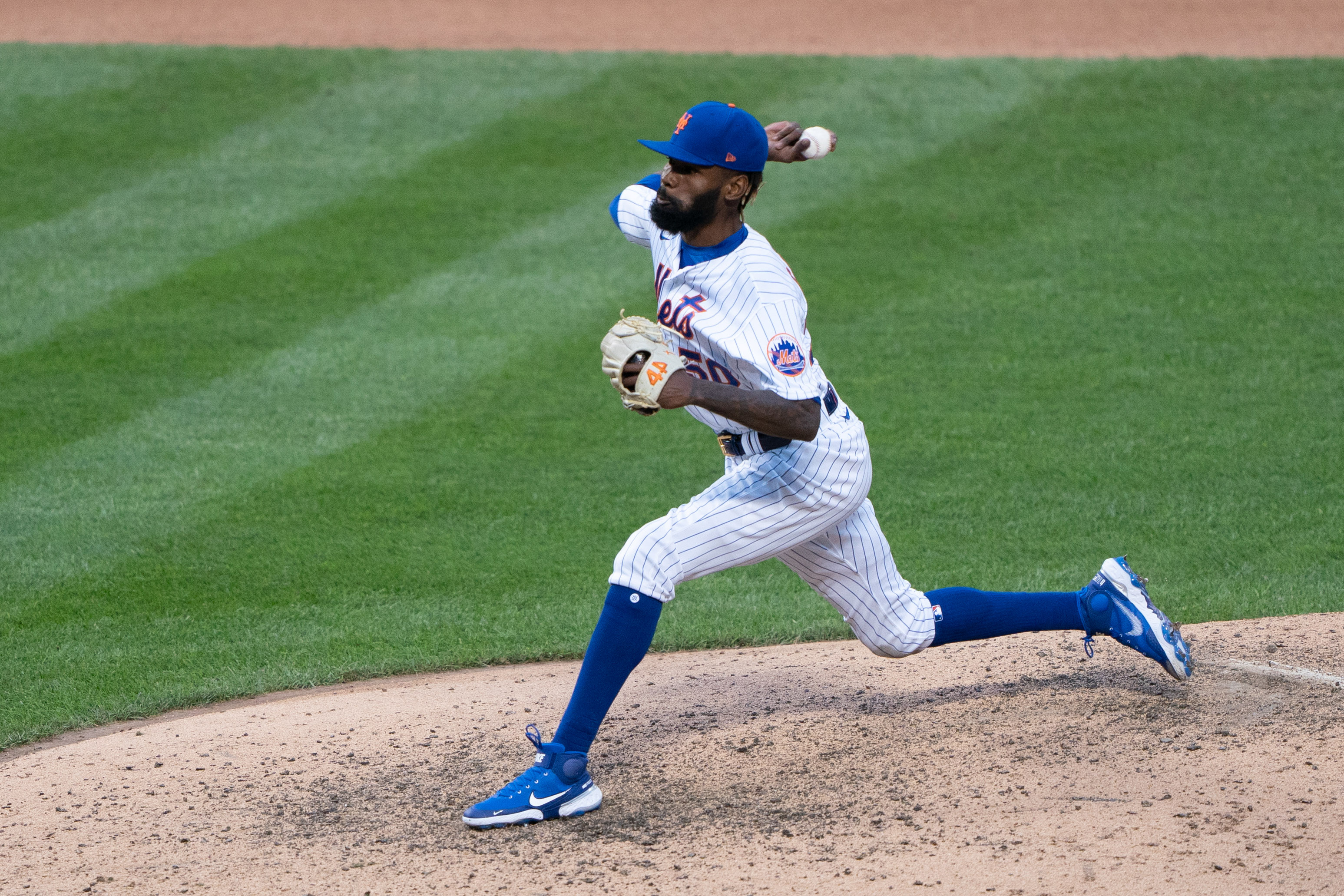 Scoring was minimal during game one of the doubleheader between the New York Mets and Atlanta Braves, and it was almost extinct in game two. There we only four baserunners in the game, and Ronald Acuna Jr.’s majestic solo home run was all the Braves needed for a 1-0 victory.

Ronald Acuña Jr hit an absolute missile of a line drive that left the ballpark at 116 MPH pic.twitter.com/fnWqeTrpe2

The Mets had four hits on the night and were even worse on the bases. Pete Alonso tested the arm of Acuna Jr. and was thrown out on a 97.3 strike from the All-Star. In the sixth inning, Jose Peraza failed to advance to third base on a wild pitch and then tried to advance on a groundball hit right in front of him. Peraza entered the game immediately after Jonathan Villar doubled and left with a leg injury. It was clear Peraza was not fully acclimated to the game immediately. Francisco Lindor ended the sixth by getting picked off by A.J. Minter on the next pitch.

Ian Anderson was responsible for shutting down the Mets offense after having a 7.27 ERA against them coming into the night. Anderson pitched 5.1 shutout innings, allowing three hits, striking out five, and was thoroughly in control throughout the night. The Mets’ best scoring chance came against Braves closer Will Smith in the seventh inning with one out and the bases loaded.

Kevin Pillar smoked a ball right into Austin Riley‘s glove at third, and it almost ended the game. Alonso and Riley scrambled back to the bag, and Alonso won the race after a replay review. Brandon Drury came up as the final hope but popped up to short center field, allowing the Braves to escape with a doubleheader split.

Jerad Eickhoff made his Mets debut, and it looked like it would end early. Eickhoff walked two in the first but worked out of a one-out, bases-loaded jam. He persevered through four shutout innings, allowing three hits and walks while striking out three. With Joey Lucchesi likely needing Tommy John surgery, Eickhoff had a good audition for the fifth spot in the rotation.

Game three of the series is a regular nine-inning game between two pitchers who know how to move the baseball. Marcus Stroman takes his 2.35 ERA to the mound against the veteran Charlie Morton. The first pitch from Citi Field is set for 7:10 p.m. ET.