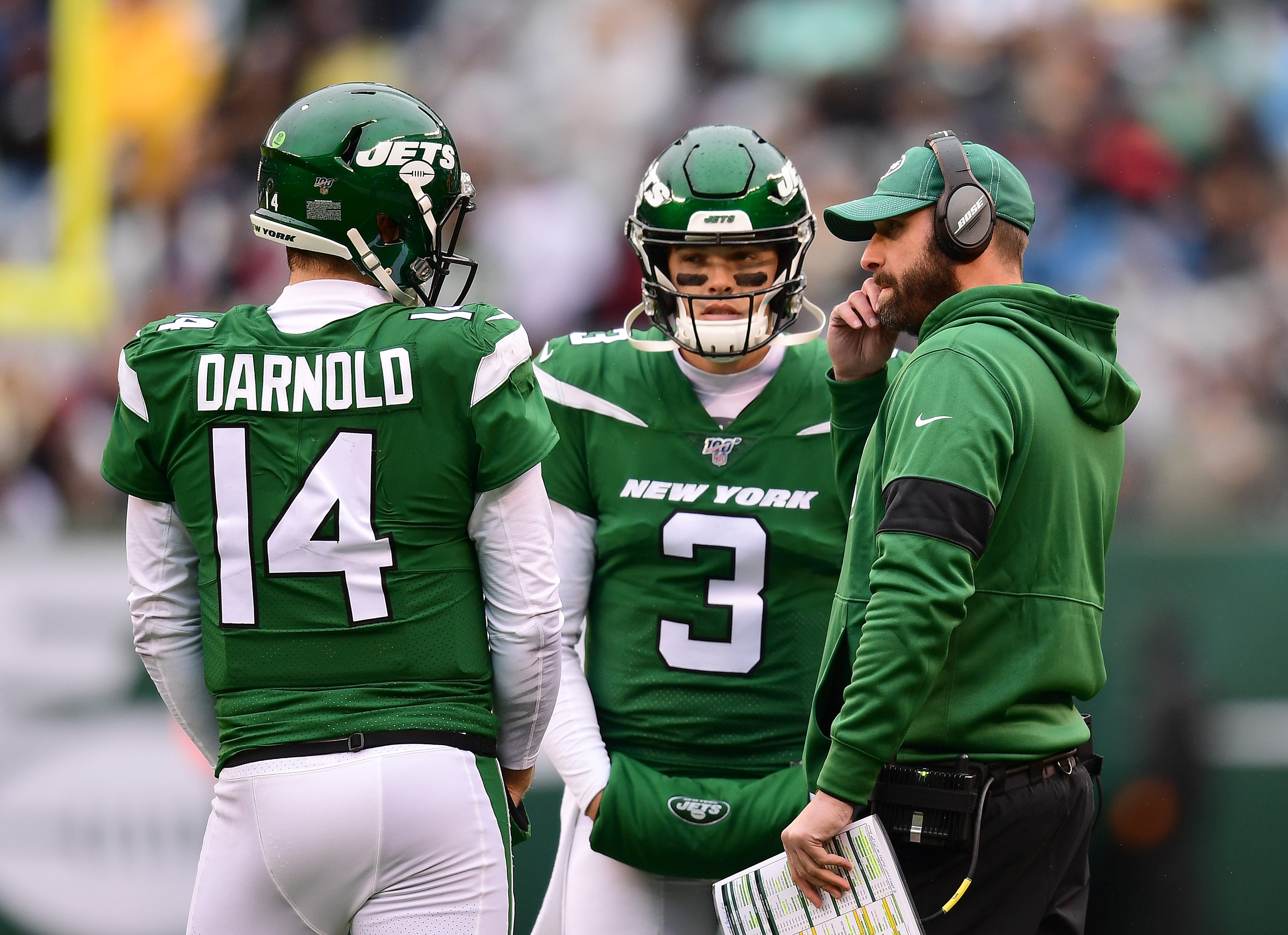 The New York Jets attacked free agency in a unique manner that I didn’t expect. Rather than spend on Conklin or any other premier guys, they signed their guys to short term prove it deals. In our final edition of Roadmap To A Ring, this is the draft, who do the Jets take with all their picks, including a major trade to add more depth. This draft is not what Joe Douglas will do, it’s what I would do in his spot.

A whole lot to unload here, the Jets trade down with two of the top offensive tackles on the board. The Buccaneers then take Wills, with the Raiders and 49ers both taking receivers, Thomas is still on the board at 14. The Jets then get their future tackle and an extra pick. This would be a dream scenario for the Jets.

Baun is a high IQ pass rusher. Excellent leader and a great playmaker on defense. I liked him from the first time I saw him play. He’s shot up draft boards and he has become a great steal at this spot. Baun is immediately going to bolster the pass rush and is a GREAT value pick at 48.

Shenault has a sketchy injury history. This raises some injury question marks. I don’t see many other obvious flaws than that. With that said, Laviska is going to fall. Maybe not to this spot, but hopefully he’s available for the Jets at some point. Shenault is dynamic, quick and an absolute game-breaker with the ball in his hands. At one time he was a top 3 WR in this class. As other guys rose, he fell. Now Laviska would be an excellent selection here.

Dantzler is an aggressive press corner. He’s efficient and could develop into a solid outside corner. He’s a “dawg” and would fit well in Gregg Williams’s defense. He’s a sneaky solid pickup with a few concerns about penalties.

Joe Douglas is dedicated to adding playmakers, boy oh boy would this be a pickup. Jones is an electric receiver. He’s a force in the return game. He’s also a deep threat. He and Shenault would be a dynamic combo and accomplish Douglas’s goal for adding playmakers.

Tyler Biadasz has had his stock drop for some reason. He’s likely to be a day 2 pick, or early day 3. He’s a great center and could be a great pick for the Jets to play guard and develop alongside McGovern and potentially take Van Roten’s spot at some point. If Biadasz isn’t the guy, look for Matt Hennessy in the 3rd round.

Stone is a solid safety. A good option to be a backup for the future. Where he excels is special teams. Stone would fit the Rontez Miles role and has the potential to be better than him already in year one. Stone also has great tackling ability and is a good depth piece overall.

The Kicker position would finally have its answer. “Hot Rod” Rodrigo Blankenship, is the top kicker in the draft. He’s been the top kicker in college football. He’d immediately take over the Jets kicking role. Those missed kicks wouldn’t be an issue with Hot Rod. There’s potential that the Jets can draft their franchise kicker here.

This draft would be a very very good one. Stone is depth. Biadasz is a future IOL piece. Blankenship is the kicker of the future. Jones and Shenault are excellent playmakers. Dantzler is an immediate depth player with high potential at corner. Thomas is the left tackle of the future. All great assets, all would make for a great draft class.