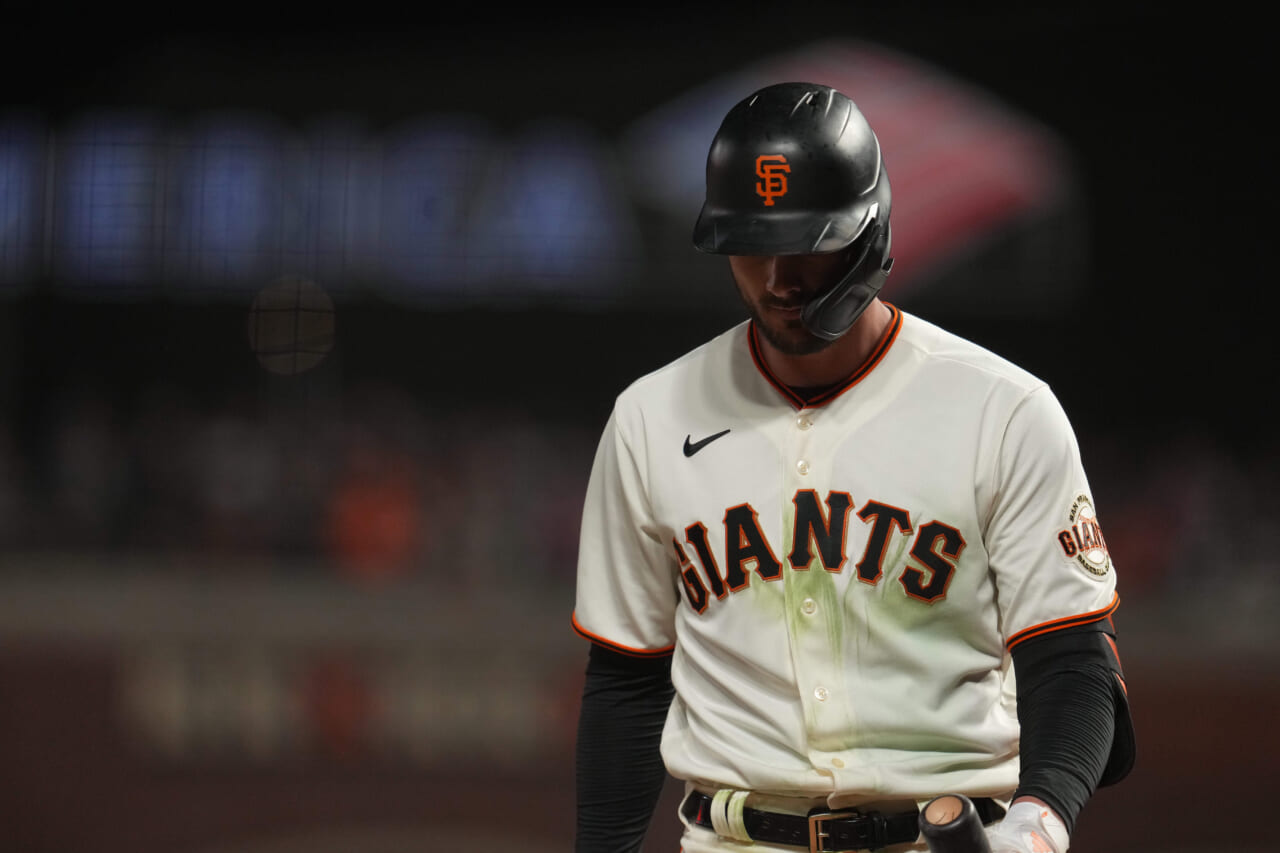 The New York Yankees won’t be playing in Montreal this season.

MLB and the Tampa Bay Rays have been working on splitting home games between Tampa and Montreal for years. MLB has formally rejected the idea, meaning the New York Yankees will not be playing any games in Montreal this season. The Tampa team has been suffering from a lack of revenues for years as they don’t have a large enough attendance at Tropicana Field. This rejection means the Rays are back to square one in their endeavors.

Thursday’s news that Major League Baseball’s executive council that put the no-no on the club’s zealous “sister city” timeshare did little to answer the question that’s dogged the Rays for decades: Many Tampa Bay fans that attend games at Tropicana Field sounded a sigh of relief, but did little to resolve the teams need to increase revenues. At the same time, it was devastating to baseball fans that love the game in Montreal and have been without a major league team since the exit of the Montreal Expos in 2004. The Montreal Expos became the Washington Nationals in 2005.

Although the Tampa team will be playing all their games at the outmoded solid roof Tropicana Field this season, the MLB decision puts the time in limbo as to where they will be playing future games. Will it be a new Stadium, or will the Rays move out of Tampa altogether and search for a new city?

“I think partial seasons are going to be the future of sports,” says Sternberg, the Rays owner, “and probably would have served the fans of this community well. They do deserve a full-time team. But I believe the split-season concept is the future.

MLB’s idea to include calls and strikes by computer has been in the works as both players and owners have wanted to “improve the game.” In recent seasons the idea has been gaining support. Last season for the first time, robot umpires were used in some minor league parks last season. Now MLB has announced that it will expand this season to some AAA teams after favorable results.

It has been announced that MLB is recruiting employees to operate the system for the Albuquerque Isotopes, Charlotte Knights, El Paso Chihuahuas, Las Vegas Aviators, Oklahoma City Dodgers, Reno Aces, Round Rock Express, Sacramento River Cats, Salt Lake Bees, Sugar Land Skeeters, and Tacoma Rainiers. No Yankee affiliates were in the grouping. One thing for sure is that this move indicates that universal use of the robot umpires is getting closer and closer for the major leagues.

Players and owners to have second meeting Monday.

With only one meeting between players and owners since the MLB lockout on December 1, it seems there is not much urgency to come to a new agreement to allow a 2022 season. Spring training is just a few weeks ago, and it appears that the sides are no closer to an agreement. Earlier this month, the only meeting had the owners presenting their proposal, and the players rejected it. Now this coming Monday, the MLBPA (Major League Players Association) will present their counter-proposal.

According to multiple reports, the MLBPA is preparing a proposal that will be submitted to MLB on Monday. Unlike the previous meeting, this bargaining session will take place in person.

MLB Network’s Jon Heyman noted the players were disappointed that MLB’s most recent proposal did not cover several important issues to them. It ignored free agency, revenue sharing, and the Competitive Balance Tax—three pressing issues for the MLBPA. So, it would not come as any surprise for the players to focus on these areas in their counter.

Who will join the YES Network, partially replacing David Cone?

Earlier in the month, it was announced that Michael Kay and David Cone would be on the YES Network less as they assume new jobs with ESPN. Kay will still be calling games, but Ryan Ruocco will share that duty. The big change is that we may not see David Cone doing his color commentary for weekend games as he will be manning ESPN’s weekend coverage.

David Cone will look to integrate analytics as part of ESPN’s new ‘Sunday Night Baseball’ team. David Cone is a popular analyst for Yankees games on the YES Network, and he still will be on that job in 2022. But Yankees fans will have to share him with a national audience on ESPN. With the loss of Cone for some games, the retirement of Ken Singleton from the broadcast booth, and Buck Showalter taking the Mets job, YES will need more staff. The YES Network will have some new faces, some say it will be CC Sabathia, while others think it will be ex-Mets manager Carlos Beltran. The addition of Betran would be controversial, although a delight for the Puerto Rican fans, others aren’t in favor due to his involvement in the 2017 Astros cheating scandal. The YES Network has not announced replacements.

Would the Yankees make a move for Kris Bryant?

One of the lingering subjects to be handled by the Yankees when and if a new CBA can be reached is what to do at first base. The Yankees held onto Luke Voit, but he is not the best option considering other options. There has been discussion about resigning Anthony Rizzo, who became a free agent at the end of the season or even going after Oakland’s Matt Olson. Recently another name has come up, Kris Bryant.

Although several remaining free agents on the market are capable of filling the Yankees’ positional needs at first base, the Yankees could go after free agent Kris Bryant. That move would likely put DJ LeMahieu in the permanent position at first base with Geyber Torres at second and Bryant and Gio Urshela sharing duties at the hot corner. In 2021 Bryant, while playing for both the Cubs and Giants last season, Bryant was named to the fourth All-Star game of his career, slugged 25 home runs, drove in 73 RBIs, and produced a .835 OPS in 144 games. Bryant also won the 2015 NL Rookie of the Year Award and 2016 NL MVP Award while helping the Cubs capture their first World Series title in 108 years. If this solves a problem for the Yankees, it also means that Luke Voit would be traded away for some other Yankee addition. 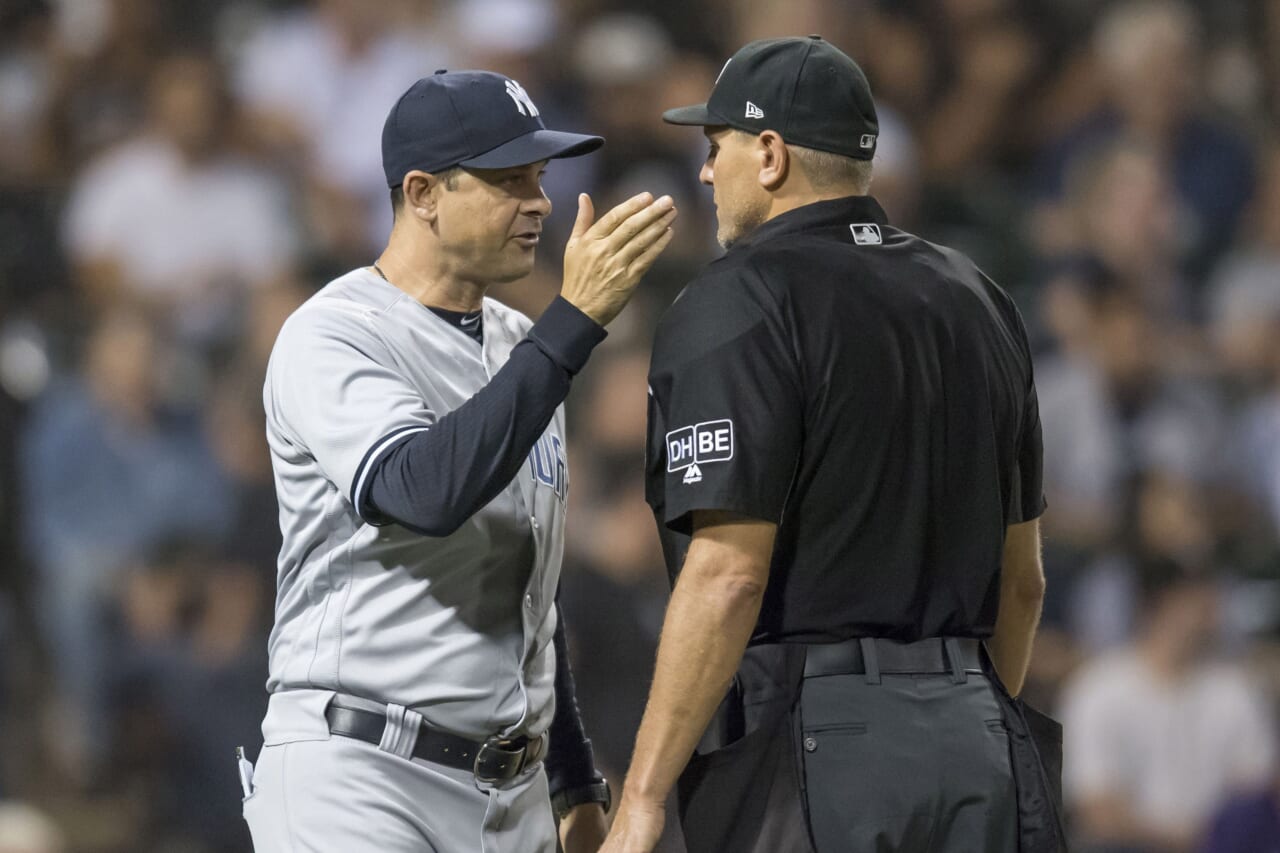 As Major League Baseball tries to stop teams from using technology to get an advantage, it’s ironic that MLB commissioner Rob Manfred indicated that there will be the use of “robot umpires” during Spring Training.

“We believe over the long haul itâ€™s going to be more accurate,” Manfred said. “It will reduce controversy in the game and be good for the game.”

Rob Manfred also said on FOX Business that weâ€™re going to see use of the so-called robot umpire system during spring training.

Rob Manfred didn’t say any specifics but the use of an electronic strike zone will be tested during Spring Training. The reason this has been called into question is that the MLB is always looking to enhance the game and speed up the game. It’s believed that the game is too slow and that’s part of the reason why the number of fans is down through the years.

In my opinion, I’m all for things that enhance the game like different camera angles for TV, sound-enhancing technology, on-field mics, etc. but the use of technology to call balls and strikes should not be introduced into the game.

It’s no question that umpires have the power to change the outcome of a game completely. I’ve been on both ends of that, either a call in the Yankees’ favor or against them. It’s the worst feeling when a call is made that’s clearly wrong but the bottom line is its part of the game.

I already think that the use of technology to review calls in the field slows down games. A close call at second base goes from a bang-bang call to a five-minute review and a call to New York for an answer.

We saw it with the Astros scandal: even though it’s not the same thing, the implementation of more technology for on-field decisions will only hurt the game.