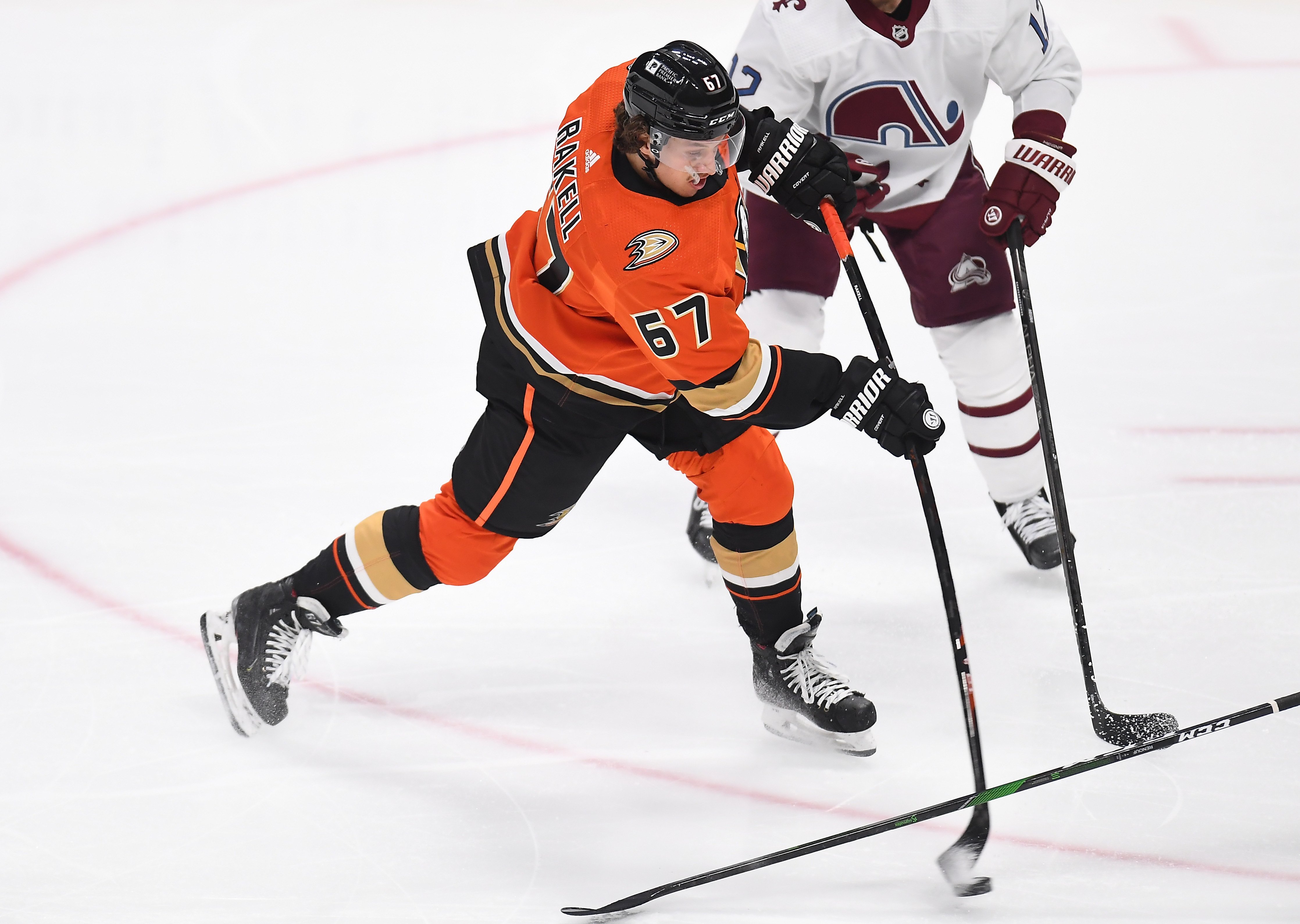 The New York Islanders are back in the trade market once again. But, this time, it’s not because of players underperforming or attitude problems. Just recently, it’s been announced that captain Anders Lee is out for the season with a lower-body injury and has been placed on LTIR. The Isles have been given his $7m cap hit in relief of this. This is the first time in a long time that the Islanders have cap room to go out and get a guy. These are 3 of my under-the-radar options. This list won’t include guys like Taylor Hall, Kyle Palmeri, or Fillip Forsberg.

Rickard Rakell is just an awesome player. Rakell has shown that he can score 30+ goals and match that goal number with assists. He’s just about reaching the best of his playing days, and it’s about time for a change of scenery. He’s the best option for the Islanders out of the 3 in my mind. Rakell has got a cheapish cap hit, and he’s a gifted offensive player. The problem is, it’s gonna take a good amount to get him. Probably a high-level prospect, a first-round pick, and maybe even more. Also, the Islanders would have to sign him to a long-term deal very shortly. Rakell currently has 19 points in 30 games this season while playing on a line with a rookie and a 35-year-old center.

Bobby Ryan is literally the perfect option if Anders Lee comes back for the playoffs. Ryan has revived his career, and no one has noticed cause he’s in Detroit. He’s a cheap player on a minimum deal, it won’t take much to get him. Ryan battled a lot of demons in Ottawa, but he’s found his footing in Detroit. I believe with the right system, aka Barry Trotz’s system, and the right players around him, aka JG Pageau and Oliver Wahlstrom, Ryan can return to his early Ottawa playing days. The trade for Ryan would be as cheap as it gets, probably just a mid-level pick. Ryan currently has 13 points in 28 games this season.

Tanner Pearson has the stats and the cups to prove to you why he should be traded for. There is almost no explanation on why you shouldn’t get him other than the fact that he’s been having a down year, but the Vancouver Canucks just flat out suck right now. I don’t know how much it would take to get him, but I can see the Canucks taking a player like Komarov back the other way to get the deal done. Isles would most likely have to throw a prospect and a second-round pick as well into the mix. What do you think about these under the radar, guys?