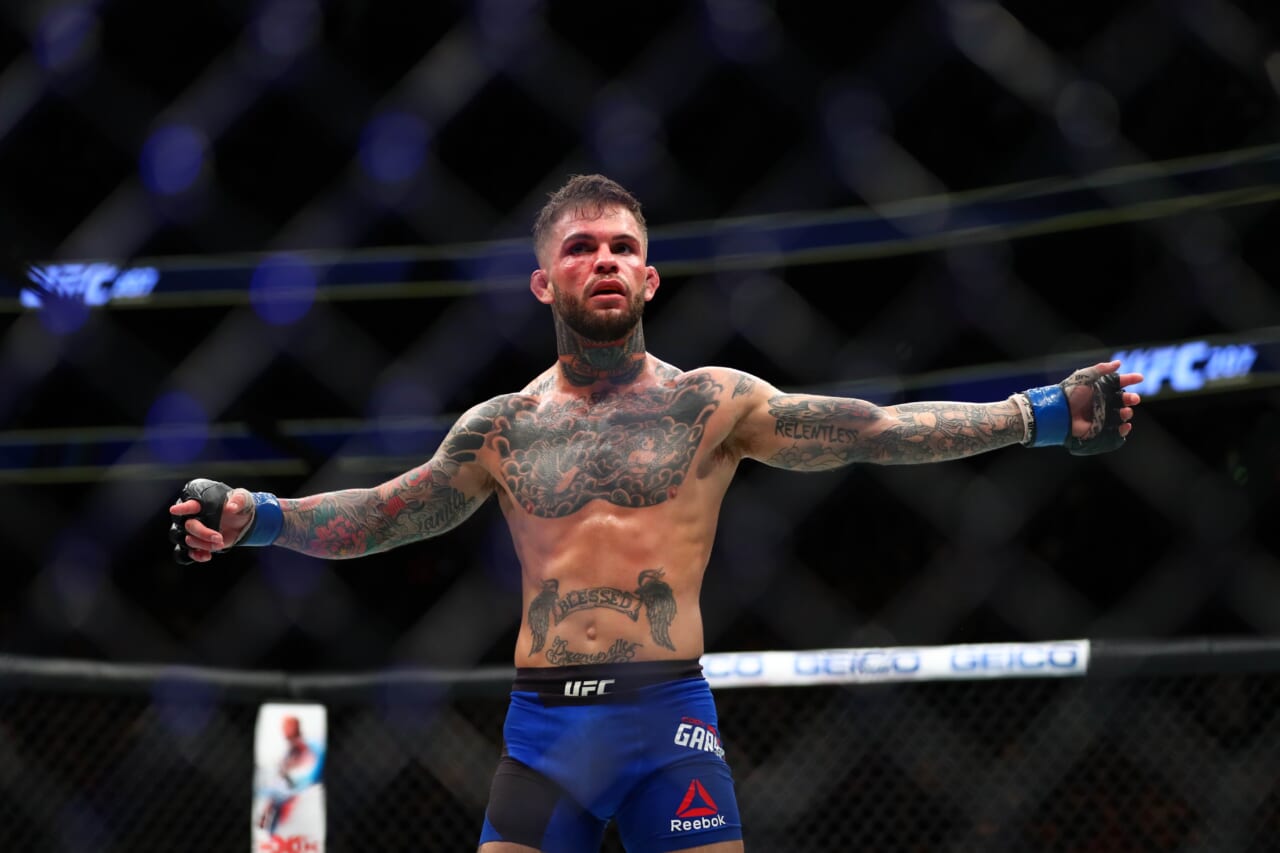 Cody Garbrandt (12-5) is gearing up for a return to the UFC‘s bantamweight division. The former bantamweight champion is moving back up to 135 after a one-fight stint at flyweight to take on veteran Rani Yahya (28-10-1, 1 NC).

The fight will take place at a UFC Fight Night on July 9th. MMA Fighting was the first to report the booking. Fighting a guy with a name like Cody Garbrandt is a big opportunity for a vet like Yahya.

He gets this opportunity on the heels of back-to-back wins. The last time we saw him was in November when he won a decision against Kyung Ho Kang. If you go back to his WEC days, Yahya has been competing under the UFC banner since 2007.

This will officially be his 20th fight inside the octagon. While not taking on the best of the best, Yahya has put together a very solid career. In his last 12 UFC fights, he’s gone an impressive 9-2-1.

Back in 2016, Cody Garbrandt was a rising star in the UFC. He was unbeaten and he was the star pupil of Team Alpha Male. After scoring three straight first round knockouts, Garbrandt got a shot at the bantamweight title against Dominick Cruz.

Garbrandt put on the performance of a lifetime and became the bantamweight champion. However, that was the peak of his career and everything went downhill from there. Injuries and having a weaker chin saw Garbrandt go on a a really bad losing streak.

In his last six fights, “No Love” is just 1-5 and he’s been knocked out in four of those fights. The one fight he wasn’t knocked out in, he was completely outclassed by Rob Font. The former UFC champion has honestly looked like a shell of himself.

As mentioned above, he tried to move down to flyweight as a career-reset in December. However, things didn’t go well at all and Garbrandt was knocked out in the first round by Kai Kara-France.

Now, the former UFC champion returns to the weight class that made him a budding star. Perhaps he can recapture some magic. However, if he loses, this might be the end of the road for Garbrandt inside the octagon.