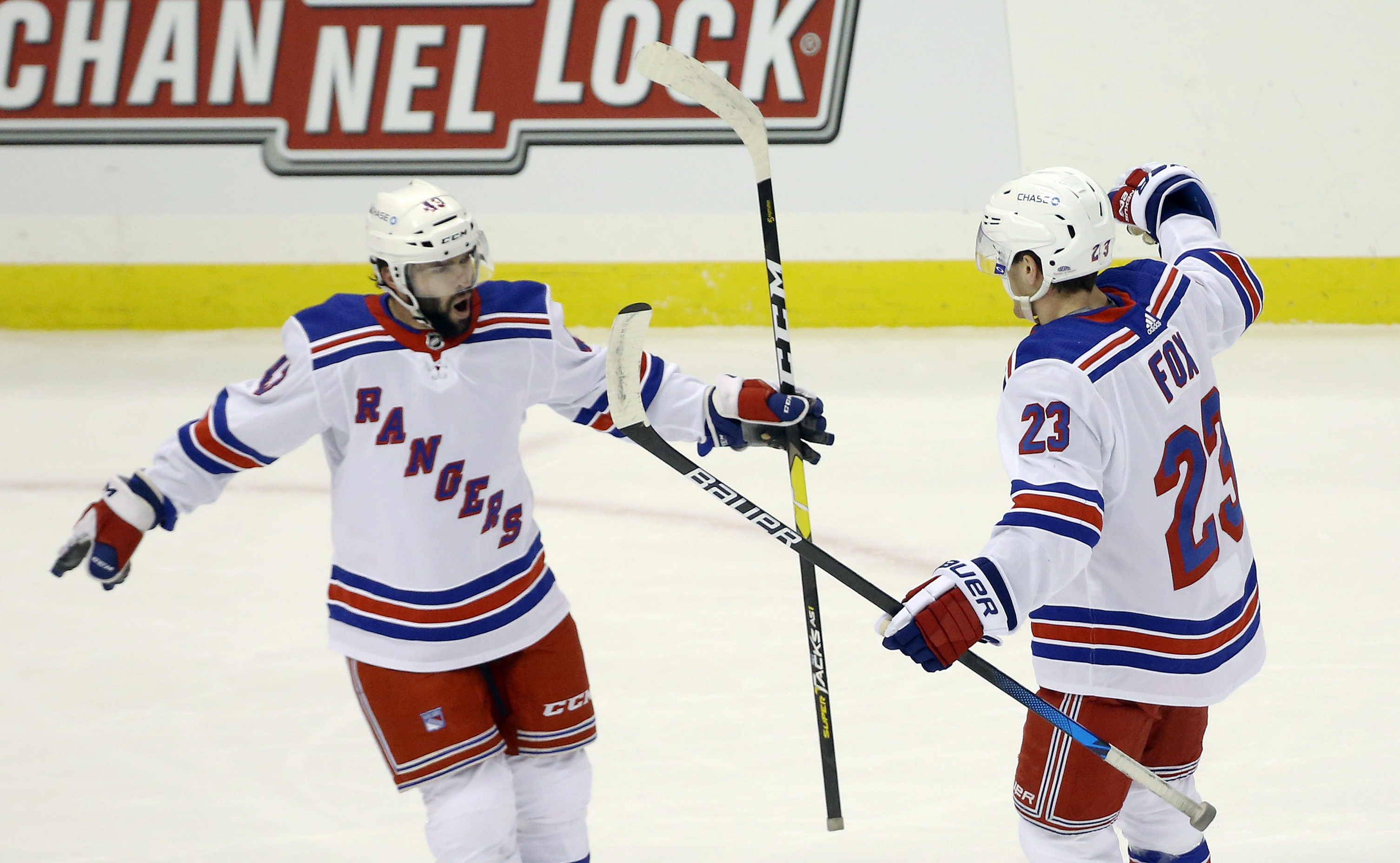 The New York Rangers‘ 2021 season has been a rollercoaster. From blowing a lead in more than half their games, waiving a player for fighting a teammate, and beating one of the best teams in the NHL, they’ve seen it all. And yet, despite all of the early-season speed bumps, they find themselves at 4-4-2, good enough for sixth place in the East division. Those 10 points have not come from the superstars of the team, though. Minus Artemi Panarin, who has a team-leading 15 points, the top-liners have underwhelmed. Luckily for the Rangers, members of the taxi squad have stepped up and capitalized on an opportunity to make a name for themselves.

The Rangers’ Taxi Squad Players Have Been Excellent

For those unfamiliar with the term “taxi squad,” allow me to explain. For the 2021 season, all NHL teams will have a squad of six players that practices separately from the team, travels to each game, and are ready to suit up in any moment. It is an insurance policy in case a team is missing a player or two due to COVID-19 protocols.

Miraculously, the Rangers have gotten outstanding production from their taxi squad players. In six combined games, the members have a +3 plus/minus, while the Rangers as a team are 3-2-1. Three players, in particular, have made the leap in stride: defensemen Anthony Bitetto and Libor Hajek, and forward Colin Blackwell.

A former sixth-round pick of the Nashville Predators in 2010, Long Island native Anthony Bitetto has appeared in two games so far for the Blueshirts. He has been nothing but quality in each. On the defensive end, he has blocked two shots, registered four hits, and is sporting a +1 plus/minus. The Rangers would be perfectly satisfied if those were his only notable stats. But Bitetto has outperformed all expectations – largely due to his jaw-dropping goal in Thursday night’s win against the Washington Capitals.

In the video above, it is important to remember Bitetto is a defenseman, not a forward. The way he avoids multiple hits showcases his stick-handling, and flicks the backhander into the net is remarkable. Based on that lone play, it’s hard to believe he wasn’t on the active roster a month ago.

Not only was it one of the best goals you’ll see this week, but it was loaded with meaning for Bitetto. He had not scored a goal since November 18, 2017, back when he was a member of Predators. It ended a 111-game goalless streak for the kid from Oceanside, NY. Simply sensational.

While Libor Hajek does not have a highlight-reel goal to flex like Bitetto, he does have plenty of solid defense to boast about. A former second-round pick of the Tampa Lightning, Hajek appeared in his first game of 2021 during Thursday’s win over Washington. He played well given the circumstances, blocking a shot and communicating well with Rangers goaltender Igor Shesterkin. He was also on the ice for Bitetto’s goal.

Unfortunately, his +1 plus/minus turned to zero when former Ranger Carl Hagelin scored in the second period.

it is VERY good to see you Carl pic.twitter.com/Cr7Vcs8xF2

There’s not much Hajek could’ve done in the situation above. He gets caught in a two on one, attempts to block the shot by Capitals forward Garnet Hathaway, and Hagelin taps in the rebound. If Shesterkin manages to cover the puck up, or Hagelin isn’t in perfect position to tap the puck in, Washington doesn’t score there. Hajek played very well otherwise.

The original taxi squad success story, Colin Blackwell made the most of his first three games. Game four didn’t go as planned, though, as he was injured early-on against the Pittsburgh Penguins. He has been out since January 30th with an upper-body injury.

Prior to his injury, though, Blackwell was unbelievable. He scored a goal in his first game with the team and followed it up with an assist in each of the next two. His presence gave the Rangers fourth-line a much-needed spark. He, like Bitetto and Hajek, greatly exceeded expectations.

They teach you this stuff at Harvard. pic.twitter.com/Q5Dy3XjfRn

The success story of the taxi squad has undoubtedly been one of the best stories of the Rangers season. Let’s hope it continues for the next 46 games.