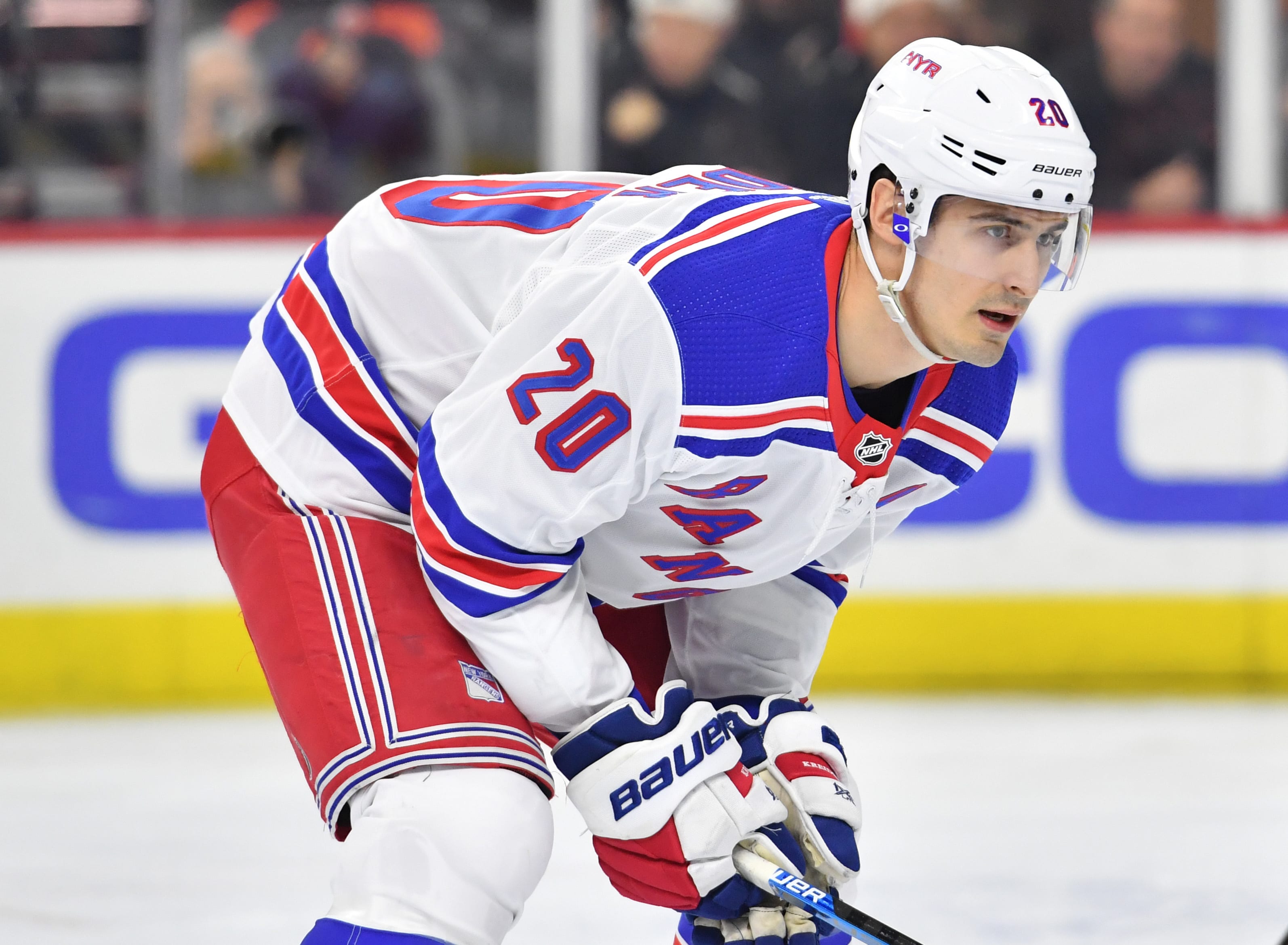 New York Rangers forward Chris Kreider has been the team’s number one source of goals this season. His eight scores lead the team, as do his five power play goals. He posted his third career hat trick in Wednesday night’s loss to Philadelphia and has scored in two straight. In other words, the longest-tenured Ranger has been magnificent around the net – especially on the power play. It’s no coincidence he’s tied with eight other players for the third-most power play goals in the NHL though. His ability to control the ice in-front of the net has turned him into a goal-scoring machine.

What Makes Chris Kreider so Good on the Power Play:

His Ability to Find Open Space Around the Net

Very few do a better job of finding open space around the net than Kreider. The former first-rounder has virtually made a name for himself strictly by plucking off goals in the crease. Each time Kreider steps on the ice he makes a point of gaining position by the net and waiting for an opportunity to strike. Sometimes that opportunity is a rebound off a wrist-shot from 20 feet out, while other times it’s a tip-in off a slap-shot from the blue line. He’s always waiting to cash-in, game after game.

🎶 We think we've seen this film before 🎶 pic.twitter.com/QGVvW3iSWj

Kreider positions himself to the right of Flyers goaltender Brian Elliott perfectly. There’s not a single defenseman within reach of him when the puck ricochets off Elliott, giving him a wide-open net to score on.

The Flyers, like every other NHL team that has played the Rangers in the Kreider-era, failed to correct their mistake the next period as well.

This time Kreider waits for Zibanejad to set him up with a picture-perfect pass and cashes in once again. Just like his first goal of the game, there’s no defender to impact his shot. You’d think teams would do a better job of locating him by now, right? Considering he has been tormenting penalty-killing teams for his entire career, after all.

His Ability to Stay Calm Under Pressure

Not all goals will be as easy as the ones from Wednesday’s game against Philadelphia unfortunately, but that isn’t a problem for Kreider. For years he has been able to send the biscuit into the oven despite players draped all over him. He never feels pressure and always remains calm.

Chris Kreider has been elite around the crease since the beginning of his career. pic.twitter.com/TRLW5t8jib

The clip above is from a game against Vancouver in 2013. Notice anything about No. 20 in blue? He’s positioned in-front of the net for the entirety of the possession, patiently waiting for a shot-on-goal that he can redirect into the twine. And when former-captain Ryan McDonagh sends a wrist-shot into the pile-up of skaters outside the net, Kreider capitalizes. Despite Vancouver’s Chris Tanev effort to interrupt Kreider’s concentration, the power play goal is scored.

Nearly eight years later and nothing has changed.

He Makes the Most of His Chances

No member of the Blueshirts makes more of their minutes than Kreider. His average ice-time of 17:27 is the fifth-most among forwards on the team, and yet, as mentioned earlier, he leads the team in goals with eight. What makes his goal-tally even more impressive though is how few shots he has taken. He has converted on eight of the 41 shots he has taken this year, an absurd success-rate of 23.5% – the highest on the team.

For perspective, only eight other players in the NHL with at least eight goals scored have converted on at least 23.5% of shots taken. Furthermore, five of those eight players spend more time on the ice than Kreider each game, which provides them with more opportunities.

This is nothing new for Kreider, however. Although he has never averaged more than 17:30 of ice time in a season, the Massachusetts-native has scored 20+ goals in five of his eight seasons. An impressive 31.5% of his career goals have occurred on the power play. All while being one of the speediest skaters on Broadway for the last decade.

It’s not by chance that Kreider is having a strong 2021 season on the power play. The guy knows how to get the puck into the net and has shown no signs of slowing down in year number nine. Nor will he slow down until someone invents a tactic to keep him out of the crease.