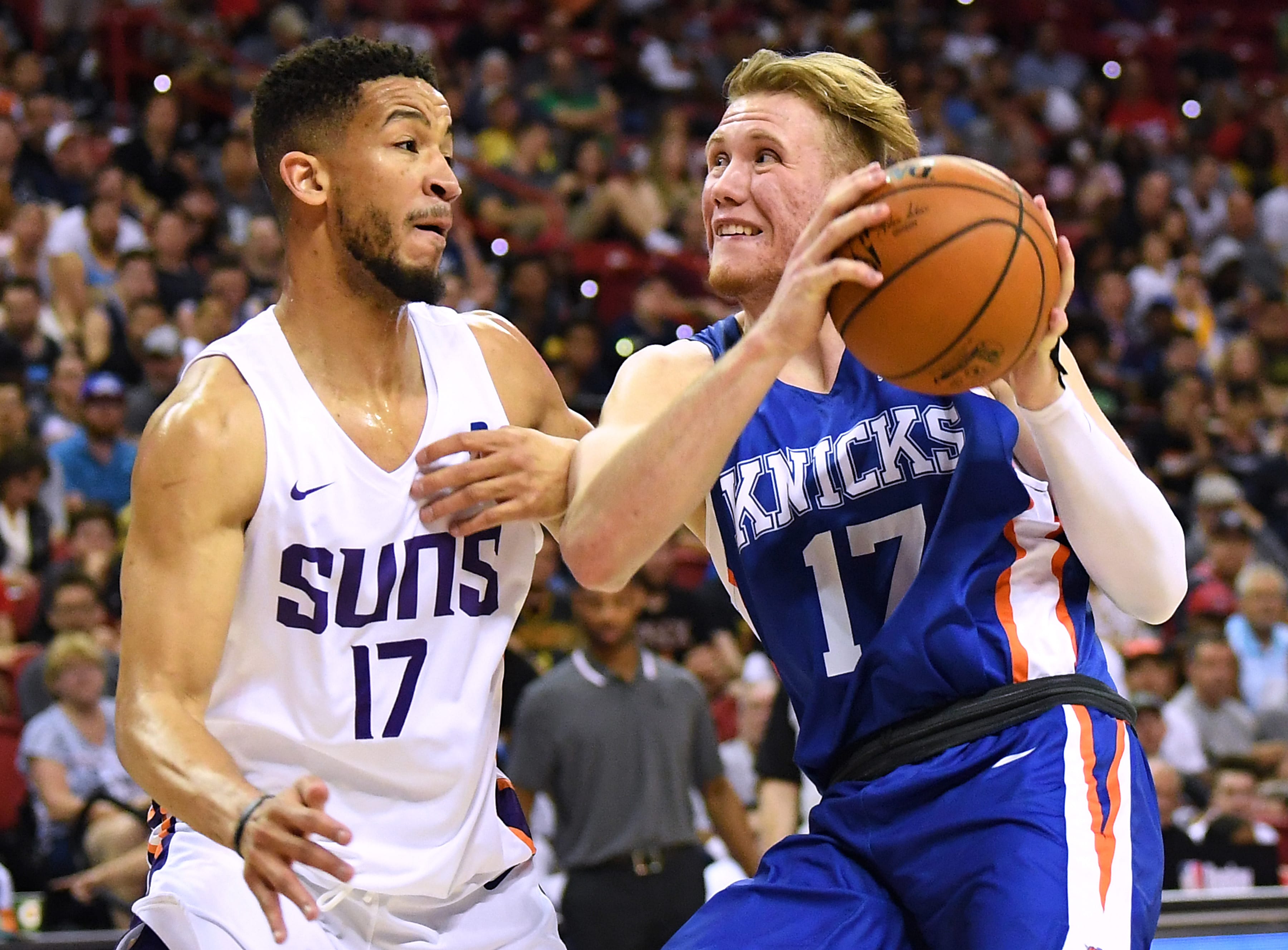 The New York Knicks added a lot of depth this off-season. While fans may not agree with many of the additions, their bench runs deep.

One of the newest Knicks, Bobby Portis, believes the Knicks bench can be one of the best in the league.

Portis was quoted saying, “I think we’ll be a top bench after the Clippers…with our bench we have really good weapons in me, Marcus (Morris), Taj (Gibson), Alonzo Trier, Wayne Ellington. The list goes on.”

Portis is bringing a very positive attitude and energy to this squad. He was already on record saying he loves being the underdog and the Knicks are big-time underdogs this season. On paper, the Knicks do have a solid bench. But, one of the best in the league is a little stretch.

What will the New York Knicks bench look like?

They cover almost every position with young quality backups. With all players showing potential to start, playing time will be an issue. Coach Fizdale will have his hand’s full distributing playing time.

To start the season, he could swap Knox and Morris, starting Morris, to add some rebounding and defense over an unproven second-year lottery pick.

The bench will need to let their play do the talking. All of this optimistic hype Portis is bringing to the Knicks is great, but let’s see how that translates to the court. Everyone is counting the Knicks out already, so proving they do, in fact, have one of the deeper benches in the league, should be their goal.