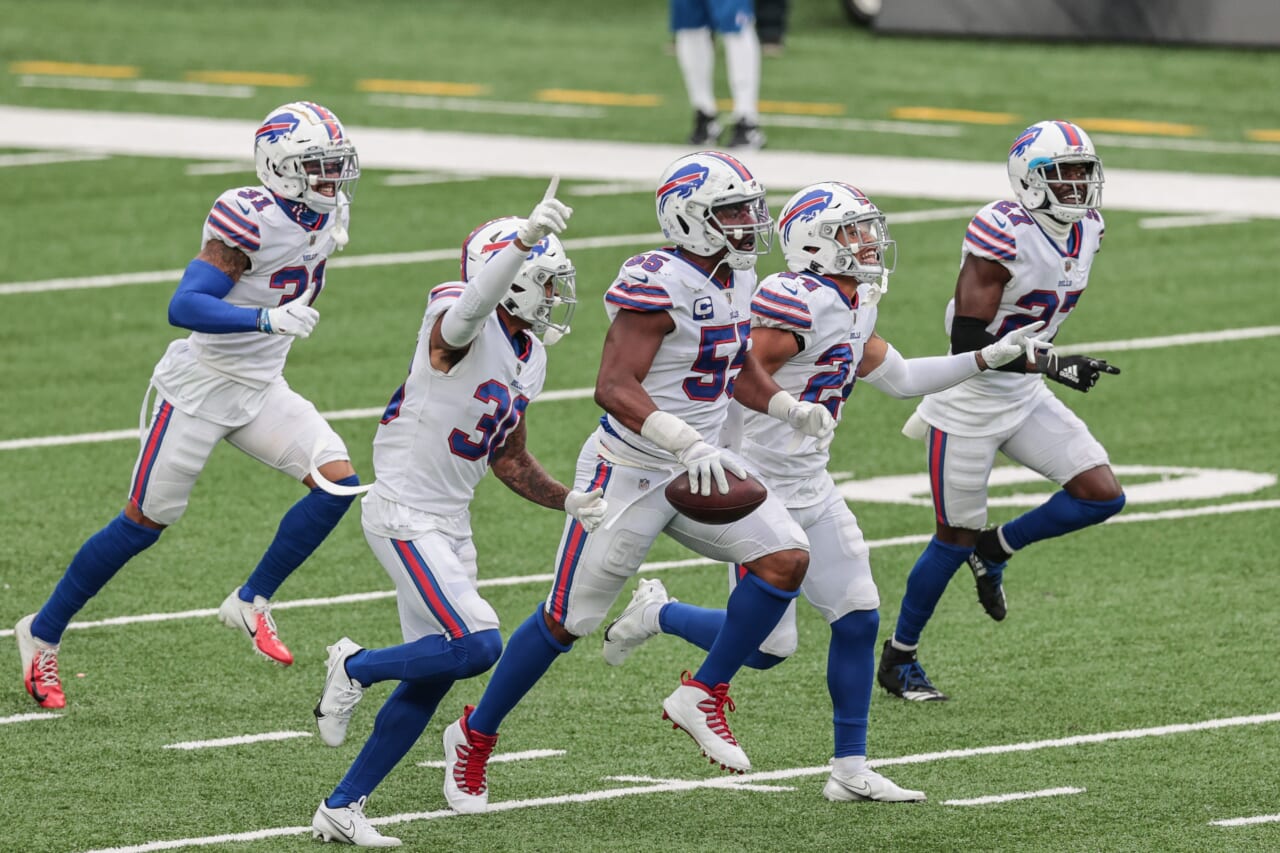 The Buffalo Bills’ postseason outlook is already pretty strong, but they can officially punch their ticket with a little help this week.

Buffalo Bills fans could experience deja vu all over again in the sweetest of ways this week.

A Sunday night get-together with the Pittsburgh Steelers (8:20 p.m. ET, NBC) could play a major role in securing the Bills’ spot in the 2020-21 NFL playoffs. Buffalo (9-3) clinched their spot in last year’s postseason with a win in Pittsburgh during the Peacock network’s prime time showcase. The proceedings move to Orchard Park this season under similar circumstances. Buffalo’s playoff odds already stand at 99 percent, by NFL Network’s Cynthia Frelund has them situated at a 99 percent chance to make the playoffs.

How can the Bills earn a letter next to their name in the standings? ESM has the criteria…

Everything starts with a win against the Steelers on Sunday night. It worked perfectly last season, as they used a 17-10 victory to clinch their second playoff spot over the last three seasons. Pittsburgh (11-1) is no doubt seething after losing their dreams of a perfect season against the Washington Football Team last week.

AFC East fans beyond Foxboro have no doubt relished the Patriots’ demise, but the Buffalo faithful particularly enjoyed their 24-3 loss at the hands of the Los Angeles Rams. The Bills wrap up their season series with the Patriots on December 28 during the final Monday night game of the season. They’ll be seeking their first sweep of New England since 1999.

The Ravens (7-5) are the one thing standing in front of the Bills clinching on Sunday, if only because they partake in the Monday night game against the Browns (8:15 p.m. ET, ESPN).

A loss from the Dolphins (8-4) against the defending champion Chiefs would not only help the Bills’ regular playoff case, but also give them a chance to secure the division title next weekend. Buffalo owns the head-to-head tiebreaker thanks to a win in Week 2, though they’re due for a rematch in the regular season finale.

The Jets and their questionable defensive playcalling were of no help to the Bills last weekend, as the Raiders (7-5) earned a bit of a playoff jackpot, their postseason hopes extended by another week. Buffalo owns a head-to-head tiebreaker over Las Vegas from a win back in early October.