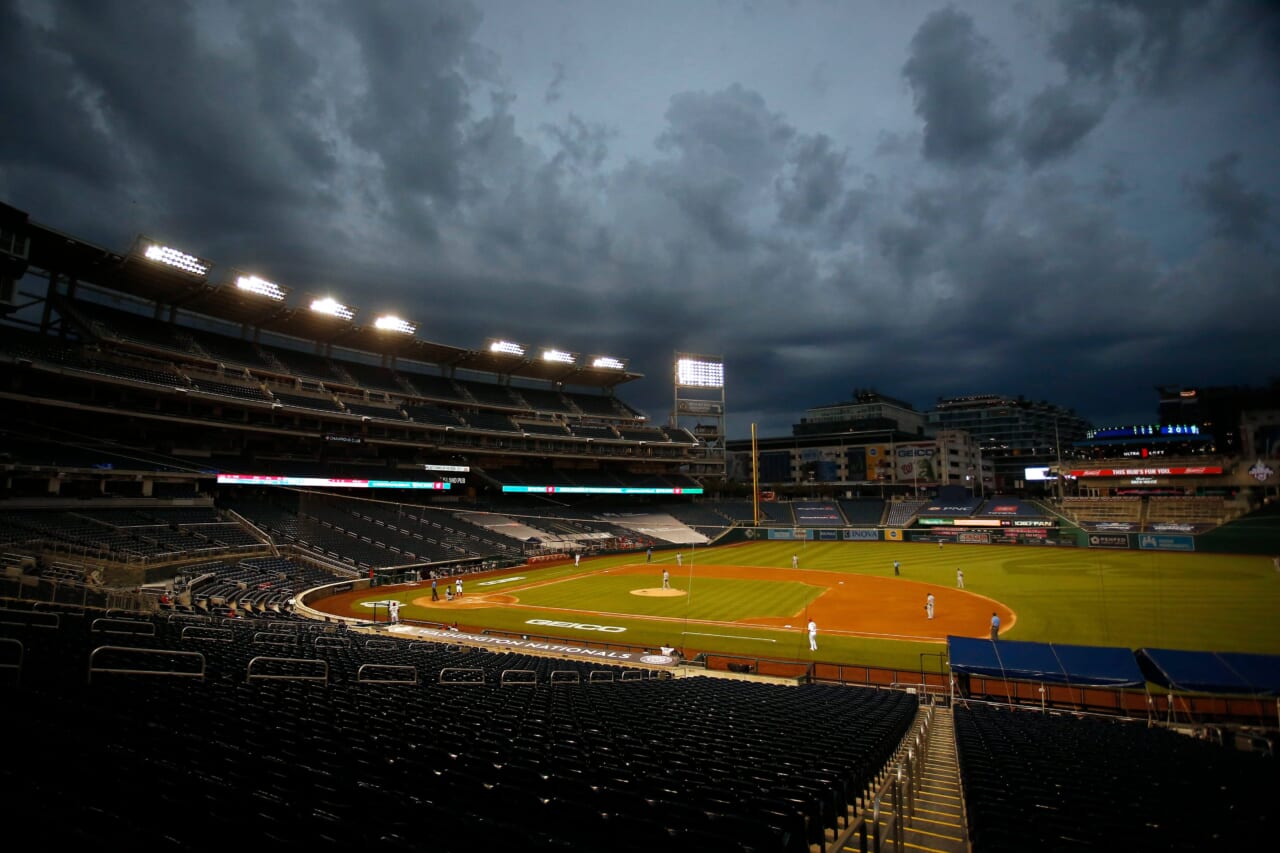 The Hokies’ maroon and orange helmets will get a New York Yankees-inspired makeover as they do battle in The Bronx.

The Virginia Tech Hokies have been designated the home team for Wednesday afternoon’s New Era Pinstripe Bowl at Yankee Stadium (2:15 p.m. ET, ESPN). Less than 24 hours before kickoff, they showcased their willingness to look the part.

When the Hokies take the field on Wednesday against Maryland, their maroon and orange helmets, often adorned with an interlocking “VT”, with be joined by the united “NY” that often appears on the Yankees’ pinstriped uniforms and navy caps over the summer.

In appreciation to the @Yankees for their longstanding relationship with the #Hokies, as well as the many gestures of compassion that they have extended to @virginia_tech over the years, we are proud to announce a special addition to our helmets for the @PinstripeBowl pic.twitter.com/grEl7DPbgX

The Hokies’ descent upon Yankee Stadium for its first appearance in the Pinstripe Bowl has invoked memories of the bond they built with the Bronx Bombers following the tragic shooting on the Blacksburg campus in April 2007. New York would make a sizable donation to the Hokie Spirit Memorial Fund. During the ensuing spring training season in 2008, the Yankees visited Blacksburg for a seven-inning exhibition game at the Hokies’ baseball stadium of English Field.

“That (game) symbolized that 11 months later, we’re still healing but we’re moving forward and there’s people that have our back,” Anthony Sosnoskie, the Hokies catcher that afternoon, told Mark Berman of The Roanoke Times in a retrospective. “We all as a collective unit really appreciated what they did for us that day.”

As the designated home team for Wednesday’s game, Virginia Tech (6-6) will be stationed in the Yankees’ locker room. Each team’s fanbase also shares the love of Metallica’s “Enter Sandman”: the song often signaled the insertion of legendary Yankees closer Mariano Rivera into close games while it has also been used when the Hokies take the field at Lane Stadium since 2000.

The Hokies are looking to end their season on the right note after what’s been a tough season following an upset triumph over preseason No. 10 North Carolina on Sept. 3. It was a year that saw them bid farewell to head coach Justin Fuente after six years at the helm. They’re nonetheless back in a bowl game after last season’s opt-out of postseason proceedings, which ended the fourth-longest streak of bowl game appearances in college football history at 27 seasons. They’ll face off against their former Big Ten brother Maryland (6-6), which is likewise seeking a winning campaign, which would be their first since their inaugural Big Ten outing in 2014.

Wednesday marks the seventh Pinstripe Bowl showcasing an ACC-Big Ten matchup, with last year’s game canceled in the wake of the COVID-19 pandemic. Previous winners of the David C. Koch MVP Award (named after the late CEO of game sponsor New Era) include Zack Martin (Notre Dame, 2013) and Jonathan Taylor (Wisconsin, 2018), each of whom has built prolific NFL careers with Dallas and Indianapolis respectively.

Yankee Stadium is one of four active baseball stadiums to host a college bowl game: while both the Holiday Bowl (at San Diego’s Petco Park) and the inaugural Fenway Bowl (Boston’s Fenway Park) were each canceled in the wake of the ongoing health crisis, Minnesota topped West Virginia 18-6 in the Guaranteed Rate Bowl at Chase Field in Arizona on Tuesday night.