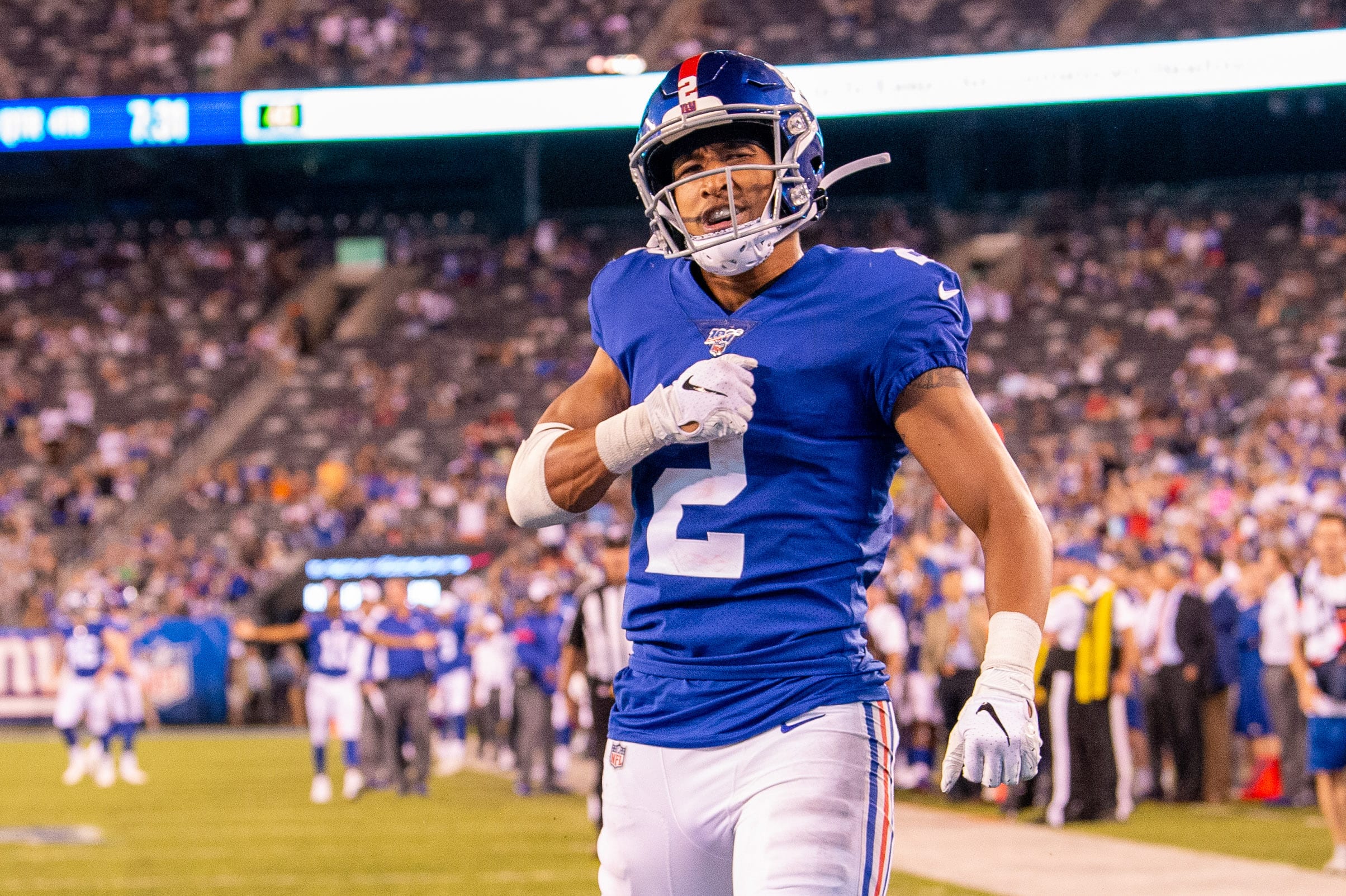 The New York Giants have had a rocky training camp at the wide receiver position. They have seen multiple receivers go down with season-ending injuries. On top of that, New York’s primary receiver Sterling Shepard has been dealing with a broken thumb suffered on the first day of practice.

To make matters way worse, the Giants’ other primary receiver, Golden Tate, has been suspended for the first four weeks of the season. This leaves the Giants with a few question marks in their receiving corps. The Giants will need someone to step in for Golden Tate. Should the Giants promote someone in house or look to bring in someone new?

The Giants recently held a free-agent workout for receivers and did sign one. New York signed T.J. Jones, a former Detroit Lion. Jones has flashed during camp and looked like a solid option in the first preseason game. But, now that Golden Tate’s suspension is official, it could be beneficial for the Giants to hold another workout.

One receiver that the Giants should look into is Michael Crabtree. The veteran receiver has had a long NFL career and proved that he still has something left in the tank last year with the Baltimore Ravens. Crabtree caught 54 passes from rookie Lamar Jackson en route to 3 touchdowns and 607 yards.

Here's another look at that Michael Crabtree TD. pic.twitter.com/QEPTgpCcbS

Michael Crabtree’s age of 31 years-old would go a long way in filling in for Golden Tate. Tate is a veteran leader that will be sorely missed on the football field, so Crabtree would be a solid player to fulfill Golden’s role.

Another veteran free agent receiver the Giants could look into is Pierre Garcon. Garcon has not played much the last two years (eight games each season), but the Giants would only need him to perform in the first four weeks. Garcon has had a long and productive career and is a reliable receiver.

Options On The Roster

The previously mentioned T.J. Jones has looked like a promising receiving option. He lead the team in receiving in the Giants’ first preseason game. He totaled 6 receptions on 6 targets for 72 yards and 1 touchdown. If push comes to shove and the Giants are unable to make any transactions at wide receiver, T.J. Jones could step in as a solid receiving option.

The Giants have another darkhorse receiving option on the roster. This player did not make as big of an impact against the Jets as Jones did, but he has been a playmaker throughout training camp. This player is Alonzo Russell.

Alonzo Russell has been Daniel Jones’s favorite target in training camp. He has shown serious potential in multiple instances. One of his best traits is his body. Russell is a tall receiver standing in at 6-feet-4-inches and weighing in at 206 pounds.

The Giants have copious options if they choose to add to their receiving corps. Golden Tate will miss the first four games of the season and it is crucial for the Giants to get off to a hot start this season with this year’s schedule. 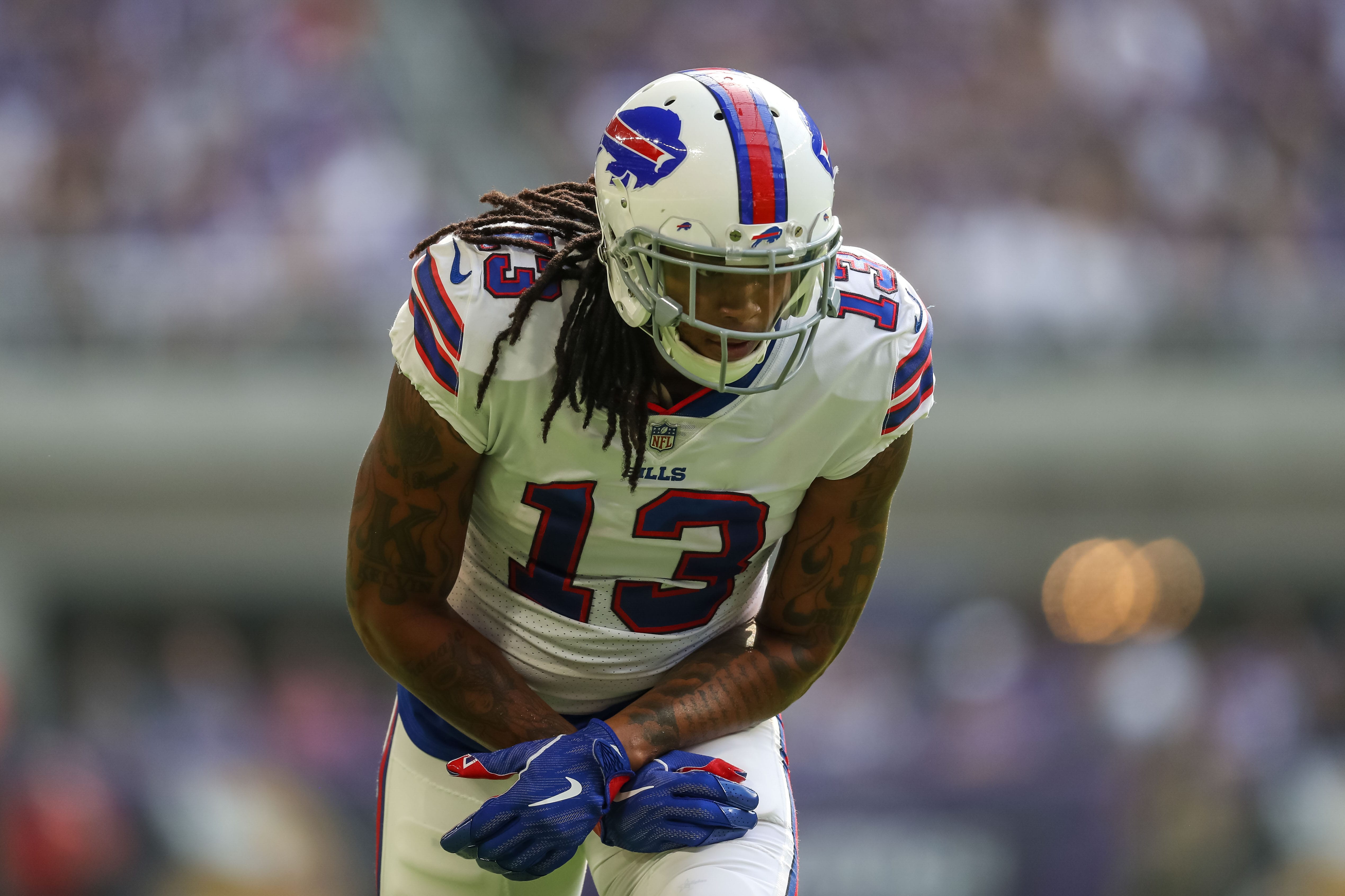 With New York Giants reserve receiver Corey Coleman going down with a torn ACL, general manager Dave Gettleman must bring in more competition to compete for the No. 3 spot. There are several quality pass catchers that can come in and make an impact, potentially even more-so than Coleman in 2019.

However, Corey was going into his second year in head coach Pat Shurmur’s system and had the knowledge of the playbook to finally be influential. Hopefully, the Giants can bring a smart receiver in that can pick up the playbook quickly.

Here are 3 wide receivers the New York Giants should look at:

A big body that has had very productive seasons in the past, Benjamin could be a solid player to join the offense. He was drafted by Gettleman in 2014, and the familiarity could make him a good fit. There have been locker room concerns from the 28-year-old in the past, but if he joins a group where he isn’t expected to be the top options, he can sit back and quietly make plays.

The Giants will bring him in for a workout on Saturday to try and add more talent to the unit.

One of the NFL’s best red-zone receivers, Crabtree could be a stellar pickup for the Giants and Eli Manning. He has solid hands and has a competitive spirit. As one of the healthiest receivers in the league over the last 10 years (missed 18 of 141 total games), he would provide consistency in that category.

Additionally, he can handle a big load if necessary, recording over 50 receptions over the last five seasons. He’s just two years removed from a 1,000-yard season. Crabtree might be a bit more pricey than the other options, though.

While Garcon has missed eight games each in the past two seasons due to knee surgeries, he still managed to haul in 64 passes for 786 yards and one score. Prior to going down in 2017, he racked up 79 completions for 1,041 yards and three touchdowns. His veteran leadership and experience would be great for the offense and players like Darius Slayton.

In a reserve role, he could be a great option, but over usage has hurt him in the past. A veteran deal for a trustworthy player isn’t a bad idea. 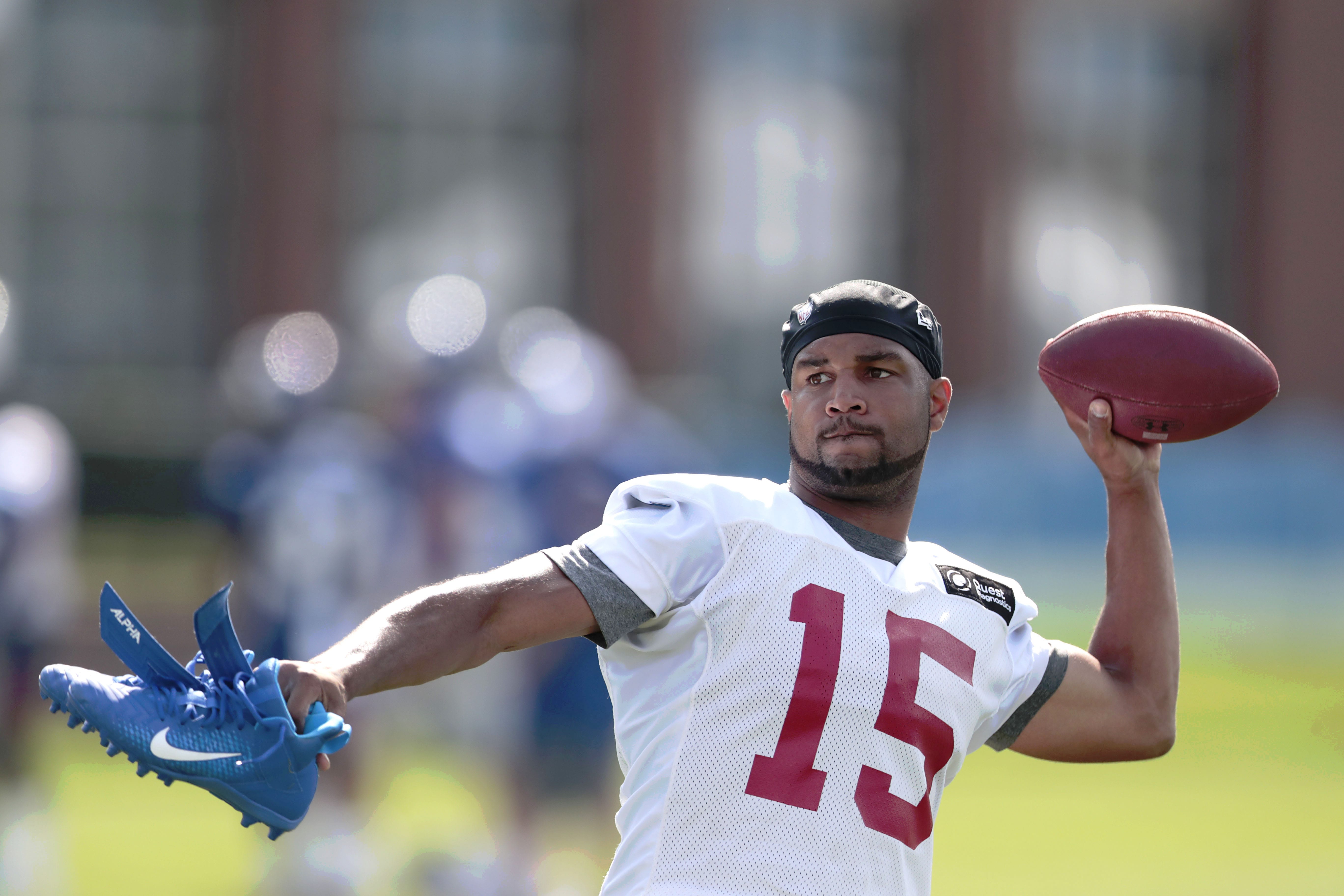 First Sterling Shepard, then Corey Coleman, then Brittan Golden…who’s next on the injury list knock on wood. Maybe the Odell Beckham Jr. curse is real.

The Giants are two practices into training camp and are already facing an uphill battle at the wide receiver position. Fortunately, GM Dave Gettleman will be bringing in several pass catchers to try out, including former draft pick while at Carolina, Kelvin Benjamin.

Several receivers the Giants should look at are Benjamin, Michael Crabtree, and Pierre Garcon. Three veterans that can pick up a starting workload and supplement the loss of impact players. Hopefully, Gettleman can find a serviceable replacement on a veteran deal.

However, I wouldn’t be surprised to see rookie Darius Slayton earn more reps and playing time, despite him dealing with a pulled hamstring at the moment. His speed and agility can be beneficial. He progressed very well during mini-camp after struggling with numerous drops early on in the offseason.

Aside from the receivers, the quarterbacks have started off rocky, but both looked far better in day two of practice. Daniel Jones has hit on numerous long-balls and finished Friday 9-of-12 with two impressive touchdown throws.