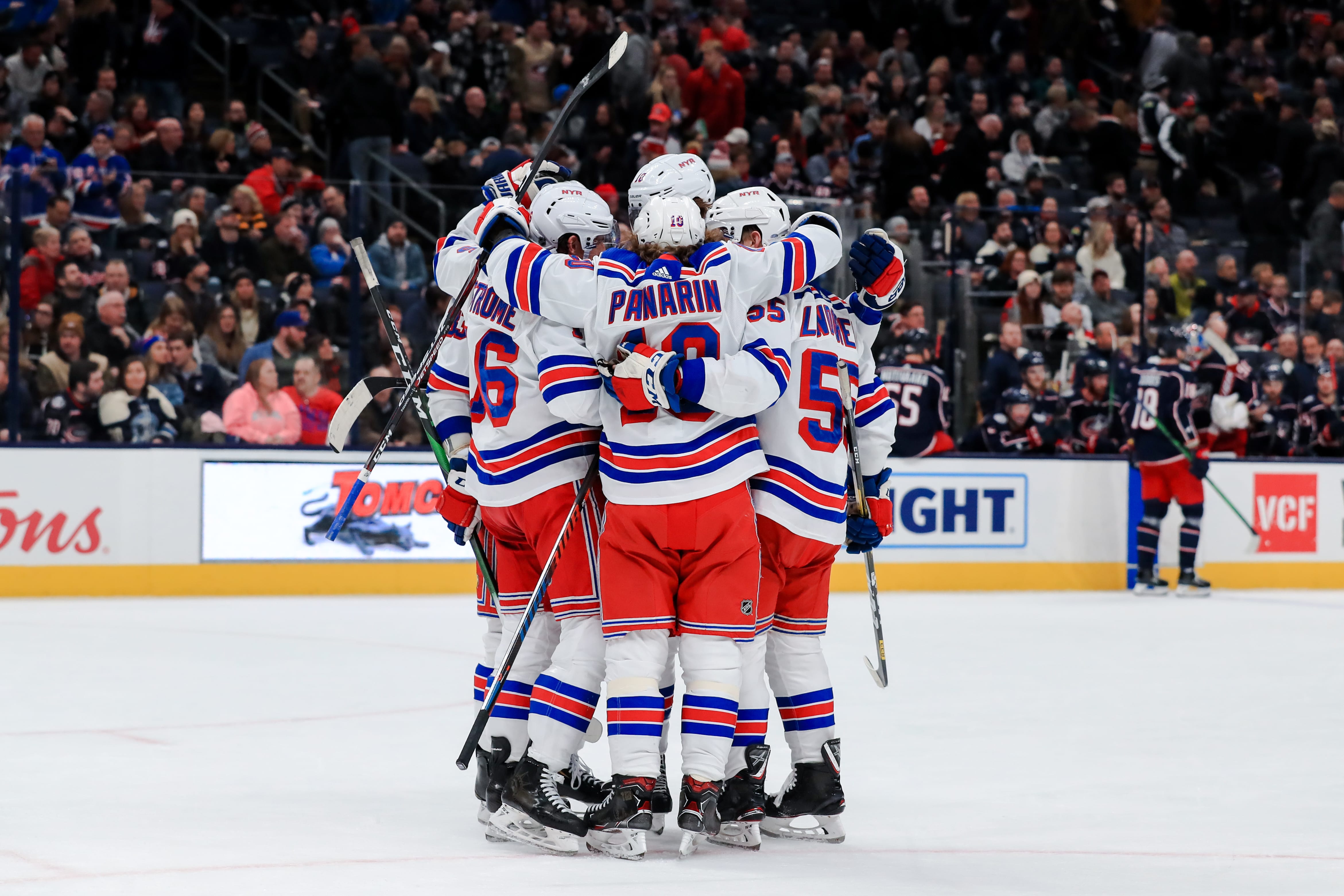 The New York Rangers took a victory from the jaws of defeat Thursday night when they rallied from a 3-1 deficit in the third period to defeat the Minnesota Wild in an overtime shootout.  Pavel Buchnevich brought New York within 3-2 at 11:51 of the third period, and Mika Zibanejad tied the game 3-3 at 18:54. The highlight of the game may have come in the overtime shootout when Artemi Panarin used a flurry of dekes to score on Wild goaltender Alex Stalock, which needed to be reviewed to make sure that Panarin followed shootout rules in scoring.

Igor Shesterkin missed his start tonight due to the ankle injury he suffered on Tuesday in Winnipeg. Coach David Quinn described Shesterkin’s situation as “day to day” meaning he could possibly start Friday night in Columbus. Recently, Quinn doubled down on his earlier statement that “keeping people sharp is no longer a high priority of ours,” and unequivocally declared Igor Shesterkin the current No. 1 goalie. The ankle injury kept him from starting tonight but it was unlikely that Shesterkin would have started on back-to-back nights. Quinn didn’t rule him out for the second leg of this road back-to-back Friday night in Columbus. The 24-year-old rookie, who made his NHL debut Jan. 7, is 6-1-0 with a 2.18 goals-against average and .941 save percentage in seven games.

After the game, an obviously very pleased Coach David Quinn was quite impressed by the effort of his team in coming back from two goals to earn a hard-fought victory. “We just never quit. We’ve been talking about the belief we have in each other, and it continues to grow throughout the season. It was never more evident than it was tonight.”  Quinn also praised the maturity of his young team when he stated that: “Our team has come a long way. I think before you might have seen some panic and some pressing and some frustration. But I thought for the most part in the third period, we were calm on the bench.” 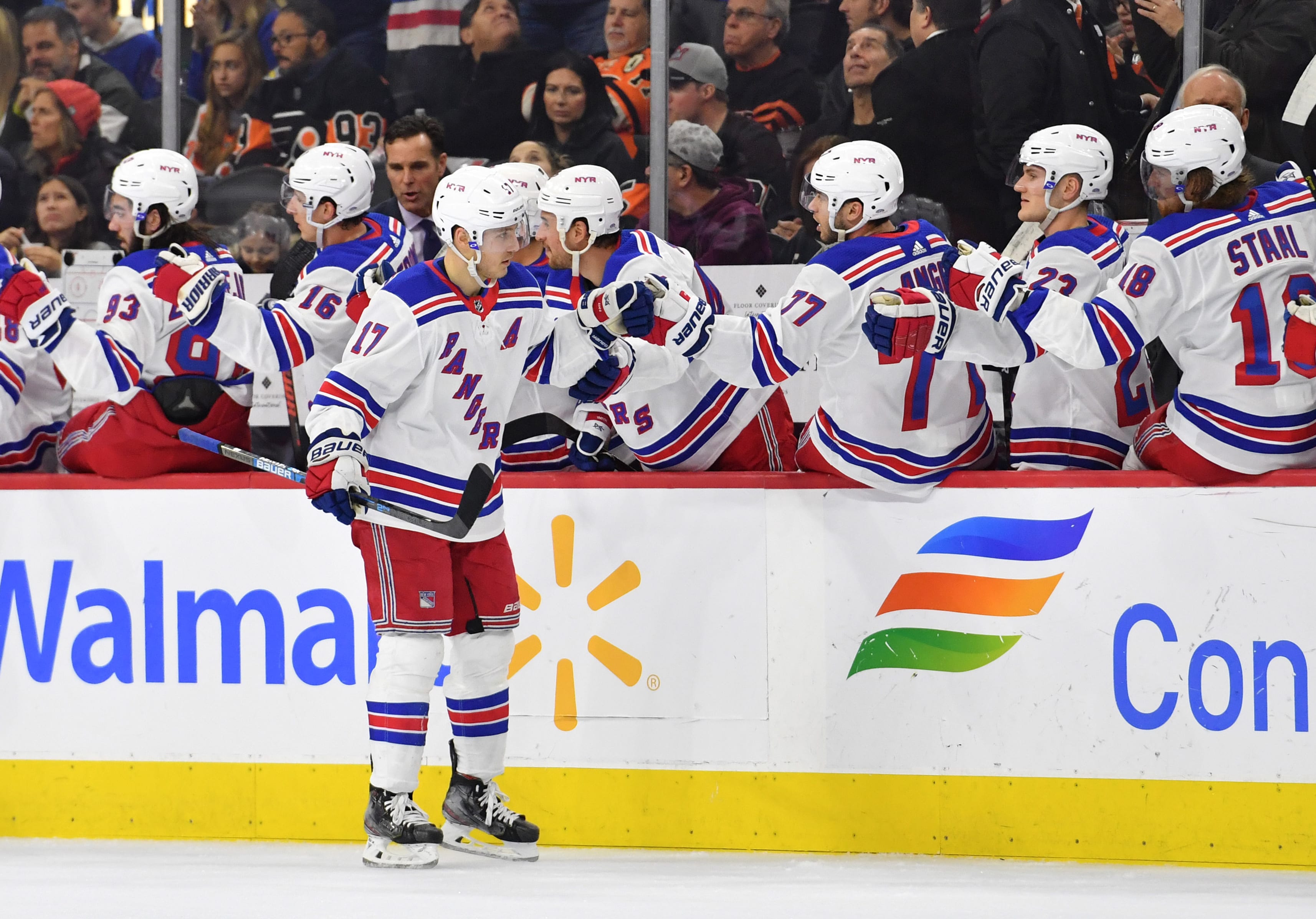 Chris Kreider scored two goals and Igor Shesterkin made 42 saves to lead the New York Rangers past the Winnipeg Jets 4-2. Kreider’s performance solidified him as the number one trade target heading to the Feb 24 trade deadline, but the Rangers continue to negotiate in order to sign the 28-year-old forward.

Pavel Buchenevich and Tony DeAngelo have risen up TSN’s trade bait chart in response to the New York Ranger’s attempt to re-sign Chris Kreider. This is due to the fact that if the Rangers can sign Kreider, they will most likely have to part ways with a combination of Pavel Buchnevich, Tony DeAngelo and/or possibly Ryan Strome in order to stay under the salary cap for the 2020-2021 season.  Alexandar Georgiev dropped out of their list, but the possibility of a trade still exists before the deadline. Kreider still has many potential suitors, even after the Pittsburgh Penguins may have crossed their name off that list by acquiring Minnesota Wild forward Jason Zucker.

Shesterkin removed for concussion check, comes back for the win

Igor Shesterkin recorded 42 saves in the win but had to be removed for a concussion check after colliding with a Winnipeg player. At 8:12 of the first, Shesterkin was crashed into by Andrew Copp after the Jets forward was pushed by Tony DeAngelo. Henrik Lundqvist came in to finish the first period and recorded a save as Shesterkin was cleared and re-entered the game in the second period. Shesterkin is the first rookie goaltender in Ranger history who has made at least 40 saves in two consecutive team games and is the first rookie goaltender who has earned a 40-save win in two consecutive personal appearances. Also, Shesterkin’s 238 career saves are the most by a Rangers goalie in his first seven NHL appearances and the most any goalie has made in his first seven appearances with the Rangers. After the game, head coach David Quinn praised his young netminder by saying From where I sit, it doesn’t matter what league he’s in, it doesn’t matter what building he’s in, it doesn’t matter about anything, he just has a net behind him and he’s going to keep the puck out of it, which is a simple approach and it works.”