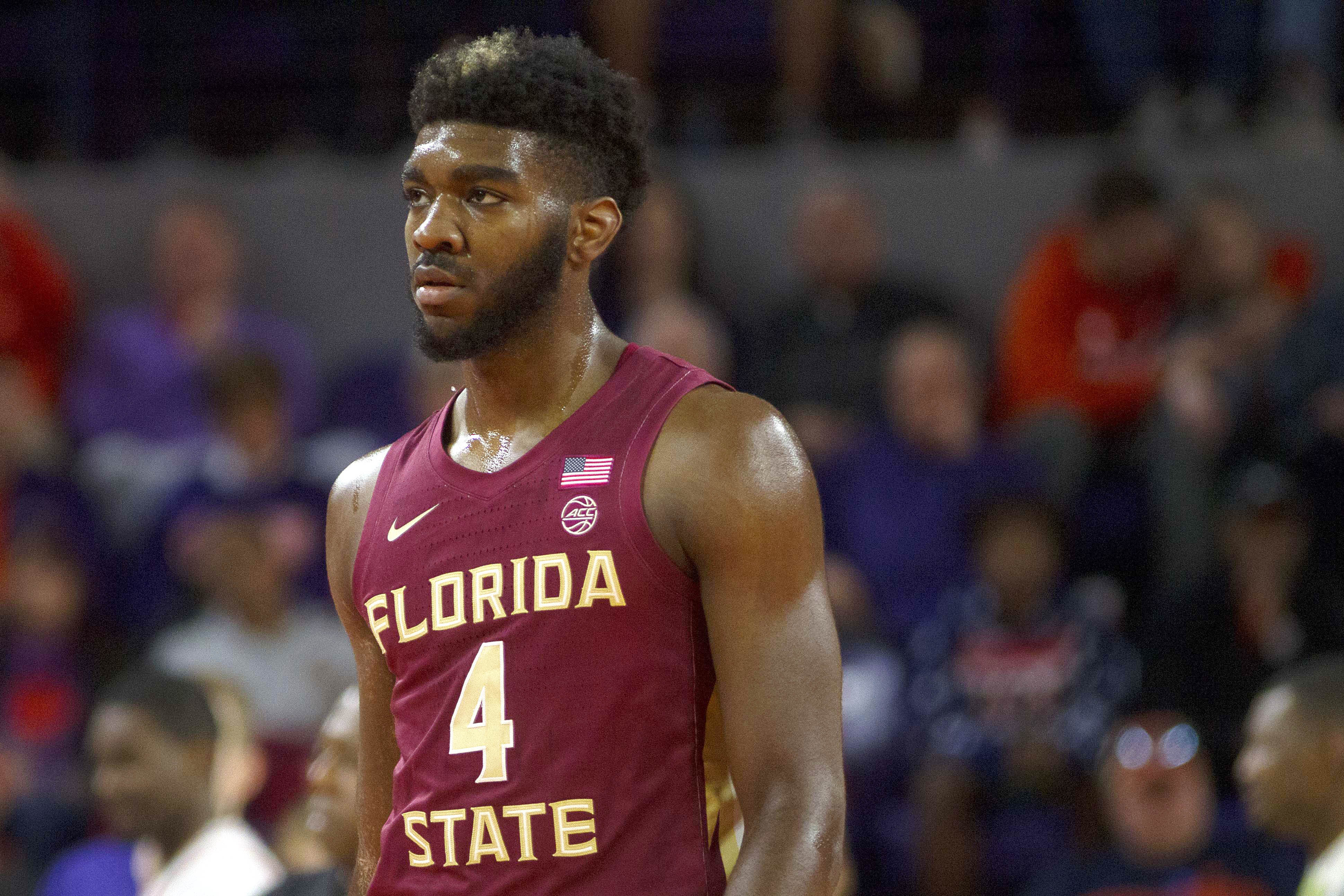 The New York Knicks could target FSU’s Patrick Williams in the draft:

The stretch fours aren’t the sexiest players that can be the lead guy in a championship-caliber team.  But they are often the glue guys who can galvanize a championship team replete with high-volume shotmakers and high-usage stars.

Think of those championship teams that have Robert Horry, Chris Bosh, Kevin Love, Draymond Green, Pascal Siakam, or even the less successful Houston Rockets’ small-ball team that has PJ Tucker and Robert Covington. Or if you’re a New York Knicks‘ die-hard, think of the late Anthony Mason or Larry Johnson.

All these players share the same quality: versatility and defensive tenacity.

Teams in the modern NBA now covet swiss-army knives. This is one of the main reasons why Florida State U’s sixth man Patrick Williams has seen his stock rise ahead of the NBA Draft.  From a prospective mid-round selection, Williams has jumped towards the backend of the lottery in most current Mock Drafts.

And teams started to have taken notice, including the New York Knicks, who have made their due diligence on him along with his 3-and-D teammate Devin Vassell.

What makes Williams intriguing is his combination of size, athleticism, and upside.

“The good thing about Patrick is he’s so versatile. He could play three positions in the NBA with no problem— the 2, 3, and the 4,” Williams’ Florida State coach Leonard Hamilton told Empire Sports Media.

With a body— 6’8, 230 lbs, and 6-foot-11 wingspan— that is NBA ready, Williams looks every pound like the prototypical power forward.  But he’s only turned 19 last August.

The youngest college prospect in the Draft is the only third one-and-done under Hamilton’s program at FSU. The first two were Jonathan Isaac of the Orlando Magic and Los Angeles Clippers’ Mfiondu Kabengele, who were both picked in the first round. Williams could soon join them.

Just like his predecessors, Williams’ numbers in his lone season with the Seminoles aren’t that sexy: 9.2 points, 4.0 rebounds, one assist, one steal, and one block per game, 50.3% and 32% from the two-point and three-point region, respectively.

Numbers do tell a story, but in Williams’ case, it doesn’t tell the whole story.

Hamilton has adapted to the modern way of playing basketball, from load management to playing dribble drives and small ball.  This season, 10 Seminoles have averaged more than 10 minutes with only senior guard Trent Forrest breaching the 30-minute mark. Hamilton’s equal opportunity system may have held his players back in producing gaudy numbers, but it didn’t stop them from flying on the radar of the NBA teams.

Without the guarantee of major minutes, Williams entered Florida State with one thing in mind— to work on the intangibles that will make him a well-rounded player in the next level.

“And I thought that really showed the confidence that he has in his offensive abilities but he really wanted to enhance and develop those skills, the two areas (rebounding and shot blocking) which he thought would make a difference and I think it paid dividends for him,” he added.

Williams did all the dirty work to help the Seminoles win the ACC regular-season championship, something that he would carry to the NBA. He was voted by the ACC media and coaches as the conference’s Sixth Man of the Year and was named to the all-ACC Freshman Team.

Hamilton harped to me what every Draft analysts have already said about his rangy big man.

“He’s quick and he has the athleticism.  He handles the ball very well.  He shoots well from the perimeter.  He’s also a great pull-up guy, has a three-point shot, and drives well to the basket. He’s a tremendous athlete. He can defend all five positions.  He’s quick enough to defend point guards and strong enough to defend post guys. He has great basketball IQ, plays extremely hard and coachable,” Hamilton said.

But while the hype is building up for Williams ahead of the NBA Draft, the Seminoles coach was quick to temper unwarranted expectations that could hinder Williams’ development.

“Patrick is a good scorer.  Sure, he can pass the ball has great basketball IQ but I think he’s probably going to be a guy who could be more involved in rebounding, scoring, and shot-blocking,” Hamilton said.

Most would think it would be a reach to select Williams within the first 10 picks, but it’s not also hard to imagine teams would swing for the fences and get their hands on a 19-year old kid who has an NBA-ready body and is just barely scratching the surface of his potential.

Williams may not have the flashy game nor the star potential, but he has all the makings of a solid role player— a potential stretch four or a small-ball center in a championship-caliber team in the modern NBA in a few years time. 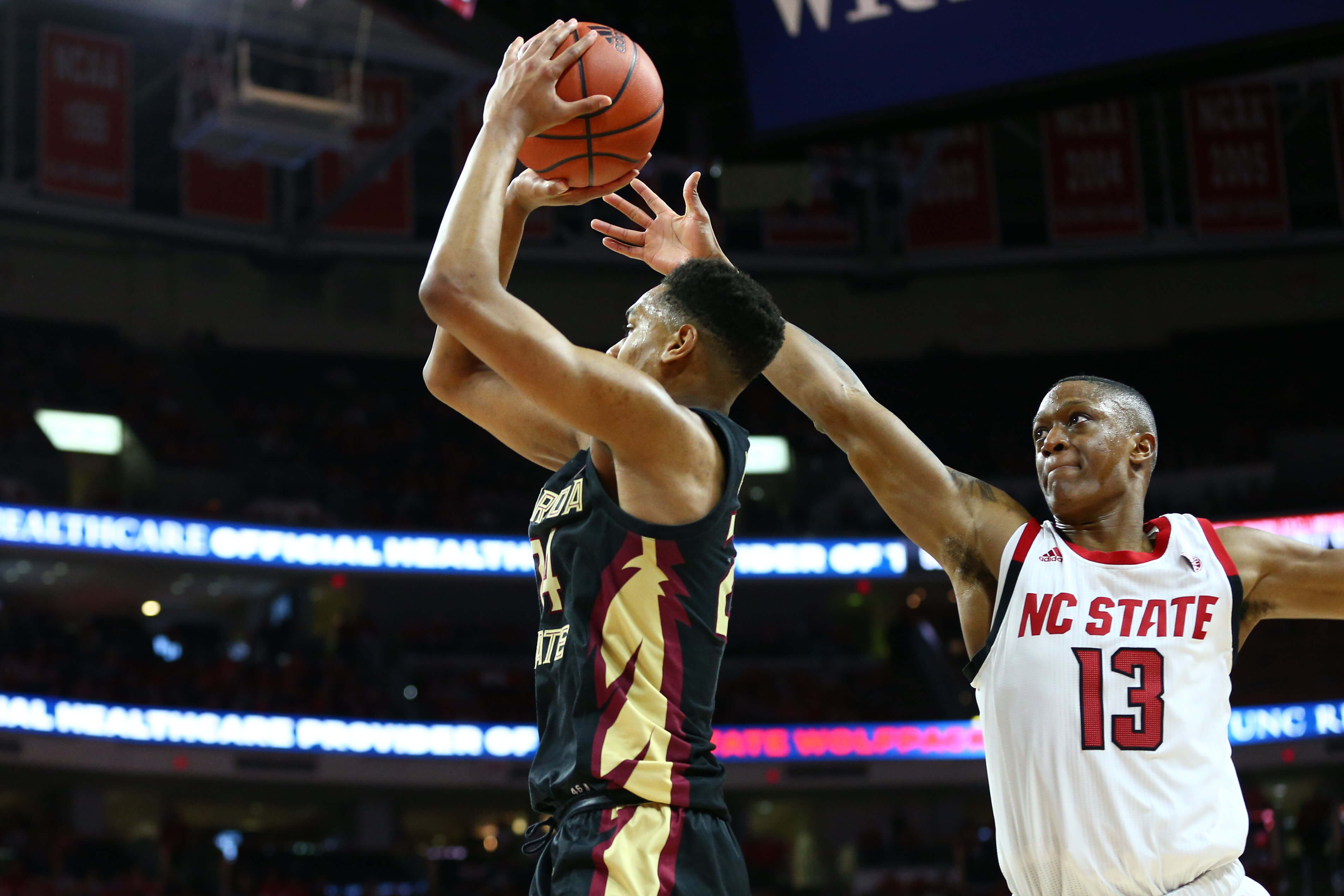 The New York Knicks are not exclusively looking at point guards for their lottery pick in the NBA Draft.

The Knicks, who are slated to pick at No.8 barring any trade, have recently looked at two intriguing prospects that will be available at the second half of the lottery.

Empire Sports Media has learned yesterday that the Knicks have made their due diligence on Florida State University’s 3-and-D prospect Devin Vassell along with his one-and-done teammate Patrick Williams, the youngest college player in the Draft.

According to a highly placed source, the Knicks made a thorough background check on both players which wasn’t only confined to the coaching staff.

When reached for comment, FSU coach Leonard Hamilton neither confirmed nor denied the Knicks’ growing interest in his two-star players.

“[I’ve talked to] Just about everybody in the league who has the opportunity [to pick them]. I am saying, we’ve three kids who we think we’re going to be drafted, so about just every NBA team.  To be honest with you, it’s hard to even remember who all they were.  We’ve talked to so many teams about Trent Forrest, Patrick and Devin,” Hamilton told Empire Sports Media. “I’m not going to give particular names out there.”

A two-way player and a lights out shooter, the 6’6 Vassell could be the safest pick for the Knicks outside a motley of playmakers that will be available to them at No.8.

Vassell has blossomed from a role player as a freshman to a lottery talent in his sophomore year. The small forward made the All-ACC Second Team Selection after averaging a team-high 12.7 points and 5.1 rebounds with second-best 1.9 steals and 0.9 shot blocks.  He also shot an outstanding 41.5 percent from deep, a valuable skill in the modern NBA, while leading the Seminoles to their first ACC regular-season title in 2020.

Several Mock Drafts have pegged him to be picked from as high as 8th to as low as 16th.

“Devin is going to play well regardless of where he goes and the coach he’ll play for.  He’s well prepared. I don’t think it matters [which team picks him].  He’s capable of learning whatever style of play he’ll be asked to do,” Hamilton said.

Williams, on the other hand, is just the third one-and-done player from FSU after Malik Beasley (2016) and Jonathan Isaac 2017). He was named to the ACC All-Freshman Team and won the ACC Sixth Man of the Year after averaging a fourth team-best 9.2 points and 4.0 rebounds, a team-best 1.1 blocked shots, and 1.0 steal.

“He’s young, one of the youngest in the Draft. But I think he’ll fit in very well because he’s so versatile and he has an NBA-ready body,” Hamilton said of Williams.

While Williams is seen more as a project, he has a high upside as a 6’8 power forward who can defend basically all positions in the NBA.

Both players have also made it to the ACC Academic Honor Roll with Vassell making it for the second year in a row.

Hamilton, a three-time ACC Coach of the Year, has pride himself of having a holistic approach to his basketball program.

“We hold academics with a high esteem and our athletes have responded very well,” Hamilton said.

Whether the Knicks would pick Vassell or Williams or somebody else, Hamilton has faith in Tom Thibodeau’s coaching staff that they can turn things around in New York.

“I know Kenny (Payne), I know (Mike) Woodson.  I know a lot of positive things about Thibodeau. I have a tremendous respect for him. I think he’ll (Johnnie Bryant) be a great addition to the staff,” Hamilton said.

“I have a lot of confidence that the new administration at the Knicks will be determined and they are more than qualified.  I think they will do everything to bring back the Knicks’ glory days of the past,” he added.

Meanwhile, the league has pushed back the NBA Draft to Nov. 18 which remains subject to change as circumstances warrant it.

The delay will allow more time for the Knicks and the rest of the league to evaluate the Draft pool which is viewed as the most unpredictable since 2013.