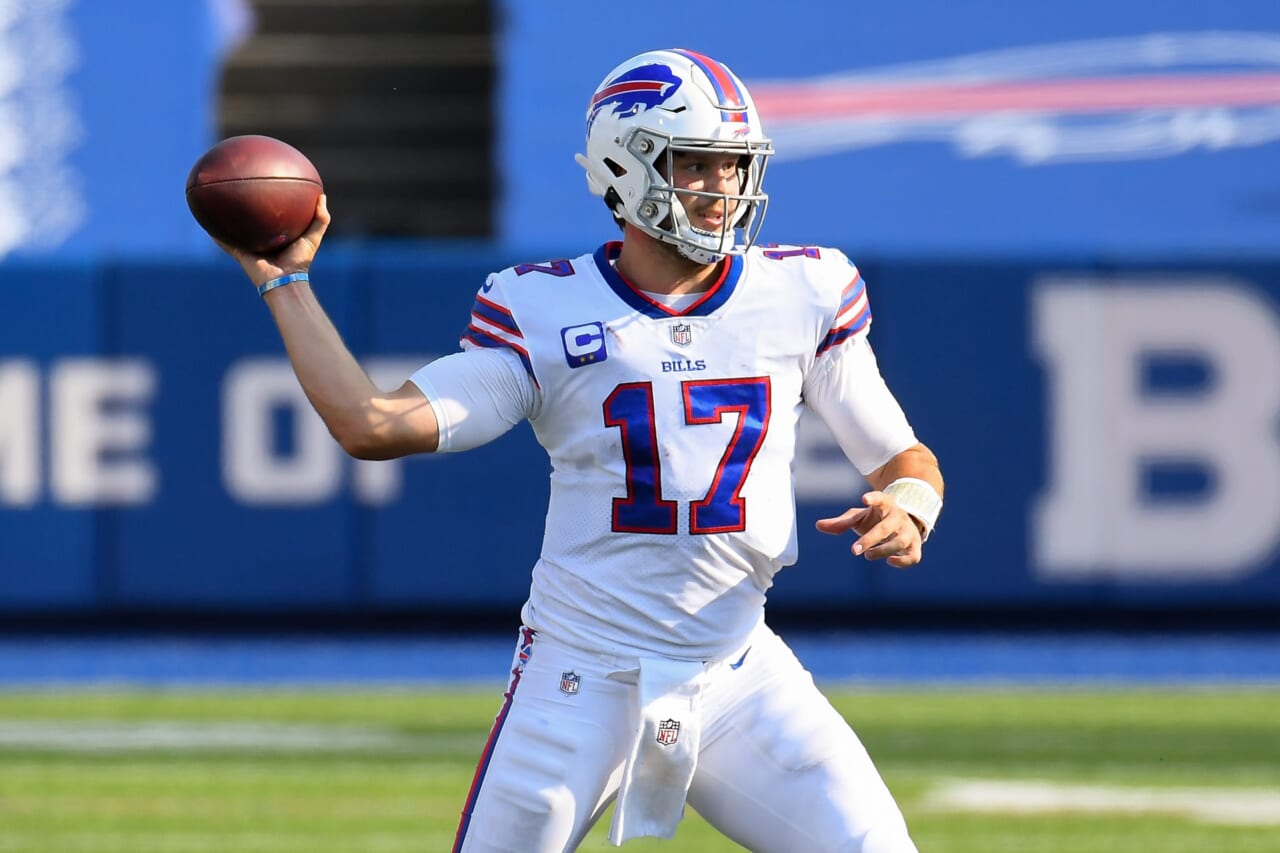 "Why not us? But again we're sitting at 8-3 & 8 wins doesn't win you the division unless you're in the NFC east…" ðŸ˜‚ðŸ˜‚ðŸ˜‚@JoshAllenQB on the #Bills leading the #AFCEast #BillsMafia #PatMcAfeeShowLIVE pic.twitter.com/cLxpFihYzo

Buffalo Bills QB Josh Allen knows a thing or two about beating the NFC, having gone 3-1 against the division’s quartet last season. He earned another win against the tragic foursome during an appearance onÂ The Pat McAfee ShowÂ this weekend.

Speaking with the former NFL punter, Allen was asked about the Bills’ ongoing question to clinch their first AFC East title since 1995. Buffalo sits at 8-3 heading into their Monday night showdown against San Francisco in Glendale, Arizona (8:15 p.m. ET, ESPN/ABC), one game ahead of the Miami Dolphins (7-4).

McAfee discussed the current state of the division, noting that the New England Patriots (5-6), winners of all but three division titles in the new century couldn’t be counted out despite their dismal record and that the dismal New York Jets (0-11) were simply “whatever”. He asked Allen if there was a sense of “why not us” in Buffalo’s journey. That’s when Allen revealed his roast.

â€œExactly, why not us?” Allen rhetorically asked. “But again, weâ€™re sitting at 8-3. And eight wins doesnâ€™t win you the division unless youâ€™re…” he paused before somewhat sheepishly adding “in the NFC Eastâ€ with a smile.

The comment sent McAfee and his off-screen co-hosts into hysterics, one of whom cheers in support. McAfee tells Allen “that was awesome” before Allen gets the interview back to serious matters.

Allen also further praises McDermott, saying that he has “been doing a great job with us”. The full interview can be found here.

If anyone knows of the former glory of the NFC East, it’s the Bills, whose four consecutive Super Bowl defeats came at the hands of three teams from the division (the New York Giants, Washington Football Team, and the Dallas Cowboys, the latter beating them twice). But the modern NFC East has become a cesspool for disappointing, sloppy football, as every team in the division is at least three games under .500 as December football opens. The Giants are the current leaders with a 4-7 record, owners of a head-to-head tiebreaker with Washington. Behind them, the Philadelphia Eagles sit a 3-7-1, while the Cowboys are 3-8. The winner of the division will likely have the lowest win percentage of any NFL playoff team in the modern era, topping the 2010-11 Seattle Seahawks, who won the NFC West with a 7-9 record.

Despite the division’s ineptitude, its teams routinely appear in high-profile television slots. For example, Dallas will make up a date on Fox and NFL Network’s Thursday Night FootballÂ package on Tuesday against the Baltimore Ravens (8:05 p.m. ET, Fox/NFL Network).