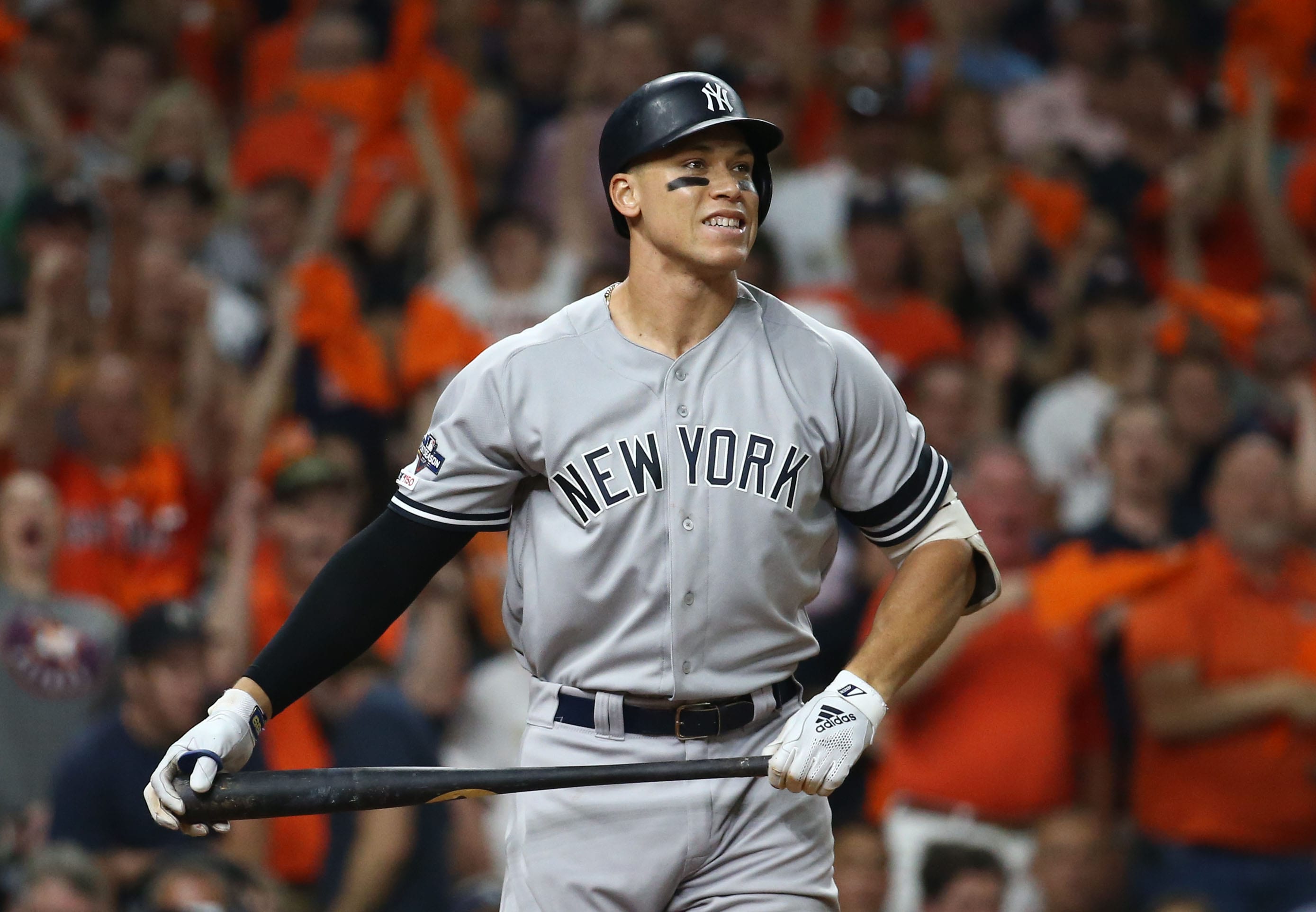 Aaron Judge is the face of the New York Yankees. Gleyber Torres is giving him a run for his money, but the team is all about Judge right now. That being said, they ought to be concerned for him.

Yes, taking a pitch on the wrist is not exactly his fault, but that makes all four seasons of his career where he’s been dogged by injury.

His rookie season was cut short by a lat injury. He played less than 30 games after getting called up in July (I was there, and yes, the home run was THAT majestic). They shut him down to help preserve him.

Yes, he played a full season in 2017. But he was bothered by injury most of the second half of the season. His offense took a nosedive after June, and he needed to remove debris from his throwing shoulder surgically.

I’ve documented Hick’s injury history. Giancarlo Stanton has been hampered by various soft muscle injuries throughout his career, due to his size and physiology. Aaron Judge is taller than Stanton and has similar physiology to Stanton. Think about it… all of our outfielders last year played just barely half a season each, paving the way for Brett Gardner’s offensive juggernaut of a season.

We saw last year that we can get by without Stanton, even though he improves our lineup twenty fold. Someone will replace Hicks regularly throughout his current 7-year contract. We won’t miss him as much as others think we will. But Judge needs to stay healthy for 120+ games a season. He can be better than Mike Trout. But he hasn’t been able to prove just what he’s completely capable of yet. What if that 2017 season is the best we ever see of Judge. It’s too much of a risk.

The New York Yankees’ top priority for 2020 is to ensure Aaron Judge stays healthy for an entire season. 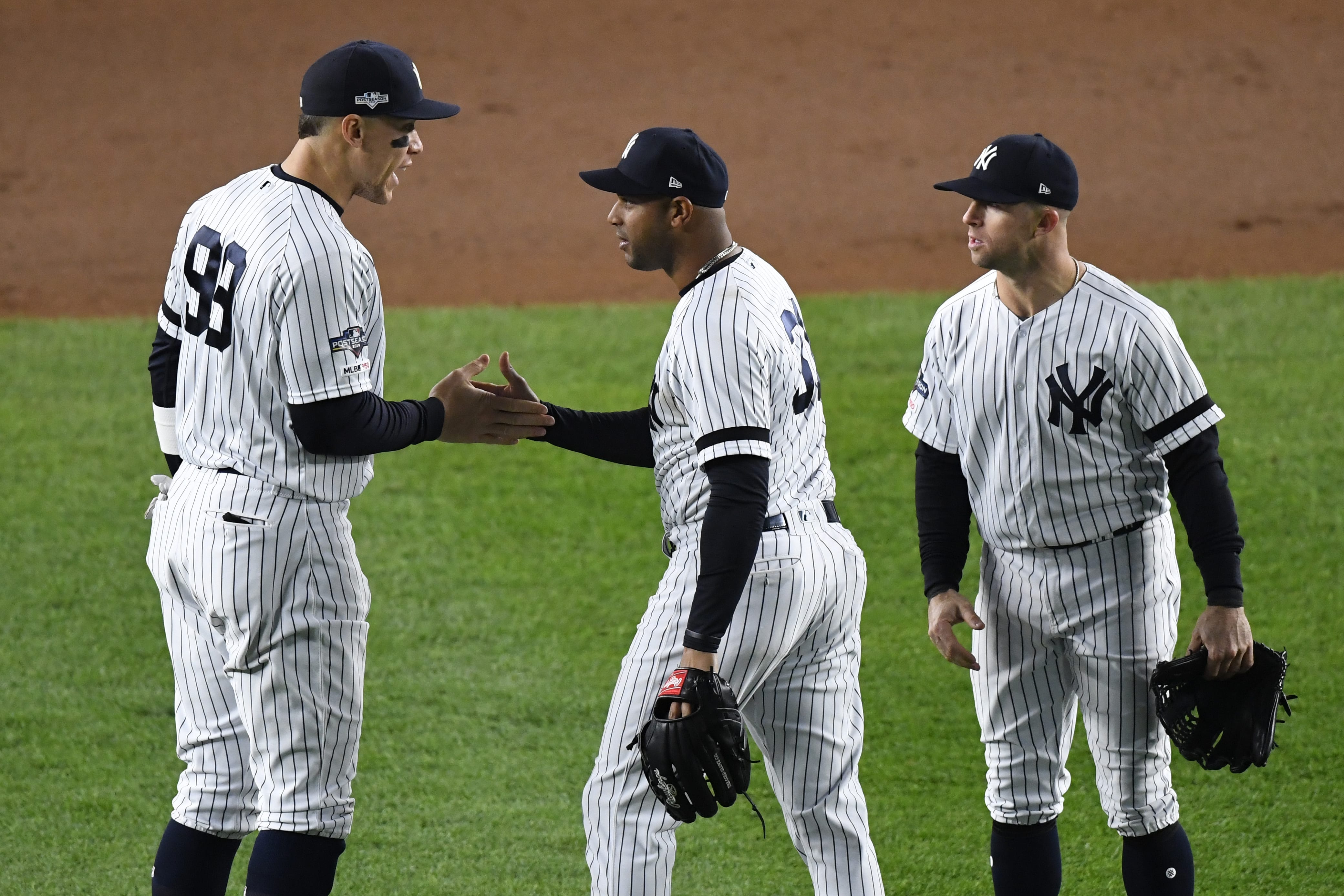 Giancarlo Stanton, as I’ve written before, is a more than serviceable outfielder who was moved from right field to left. Should Aaron Judge go down for an extended period of time, which he could (look at his injury history), you can just as easily slide Stanton back over to his natural position if you need him to play that outfield.

Aaron Judge is more than capable of putting up MVP caliber seasons. He probably would’ve won the MVP in 2017, and there are those who are saying he should after the discovery of the Astros cheating scandal. If you were to stick Judge and Mike Trout in the outfield together… wow. Those are two fantastic outfielders who can RAKE! Judge is really the only outfielder who can’t be moved as he’s exclusively been a right fielder his major league career.

Mike Tauchman is the team’s obvious 4th outfielder. He’s played everywhere, with his most experience coming in the corner outfield positions. But, if his offensive capabilities during the season show what he’s capable of as an everyday player, he could become a central piece of the outfield for the next 5-10 years.

Tyler Wade, while predominantly an infielder, but does have experience as an outfielder. Should two of our corner outfielders go down (Stanton and Judge are pretty injury prone so it’s not out of the question), we can stick Wade in either corner outfield spot to help plug the leak until they come back. Because, our 5th option, isn’t exactly the best.

We could stick Clint Frazier out there as a worst case scenario, but you got to be very careful. His defense is just that bad. I mean… look at the fact that the guy was taken out for defense IN MAY last year. That’s how much confidence they have in Frazier as an outfielder.

The corner outfield isn’t nearly as dire as center field or shortstop, but the health of some injury prone players will play a big part in the 2020 New York Yankees.