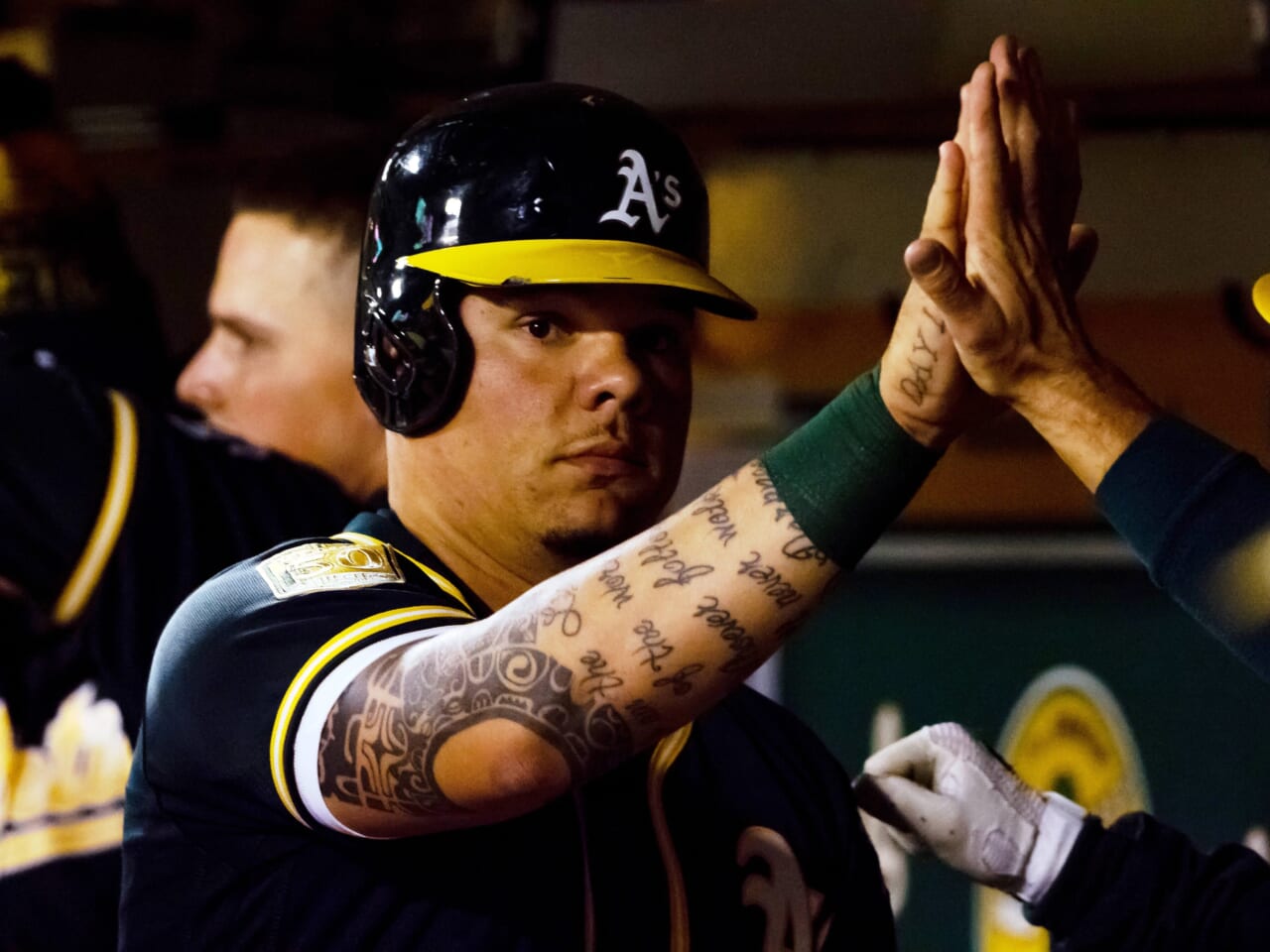 With the election day hangover sweeping through the news cycle, the New York Mets were active on the free-agent market. The big fish of Trevor Bauer and J.T. Realmuto are still on the market but the Mets scooped brought in 11 players on minor league deals. Five were in the organization this year but Jose Peraza and Mallex Smith highlight the group of outsiders.

The five Mets returning to the team are Johneshwy Fargas, Jake Hager, Harol Gonzalez, Bruce Maxwell, and Luis Carpio. Fargas is a centerfielder with supreme speed, stealing 235 bases over seven minor league seasons. His minor league batting average of .255 with a .342 has kept him back.

Hager is a 27-year old utility infielder who is still waiting on his first major league action. He has recorded slugging percentages over .400 in his last two minor league seasons.

Gonzalez is a right-handed starter who suffered from the canceled minor league season in 2020. He pitched to a 3.01 ERA in a career-high 137.2 innings between AA and AAA. Gonzalez should scratch the surface of the big leagues in 2021.

Maxwell is trying to revive his career after spending 2020 in the Mets alternate site. He is known as the first MLB player to take a knee for the National Anthem and hit 24 home runs in the Mexican League during 2019.

Carpio is entering his eighth year in the Mets organization but is just 23-years old. His hitting has kept him in the lower levels of the minors with a career .246 average and 20 home runs.

New Kids on the Block

Mallex Smith was a hot commodity after the 2018 season. His slash line of .296/.367/.406 with 40 stolen bases proved him to be a quality leadoff hitter. It was one of the reasons why they traded to get him back in 2018 after dealing him in the previous offseason. Smith’s bat tailed off significantly to .220/.290/.323 over the last two seasons. While he still stole 48 bases, he also tailed off defensively. As a minor league pick up, it is a good low-risk move.

Jose Peraza has a similar career arc to Smith; a promising contact hitter who has not replicated those numbers in the last two seasons. From 2016-2018 Peraza slashed .284/.320/.382 compared to .236/.283/.345. Peraza also saw his strikeout rate increase and his defense at second base decline over those poor two seasons.

Arodys Vizcaino‘s career has been plagued by the injury bug. He has undergone Tommy John and torn labrum surgery but still maintains a 3.01 career ERA. Vizcaino still throws in the upper 90s and if the Mets can keep him somewhat healthy, he could be a steal in the bullpen.

Oscar De La Cruz is a right-handed pitcher heading into his age-26 season. The intrigue from the Mets comes from his 2019 season where he had a 3.64 ERA over 96.1 innings with 105 strikeouts. It was his best season in the minors, with a majority of it being spent in AA.

Mitchell Tolman is the final signing and spent his entire minor league career with the Pittsburgh Pirates. Tolman plays a handful of positions and had a chance to move up the ranks in their organization if the minor league season was not canceled. At 26 years old, Tolman’s .364 minor league OBP and ability to play multiple positions is part of what garnered the Mets interest.