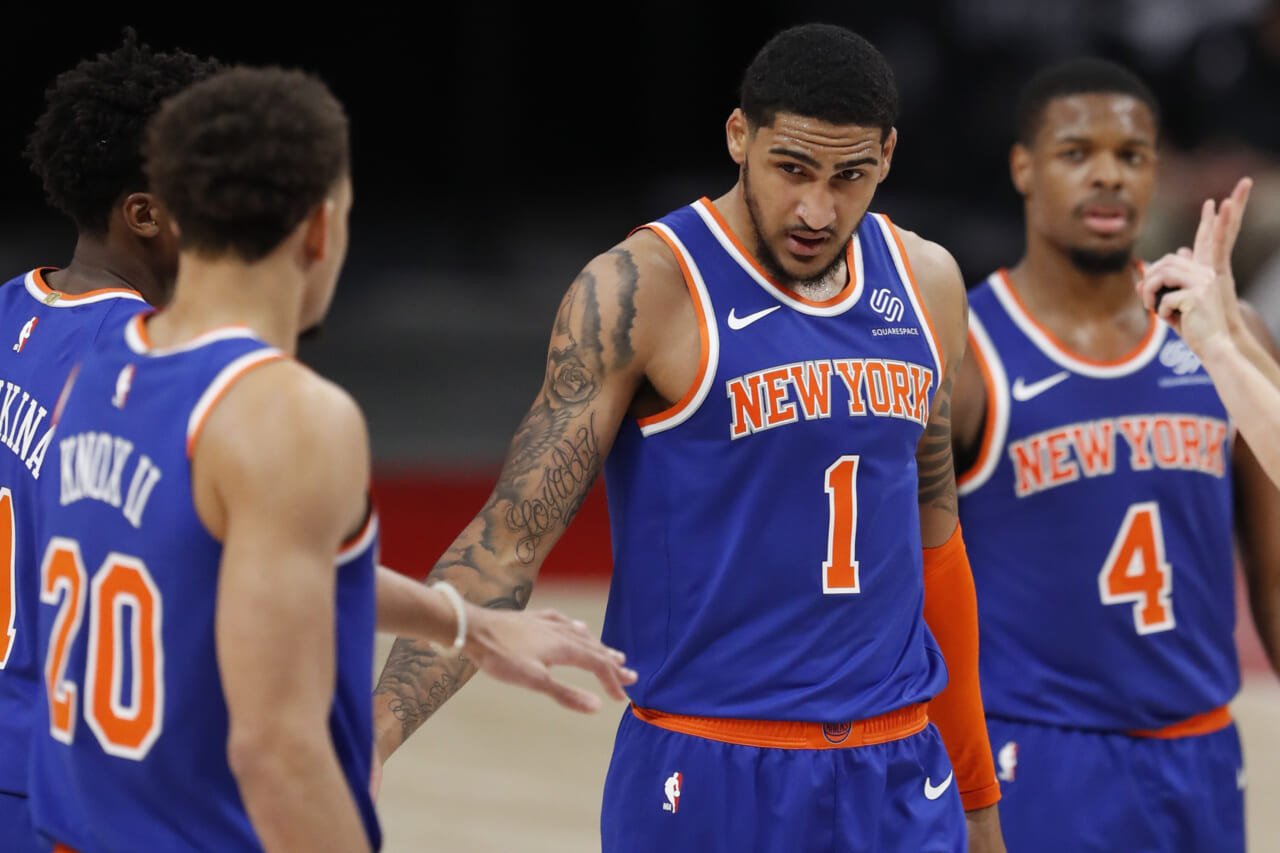 New York Knicks’ 8th overall selection Obi Toppin didn’t get the usual rookie offseason. No Summer League took place, and training camp was pushed back to December 2020. To make matters worst, Obi Toppin missed his first 10 out of 11 games this season. The athletic forward’s undesirably slow start early this season may very well be attributed simply to rust and inexperience.

Obi Toppin is struggling from three-point territory. The former Dayton star is shooting .182% from the three-point line along with 4.4-points and 3.1-rebounds over his last 7 contests. The 6’9″ 220lbs high flying forward is getting used to his teammates and the NBA game by game.

Thibodeau and the rest of the Knicks coaching staff have been drilling defense into both rookies, Immanuel Quickley & Obi Toppin. The Brooklyn native’s work ethic is sincere, especially upon his arrival at training camp. Toppin scored a franchise-record on the conditioning test which mostly consisted of running drills. Knicks assistant coach Kenny Payne worked with the 22-year-old heavily in the gym early in the 2020 offseason.

Toppin’s best game this season came against a sluggish Boston Celtics team who was missing superstar Jayson Tatum. The Knicks rookie scored a season-high 12-points on 5-8 shooting to go along with 5-rebounds, and one blocked shot.

Overall, it will take time for Toppin to adjust. Fans worrying is definitely understandable, however, Toppin, along with many other rookies, are facing abnormal NBA transitions from the NCAA. Toppin also sat 10 games due to a strained calf. Once the game begins slowing down for Toppin, sky is the limit, especially when factoring in his natural physical abilities and basketball IQ.