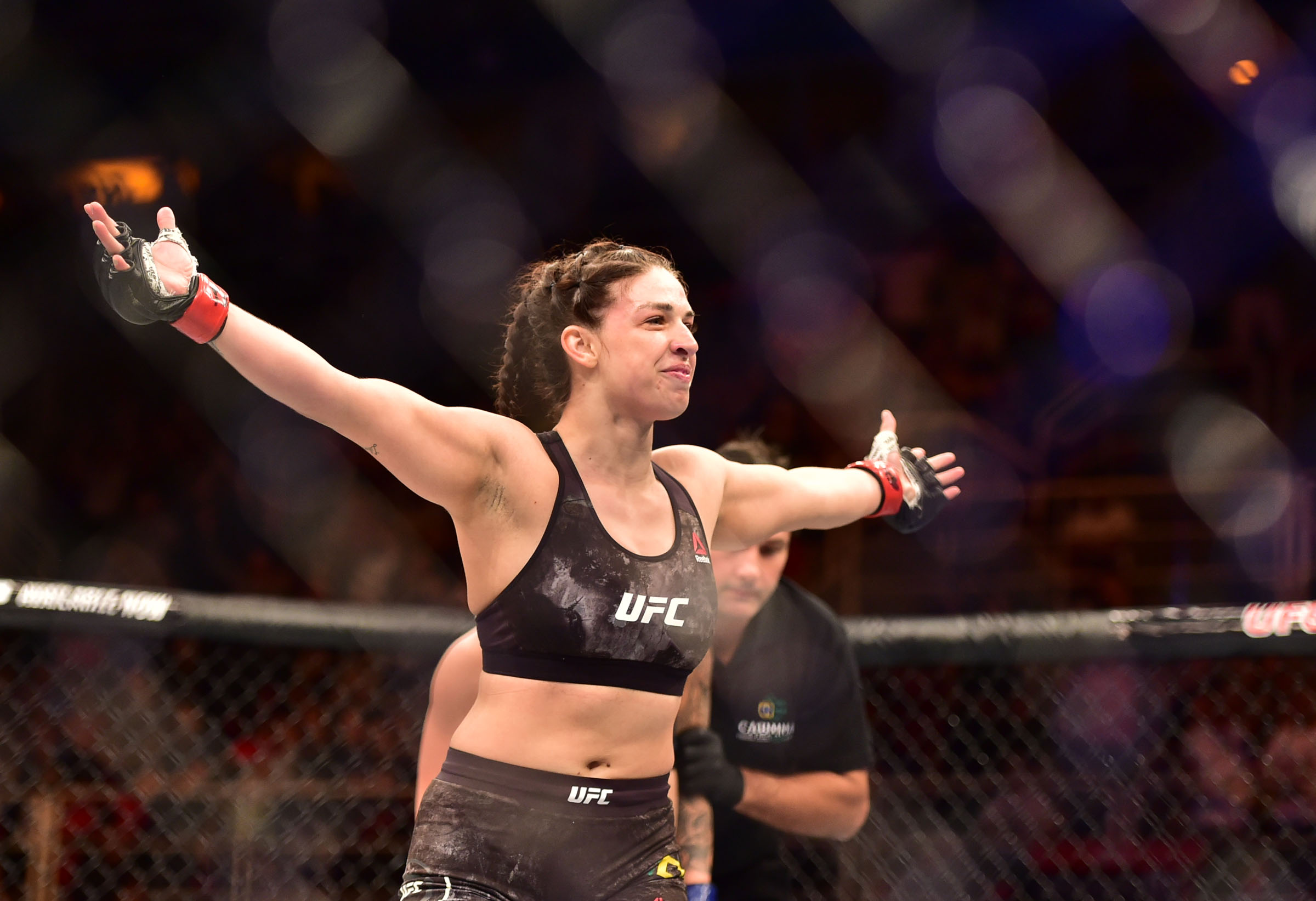 Tomorrow on the main card of UFC Vegas 23 we are going to see a pretty important matchup in the strawweight division. Top eleven contenders will battle it out as Mackenzie Dern (10-1) takes on the returning Nina Nunes (10-6).

For Nunes, this is her first UFC appearance since giving birth last year. She has not competed inside the octagon since June of 2019 so it’s been almost a two year layoff for the fifth ranked strawweight in the world.

Nunes has had a very interesting tenure in the UFC so far. She made her debut back in 2014 and it didn’t start out well. She lost a decision to Juliana Lima. Then she had a year off before losing another decision to Justine Kish.

Following the back-to-back losses, Nunes had another year in between fights. However, when she returned to the UFC, she looked better than ever. Nunes won four straight which included wins over Angela Hill, Randa Markos, and former title challenger Claudia Gadelha.

The last time we saw Nunes was at UFC 238 where she lost a decision to Tatiana Suarez. It will be interesting to see how Nunes looks in her return after this layoff. Someone who knows all about that kind of a layoff is Mackenzie Dern.

Dern is one of the most hyped strawweights in the UFC. She is one of the best jiu jitsu practitioners in the world and she’s shown that off to the tune of six slick submissions in her career.

Like Nunes, Dern took a year and a half off after having a baby. She lost her first career fight in her UFC return, but since then, she’s been sensational. Since her loss to Amanda Ribas, Dern has gone 3-0.

This is a really tough matchup to predict at UFC Vegas 23 and honestly I would stay away from it if I was a betting man. My biggest question mark is around how Nunes is going to look upon her return.

If both fighters were fresh and active, I really like Nunes. She has the grappling defense to keep this standing and I think everyone would agree that she is better and more fluid on her feet than Mackenzie Dern.

While Dern has made improvements, Nunes is the better striker. However, is Nunes going to be tentative and uncomfortable in her UFC return? Will there be any rust? Dern has won three fights in the last 11 months so we know that she’s ready to go.

I’m incredibly torn on this matchup, but I’m going to lean slightly towards Mackenzie Dern. If Nunes comes out looking like the same fighter she was in the third round against Tatiana Suarez, I think she can easily win this fight.

However, there are just too many questions around her UFC return. With Mackenzie Dern, this fight only needs to hit the mat once for her to find a submission. When she has that ace in the bag and factoring in how active she’s been, it’s hard to pick against. 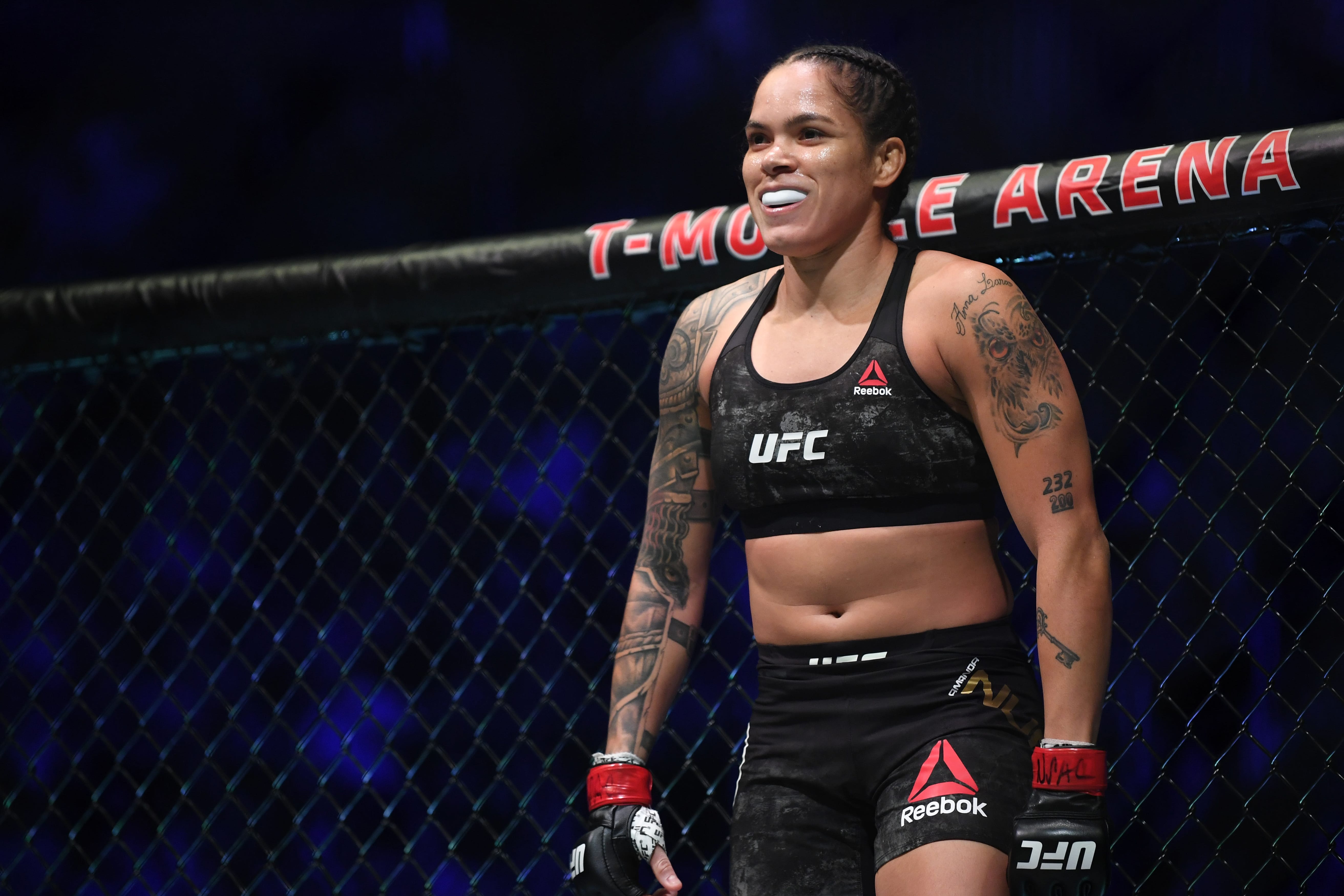 The greatest female fighter in UFC history is considering walking away from the sport. In an interview with Esporte Espetacular, Amanda Nunes said that there’s nothing left for her in the sport of MMA. “I’ve achieved everything I wanted. . . I can go on with my life, maybe a new step, maybe find new talents,” Nunes said in the interview.

When you sit back and think about it, there really is nothing at the moment for Amanda Nunes. In talking about proposed superfights, I suggested that the UFC needed to pair her and flyweight champion, Valentina Shevchenko, up one more time. Nunes holds a 2-0 record in their series, but the last fight was very controversial. However, UFC President, Dana White, said that Shevchenko would fight strawweight champion, Weili Zhang, before she would fight Nunes again. If there’s no Shevchenko fight, who is Nunes supposed to fight at this stage in her career?

There are a couple of solid contenders for Nunes, but there’s no matchups that are remotely interesting. That’s no knock on the ladies that are lined up behind Nunes, but it’s a testament to just how good the champ is. I don’t see any competitive fights for her at 135 or 145. I think the only fight you could sell would be Megan Anderson, but Nunes just destroyed Felicia Spencer who just beat Anderson not too long ago. The only woman who can hang with her is Shevchenko, and that fight is not happening. Maybe it is time for the champion to walk away from the sport, at least for a while.

“The Lioness” has accomplished more than any other woman in UFC history. She’s the only woman to hold a belt in two weight classes at the same time. She’s the only fighter in UFC history to successfully defend both titles while holding onto them. She’s knocked out Ronda Rousey, she’s knocked out Cyborg, she’s knocked out Holly Holm, and she holds two wins over arguably the second greatest female fighter of all time, Valentina Shevchenko. Nunes is about to become a first-time mother with her wife and fellow UFC fighter, Nina Ansaroff. With nothing left to prove, maybe it’s time that she takes a step back and focus on other things in her life. At just 32-years-old, Nunes doesn’t have to walk away forever, but maybe it’s time to take a break from fighting. Maybe down the road she can return for a superfight if a new dominant champion emerges. Until then, there’s nothing left for her to prove. She can walk away now with no reservations as the greatest female UFC fighter we’ve ever seen.