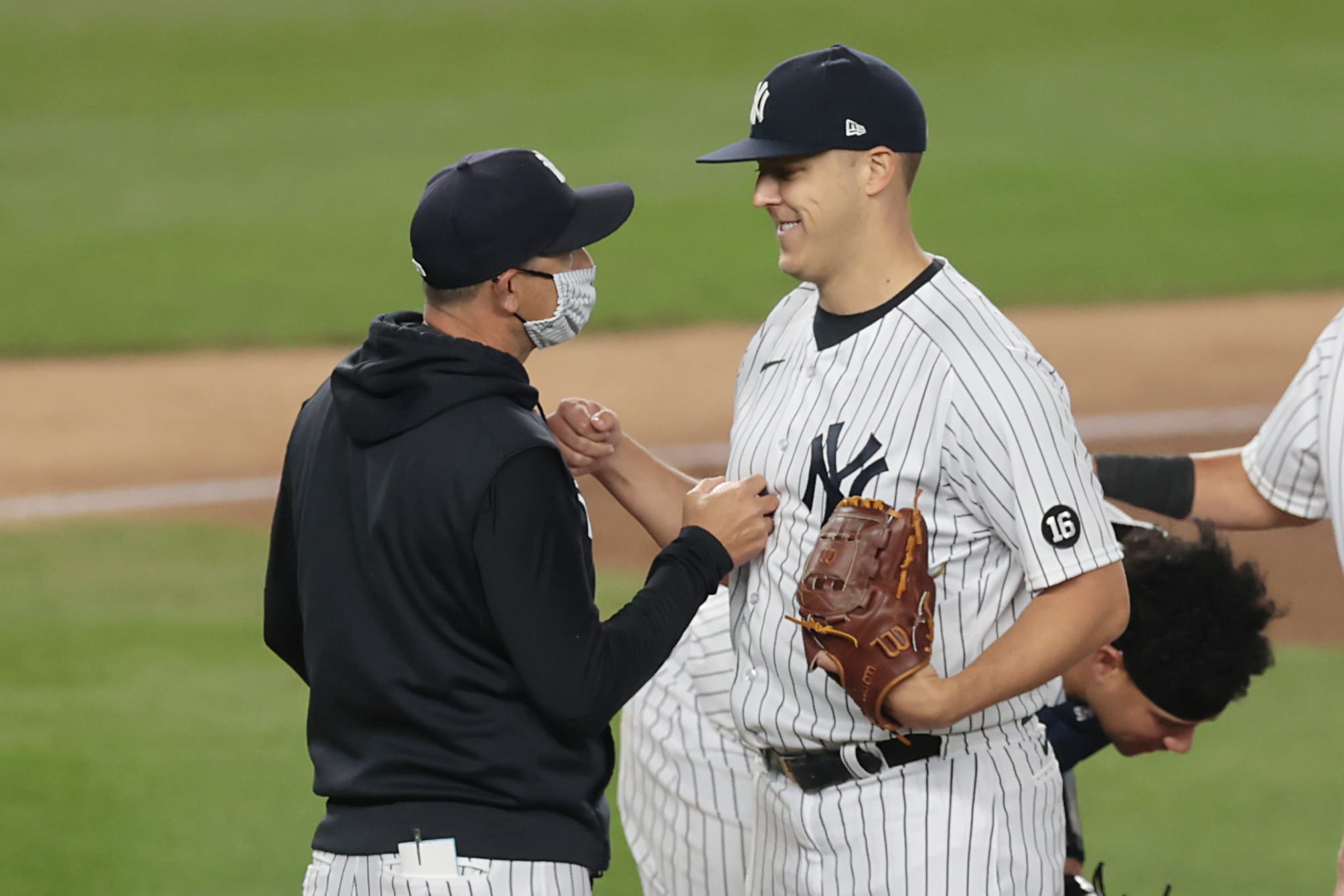 With the New York Yankees winning three of four against the Seattle Mariners, they went into beautiful Kauffman Stadium in Kansas City, hoping to win this first game against the Royals to set up another series win. The Yankees are 8-2 in their last ten games and 6 games behind the AL East-leading Tampa Bay Rays. Instead, in the early morning end, what they got was one of the wildest games of the season. The Yankees won in the eleventh inning, 8-5.

Another strong outing for Jameson Taillon

Jameson Taillon, who was named the pitcher of the month in July, continues to pitch well in August. In his two starts in August, he has had two 6 plus inning games that the Yankees have one. Last night he was not quite as sharp as but still pitched six innings allowing just one run for the Yankees. For the first time this season, Taillon has lowered his ERA to below 4; it now sits at 3.82.

The Yankees play an 11 inning “wild one”

New York Yankee and Royal fans who were willing to stay up beyond the one o’clock hour in the East got to see and experience one of the wildest games of at least this season. The game had a little of everything across 11 innings of back and forth play.

It was the second game in a row with no scoring by either team through six innings. As I said, nothing happened in the early innings, but in the eighth, it went wild. When a bad balk call on Loaisiga in the eighth allowed Nicky Perez to walk with one on and no outs, manager Boone came out to argue the call and was thrown out of the game.

In the eleventh inning, Lopez was hit in the jaw with an awkward bounce from a ball hit by Brett Gardner; it was very reminiscent of a 1960 ball that hit Tony Kubec in the throat. Miraculously after a time, Lopez was able to stay in the game.

But in the end, the wildest thing in the game was both teams’ back and forth lead. The Kansas City Royals were the first team on baseball that had erased a deficit in the 7th, 8th, 9th, and 10th innings since 1900. For the New York Yankees gave up the lead in that many innings. The Yankees became the first team to ever blow the save four times and still come back to win the game. But with guts and glory, they put the Royals away in the top of the eleventh, scoring an additional 3 runs.

At the top of the eleventh, with Greg Holland on the mound and Gallo as the ghost runner on second, LeMahieu doubled, driving in Gallo as the Yankees again took the lead for the fifth time. Luke Voit lined out to short. Odor pinch-hitting ground out to first, but LeMahieu advanced to third. Tyler Wade walked for men on the corners and two outs. Higahioka walked, loading the bases with Yankees for Brett Gardner, who singled with LeMahieu and Tyler Wade scoring. Stanton ground out to short to end the half. New York Yankees 8 Royals 5.

The result of this game is that it was one of the hardest-fought games by two teams this season. But in the end, the New York Yankees were victorious. After showing his frustration just the day before, Luke Voit hit a homer last night.

For the past month, it’s been one thing after the other on the injury front, from injured players to the recent Covid outbreak among pitchers and hitters alike. I won’t go into all of them, but pitching ace Gerrit Cole and Jordan Montgomery are out on the Covid list, while Domingo German is out with elbow soreness. That’s three of the five starting pitchers gone. The New York Yankees presently have 20 injured or Covid list players.

The most recent hitter to go on the Covid list is newly acquired hard-hitting Anthony Rizzo. In a Mariners game, shortstop Gleyber Torres jammed his finger sliding into a base; he has just been put on the 10 day IL. Yesterday Aaron Boone announced that the recovering Gold Glove like Gio Urshela was expected to be back with the team for the final game of this KC series but suffered a setback and was sent back to New York. All of this has left Yankee fans wondering what next, and will this ever end?