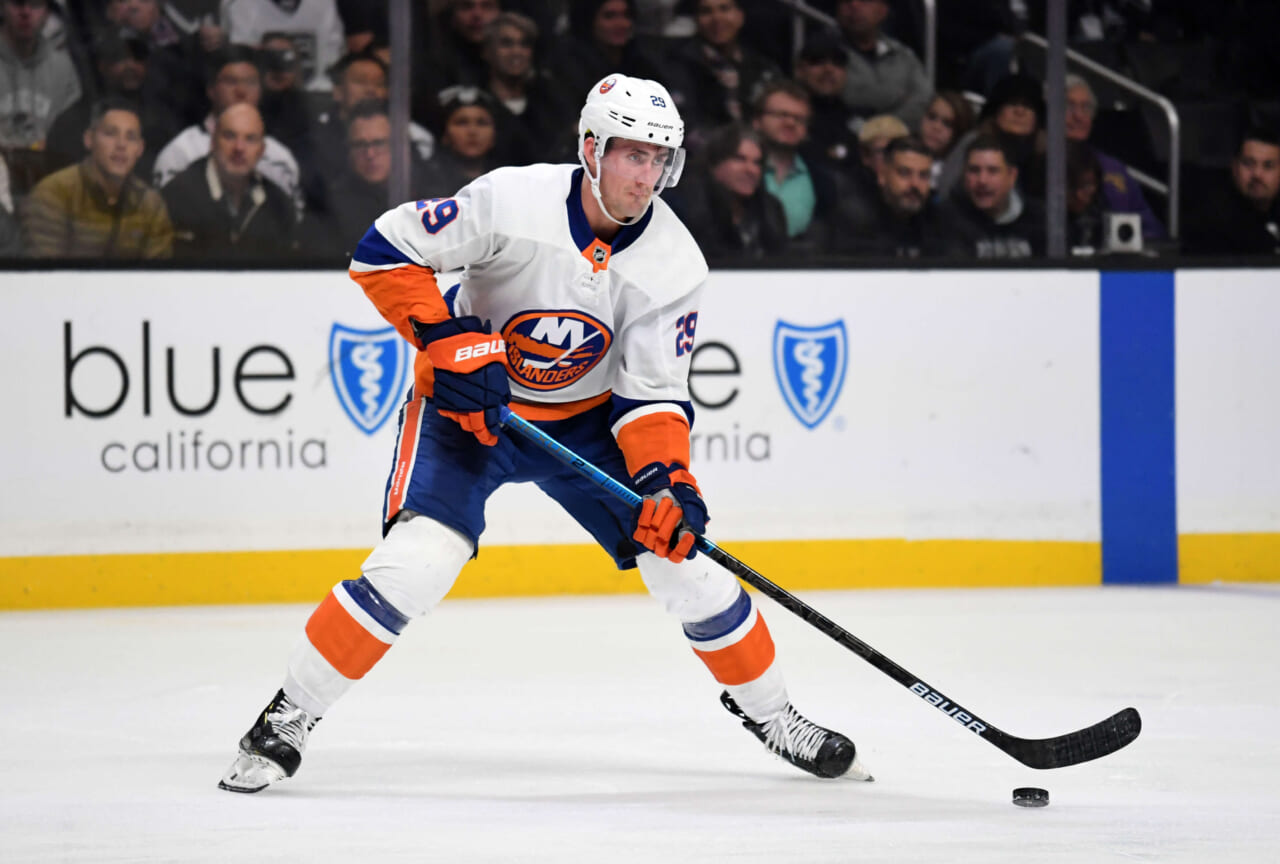 The New York Islanders‘ season is officially over. And as sad as it is to hear that for Isles fans, the team took a huge leap this year. There aren’t questions on if the team can make a deep run, but the question is how far now. The Hart trophy is the trophy given to the MVP of the NHL. There is no one on the team who was in contention for the award, but team awards still exist. I will include playoff performance here as well. So, without further introduction, let’s see the winner and runner-ups of the Hart Trophy for the Isles.

Brock Nelson was the best player on the Islanders this year, so he takes home the Hart trophy. He finished on 5 points behind Barzal in the regular season. Nelson possesses the best shot on the team by far, and he’s arguably the best two-way forward as well. Nelson’s forechecking is absolutely phenomenal, it’s what makes the 2nd line so dangerous. His playoff play wasn’t superb, but scoring isn’t everything. Nelson is the best shooter, 2nd best faceoff guy, a great penalty killer, and one of the most dangerous weapons the Isles have.

I only have to say this once, but when Mat Barzal learns to shoot more, he will win the Art Ross trophy year after year after year. Barzal is outright deadly when he shoots; the problem is, it’s sporadic. Barzal had to be triple-teamed against the Lightning, and still, he got by every one. He’s the best passer in the NHL. He’s one of the fastest skaters in the NHL. The best part is, he’s only 23. The Islanders have a gem in their hands who can become one of the very best very soon.

There was a point in the offseason where I said, “there’s no reason for Beau to get resigned; he’s not going to develop soon enough.” Wow, did he prove me wrong. Beauvillier always was the guy for the Islanders all throughout the season. His forechecking is unmatched by anyone. He’s the 2nd fastest player on the team. Beau’s shot has improved vastly; it used to all be just five-hole shots, now he can pick his corners. He’s insanely smart with the puck and creative off the puck. Beau produced tons of memorable moments for the Isles, especially in the playoffs; it’ll be awesome to see him continue to grow.