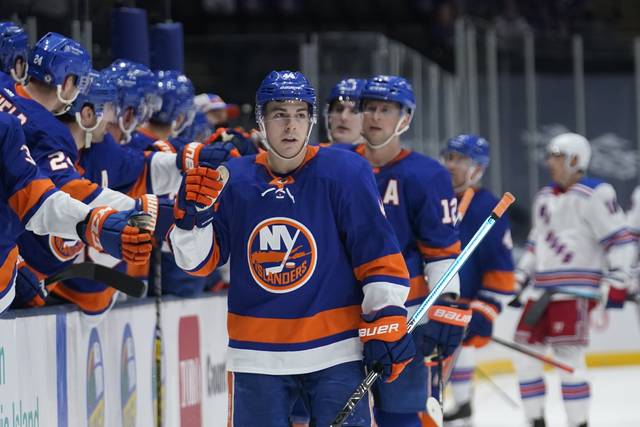 With the month of September beginning tomorrow, hockey season is getting closer and closer. That means it’s also time for those in the betting community to start making their decisions on which teams are worthy of wagering on.

Looking at the updated odds, it’s clear the Islanders are one of those squads that could be a very solid bet in regards to where the oddsmakers see them in their own division, conference, and the league.

Note*: the list of odds was updated on August 29th and are subject to change.

It’s surprising that those odds aren’t lowered after the team’s back-to-back appearances in the third round, and that they are getting back a healthy Anders Lee and have the arguably the best goaltending duo in the league. Even more questionable is the few clubs in front of them — the Penguins, Panthers and Maple Leafs (shocking right) — have all failed to establish anything outside of regular season success.

In reality, the bookmakers — just like the rest of the hockey world — still might be waiting to see what other moves g.m. Lou Lamoriello has up his sleeve before the season begins. That would certainly warrant the Isles moving up a spot or two.

Lamoriello has only announced the signing of d-man Adam Pelech, which was now a month ago. They are still other deals to be announced. Plus the Isles are still believed to be in the mix for Blues’ forward Vladimir Tarasenko from a recent report from The Athletic.

As things pertain to the Eastern Conference, bettors have them at +1000 to win it. Again, a reasonable handicap, but one that leaves much to be desired.

The +1000 for them to win the East could be seen as an insult to some after they defeated the Bruins — given the second best odds — and Pens (4th best odds) in the playoffs in the first two rounds last summer. But that’s just another motive to put down a big bet on them. The Isles have truly established themselves as one of a consistent threat over the last few years and don’t seem to be looking at a serious drop off anytime soon.

Now we get to probably the best odds for the Isles: the Metro.

The Islanders are considered a +425 to win their division. Only ahead of them are Carolina and the Penguins.

I’m not sure what the love affair is with Vegas and Sidney Crosby and Co., but the Islanders are definitely better going into this year in all three phases (offense, defense, goaltending) than their Pennslyvania counterparts. And sure the Pens are considered the division champs — they were the top dog in the MassMutual East Division — but only six point separated first place to fourth. And who was that fourth place team? the Isles.

The Hurricanes on the other hand are inching closer and closer to being a legit Cup contender, and they and the Islanders are kind of a mirror image of each other. They won their division during the realigned format. Head coach Rod Brind’Amour’s group also might be the most talented team in the class of the Metro, seeing they are considered the favorite.

So, the Metro is really their’s to lose. The Islanders feel like the club that could challenge them for it. And remember this: the Isles have been in first place in said division — last year too — at several points during the year. In the end though, they always conceeded it.

If there was ever a change in that trend, it’s this year.

The odds might be in the Islanders favor for 2021-22. Throwing down some money on them seems like a smart thing to do.