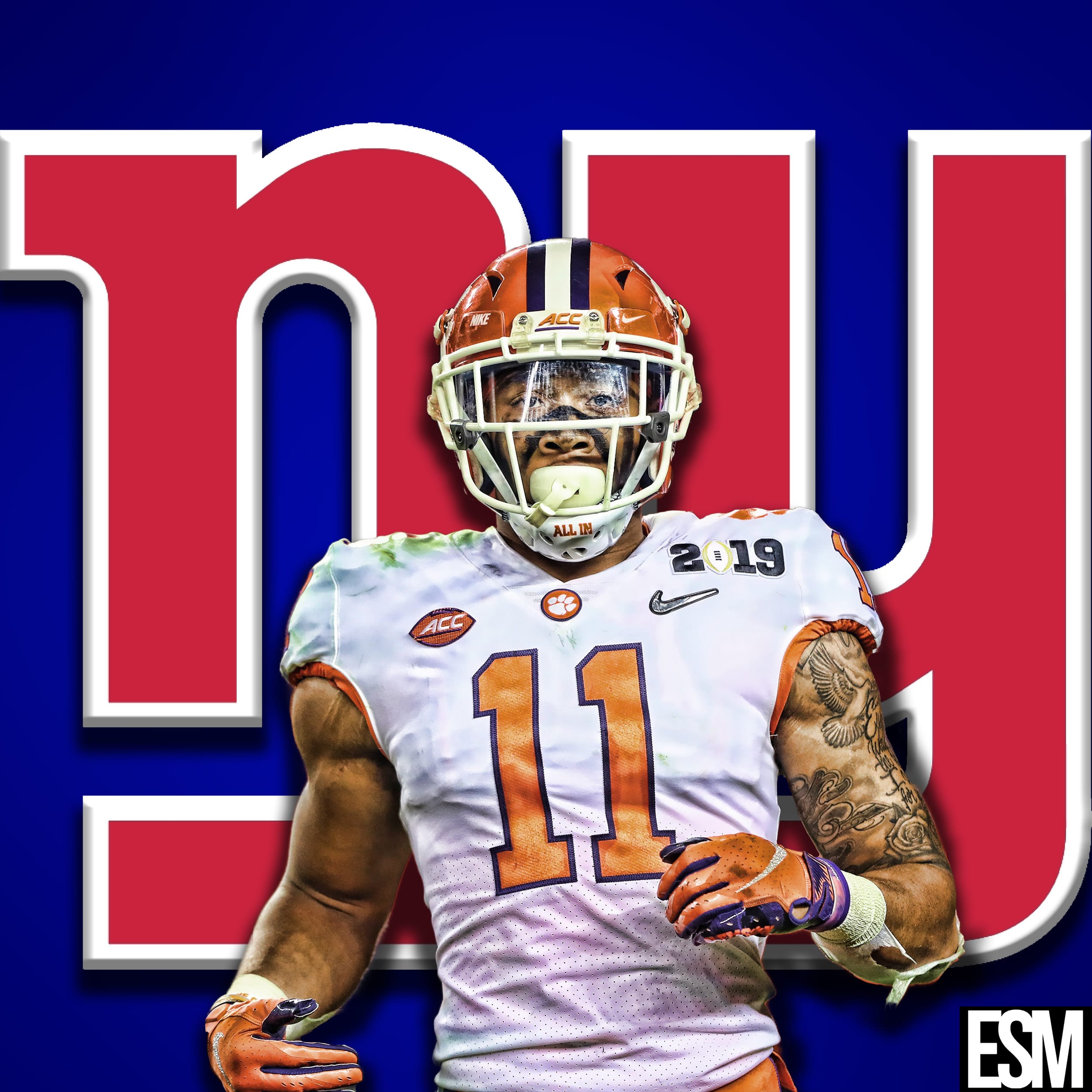 The New York Giants made a couple of big-splash signings on the first day of free agency. New York landed cornerback James Bradberry and linebacker Blake Martinez, both of which will be new starters on the defense making over $10 million per year.

What NFL teams do in free agency usually indicates what they are planning to do in the draft. The Giants’ general manager Dave Gettleman once said, “You address issues with free agency so that you can set yourself up in the draft so you take the best player available.”

Who would be the best player available for the Giants with the fourth overall pick? Most likely, linebacker Isaiah Simmons. But the Giants just signed three linebackers: Blake Martinez, Kyler Fackrell, and David Mayo. Does this mean they will not be drafting Simmons? Well, it might actually indicate the opposite.

The Giants Did Not Improve Their Linebackers’ Coverage Ability

The biggest complaint Giants fans have with the Blake Martinez signing is not about the player’s actual talent level. Instead, it is about Martinez’s playing strengths and style. Blake Martinez is not a coverage linebacker. In 2019, Martinez allowed a completion percentage of 83.8% in his coverage. Giants fans will criticize this signing because Cory Littleton and Joe Schobert, linebackers who are known for being able to make plays in coverage, were signed to contracts similar in price to that of Martinez.

The Giants’ inability to guard athletic tight ends and receiving running backs has been the Achilles heel of the defense for years. Former Giants’ linebacker Alec Ogletree allowed a completion percentage of 83.0% in his coverage in 2019. The Blake Martinez signing (83.8%) does not exactly fix this error in the Giants’ defense. But there is another linebacker who will be available this season that could fix that error.

Isaiah Simmons’s top strength is his ability to make plays in coverage. Simmons, the Swiss-Army-Knife defender out of Clemson is the top linebacker prospect in the 2020 NFL Draft. He is expected to be on the board when the Giants are picking fourth overall and he is expected to be the best defensive player available. Gettleman wants to take the best player available, but after investing heavily in the linebacker position in free agency, will he? Many fans believe Gettleman’s moves in free agency signal that he will be going offensive tackle in the first round of the draft. Here is why that might not be true:

Isaiah Simmons Would Mesh Perfectly With The Giants’ Linebackers

In 2019, David Mayo totaled 82 combined tackles in 13 games. Additionally, Mayo had 5 tackles for loss and 2 sacks. However, Mayo’s coverage was targeted 29 times and he allowed 19 completions, a 65.5% completion percentage. His poor performance in coverage makes it hard to imagine the Giants relying on him and Martinez as their primary inside linebackers. Neither Martinez nor Mayo are proficient in coverage. But Isaiah Simmons is.

According to Pro Football Focus, Isaiah Simmons has allowed only 6.0 yards per target and has earned a PFF coverage grade of 92.5. Isaiah Simmons is exceptional in man-coverage. He has the coverage-ability of a safety but has the size to play linebacker in the NFL. Simmons is no pushover in run-defense either, totaling 104 tackles in 2019 to go along with his 3 interceptions.

Isaiah Simmons is a FREAK. Insane that a 6-4, 230lb linebacker can do this. He has game-breaking speed and sticky man-coverage for his position. A name to keep an eye on ahead of the 2020 NFL Draft. #Giants #GiantsChat #GiantsPride pic.twitter.com/8t7M1RzTui

All of this falls perfectly in line with what head coach Joe Judge said during his introductory press conference:

Let them play to their strengths. Don’t sit in a meeting and tell me what you don’t have in a player. Don’t tell me they can’t do certain things, tell me what they can do and then we’ll figure out as coaches, because that’s our job, how we can use that. –Joe Judge, head coach of the New York Giants

The Giants’ new head coach plans to play his players to their strengths. If that holds true, do not expect to see Blake Martinez and David Mayo lined up in man coverage on tight ends and slot receivers very often. If the Giants do in fact draft Isaiah Simmons, he will be lining up in man coverage while Martinez plugs the gaps in run defense and blitzes on passing downs. Adding Simmons into the fold masks Martinez’s weaknesses and allows the defense to operate at an efficient level with the linebackers playing to their strengths. 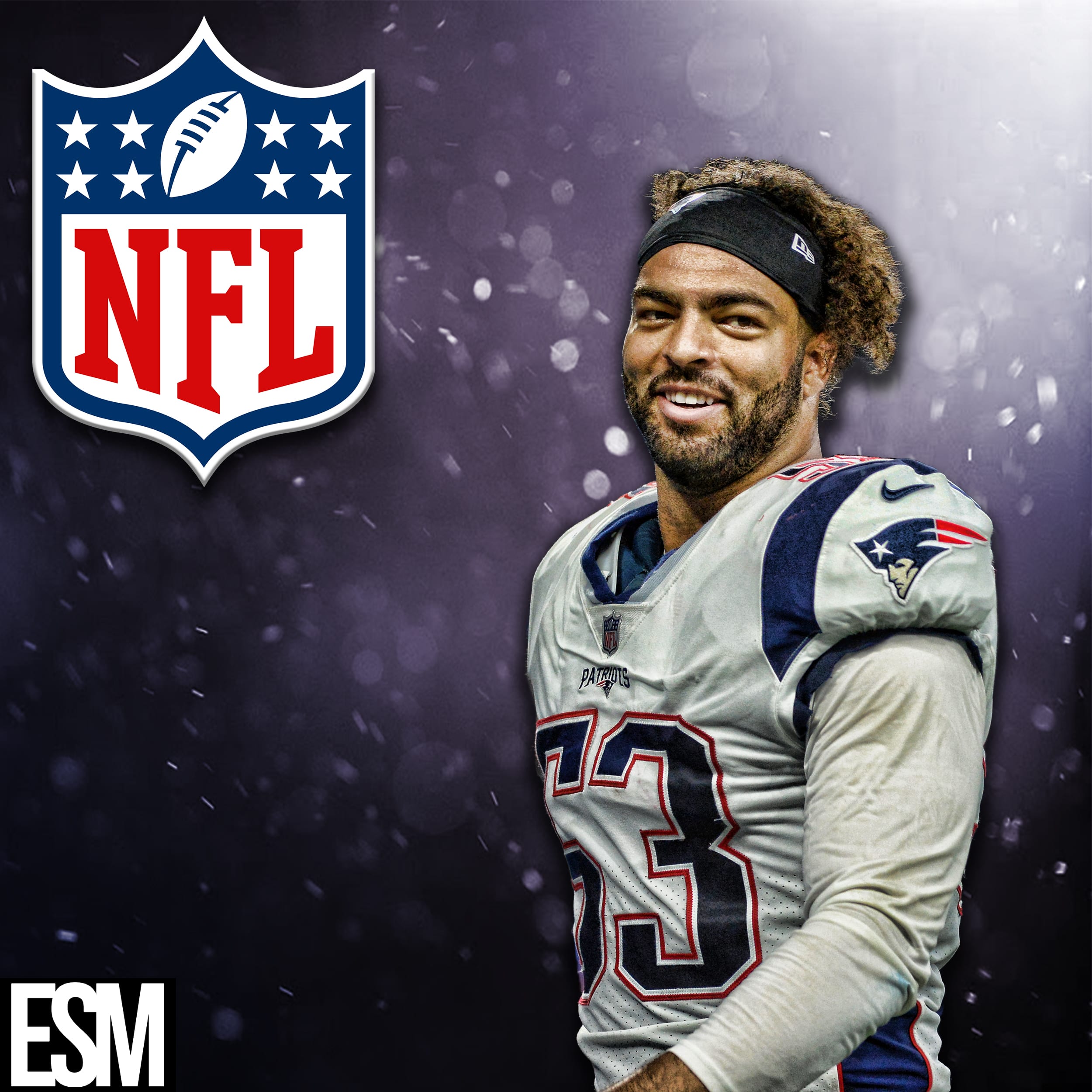 The NFL’s 2020 free agency period will begin this month. The New York Giants are set to have over $80 million to spend if they choose to. There is plenty of elite talent weeks away from hitting the open market that would fill positions of need for New York’s team.

There is another name to add to the Giants’ list of potential edge rusher targets in 2020: Kyle Van Noy.

According to Ralph Vacchiano of SNY, the Giants have an interest in signing New England’s free-agent pass-rusher Kyle Van Noy. This would likely only hold true if New York was unable to strike a deal with Jadeveon Clowney. But Van Noy would be an excellent value signing for the Giants.

Vacchiano estimates that Van Noy’s contract could “land in the $12 million per year range,” which is about half of what it would cost to sign Jadeveon Clowney.

In New England’s 2019 defense, Kyle Van Noy was moved to edge rusher. In this role, Van Noy totaled 60 pressures, 6.5 sacks, and a pressure rate of 13.8%, which ranked 26th best at his position (Pro Football Focus).

Though he is a great pass-rusher, Kyle Van Noy is an elite run defender. He earned an 85.4 run-defense grade on Pro Football Focus, an elite grade that ranked top-five at his position. He also totaled 56 combined tackles and 7 tackles for loss in 2019 as an edge rusher. As an off-ball linebacker in 2018, Kyle Van Noy racked up 92 combined tackles.

For only $12 million per year, Kyle Van Noy would be an excellent signing compared to the rest of the players on the market and their respective price tags.

Kyle Van Noy has spent his last three and a half seasons playing for the New England Patriots. The seven-year NFL veteran had a good relationship with Joe Judge, the Giants’ new head coach. Judge was with New England since 2012.

When Van Noy learned of Judge’s promotion as New York’s new head coach, he was excited for his former special teams coordinator. While appearing on “The Pat McAfee Show” this offseason, Kyle described Joe Judge as a “ball of energy” and a “really, really good coach” that loves football. At the end of his discussion about Joe Judge, Kyle Van Noy exclaimed: “Go, Giants!”

Of course, Van Noy is probably just showing support for his former coach. But, being that he is an impending free agent, Kyle Van Noy could have been hinting at a desire to reunite with Joe Judge in New York. If that is what Van Noy wants, the Giants should be on board and should pursue him in free agency.