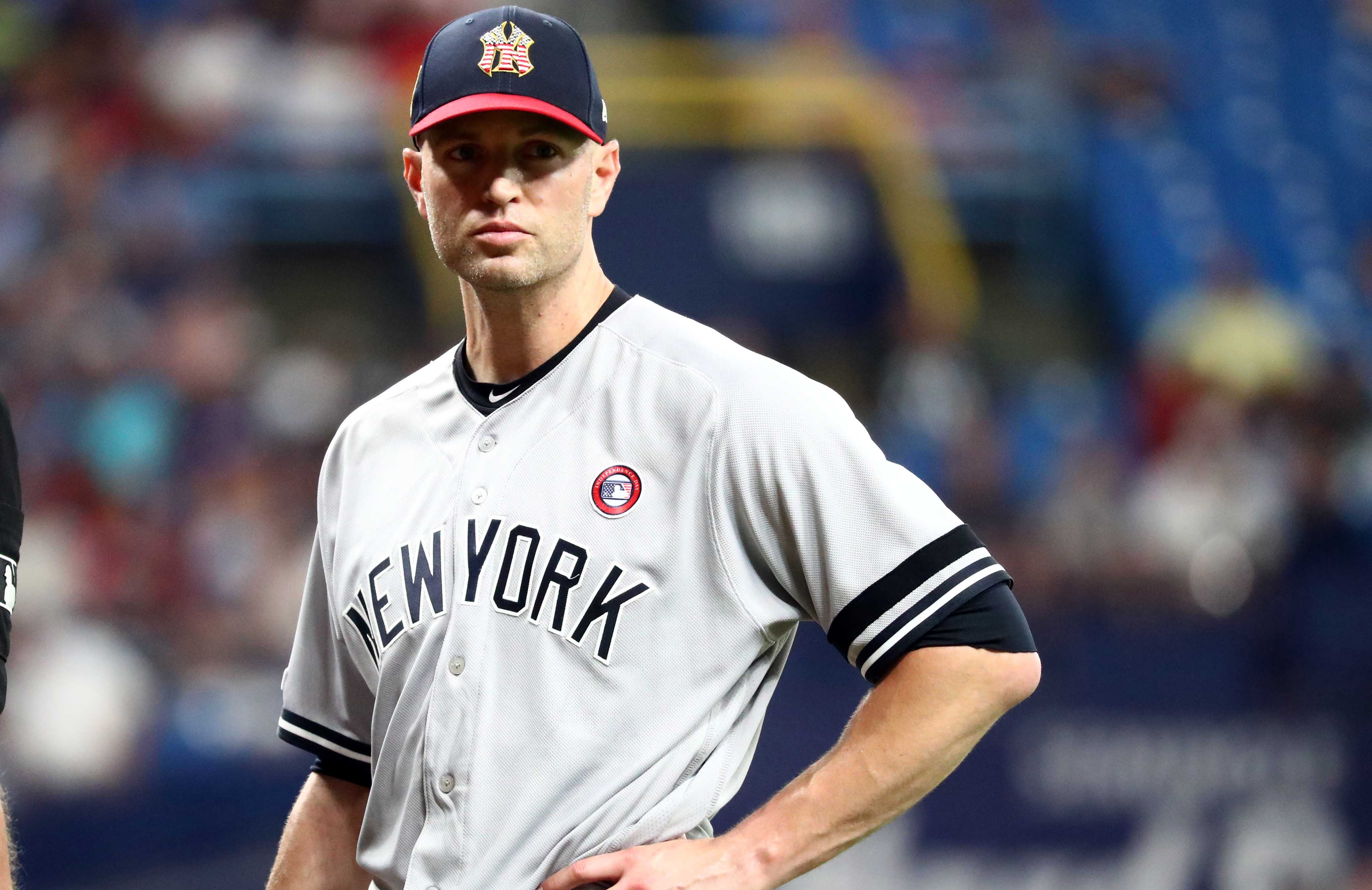 In the past week, New York Yankees GM Brian Cashman has come out and stated that JA Happ had been named the fifth man in the starting rotation, as we approach Spring Training with a full head of steam. Many fans were disappointed with Cashman naming Happ over the likes of Montgomery, Loiasiga, and Luis Cessa. I am not disappointed in the decision, as I feel it was the smartest and safest call, but also because I believe Happ has more to prove.

What Happ brings to the table is a fastball that dances around the plate, and has been a valuable pitch, according to Fangraphs’ Pitch Value ratings. His two most valuable pitches in 2019 were his Fastball and his Curveball — as they were the only two pitches to post a positive PV, at 6.6 for his FB and 0.7 for his CB. His Slider, which in 2018 was one of his best pitches, posting a PV of 3.4, was down 200% at -3.5. Although his FB still was one of the better pitches, its value had also decreased from 2018, in which the Pitch Value of it was 14.5.

The point is that while Happ was a far better pitcher in 2018, there were the pieces and signs in 2019 that he has more left in the tank than he showed. Happ’s 2019, when looked at initially, seems like its lost season entirely. However, when looking at some of the advanced stats, and comparing them to both 2017 and 2018, there are more similarities than one would think. Happ put together — from the advanced peripheral POV — somewhat comparable years (info via Fangraphs):

Now, looking at the table, the apparent outliers are the HH% and the HR/FB%, which makes perfect sense. Happ interestingly enough gave up the same Contact % in 2019, but the difference was that he wasn’t able to induce as soft of contact. It’s interesting because both his GB% and FB% are down from 2018, but his Line Drive % at 21.7% is the highest since for Happ since ’16. The problem for JA wasn’t that his stuff wasn’t of quality or that he struggled finding the strike zone and getting outs, but rather he was unable to minimize “big hits.” Having given up a SLG% of .474 as a starting pitcher, giving up 34 HR & 26 2B’s lead to an OPSA of .792, which was up from his ’18 season total of .677. His SLG% in ’18 was .389, and in ’17 it was .395, showing that in 2019 Happ was unable to limit the line drives and gappers that inevitably led to the running up of the score on him in a majority of his appearances.

Expectations out of Happ

If Happ is to adjust, and bring that HH% and LD% back down, closer to his career average (roughly < 32% HH% & < 20% LD%), he will be a solid fifth man in the rotation. I don’t doubt Happ’s abilities, and I think the veteran southpaw has just enough left in him to produce a solid 2020. I don’t expect him to revert back to his ’17 and ’18 seasons, but a year in between ’18 and ’19 in terms of quality and production, is definitely in the cards. I look for Happ to once again touch 160.0 innings pitched, and I think his HR% and overall hard contact and meaningful hits will decrease. Happ isn’t this “diamond in the rough” and he shouldn’t be treated as if he’s this hidden gem in the shadows. If he is to post an ERA and FIP of around 4.00 each, I would consider that a fantastic season — as he’d likely reach that 160.0 innings mark, tack on a handful of K’s and limit the BB’s, and hopefully bring that HR/9 back down.

Look for JA Happ to bring himself back down to earth after that abhorrently bad 2019 season that saw him on the chopping block for the vast majority of this offseason. I expect him to earn back the respect and support of Yankees fans that he had warranted and earned in 2018, and I think he’ll have a bigger impact in 2020 than most realize. Having a one-through-five in a rotation where they’re all able to go 160.0 innings, and go out there to toss quality start after quality start, is one of the most underappreciated things in the game today. With so many teams putting massive emphases on the bullpen and even front two starters, it’s rare to find a competent 1-5, in which all guys can throw a set number of innings in a season. Happ brings veteran leadership to a rather young team — and a rotation that will likely feature numerous young pitchers; Severino, Montgomery, Loaisiga, and German, throughout this next year.