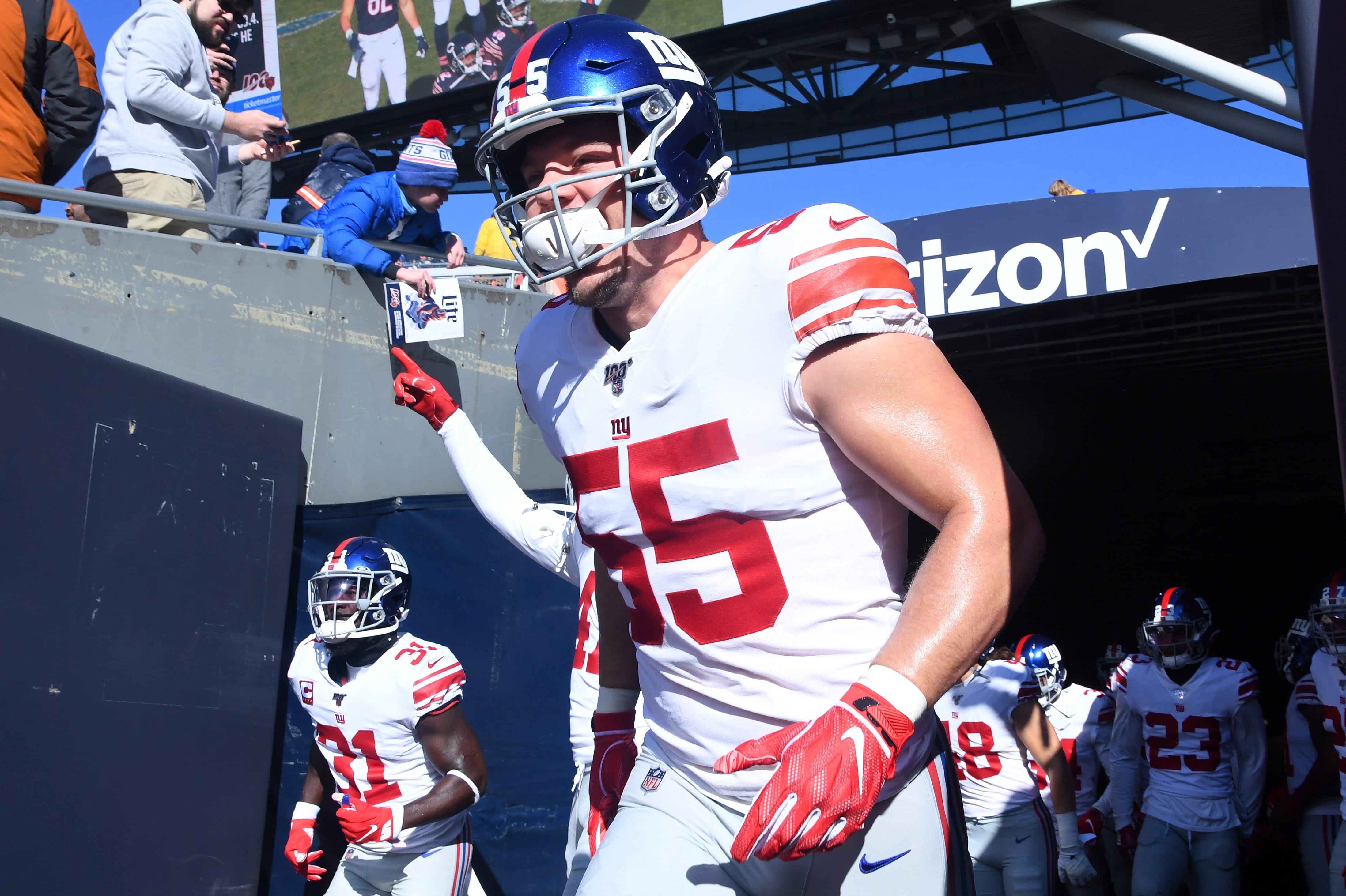 The New York Giants linebacking corps could get a boost this week as David Mayo (knee) becomes eligible to return to the active roster fro m injured reserve.

Mayo has been on IR since Sept. 6 after suffering a torn meniscus in his left knee during training camp. Under the new injury rules, players are eligible to return after three games and should the team choose to bring them back to practice, they have 21 days to activate them to the 53-man roster.

Head coach Judge said they could have a decision on Mayo as early as Tuesday.

Mayo played in all 16 games and started in the last 13 games replacing the injured Ryan Connelly. Mayo was second on the Giants with a career-high 80 tackles (50 solo), including two sacks.

“We’ll kind of look and see where that goes,” head coach Joe Judge said. “He’s with the trainers. I know he’s been working hard. I see him around the building. I don’t get a lot of time with him on the grass, but they say he’s working his butt off every day and improving on a daily basis. We have to look and see where he’s at. For us, it’s in his best interest to make sure that when we start that 21-day clock, that he’s in a position that he’s not going to have any setbacks that would take him past that 21-day clock. I want to make sure we do the right thing by him by not rushing him back before he’s fully ready, and that would keep him possibly off the field for the entire year. I want to make sure we go ahead and do right by him.”

Two other injuries to watch are safety Jabrill Peppers (ankle) and left tackle Andrew Thomas. Peppers turned his ankle on a special teams during a 49ers’ field goal attempt in the first quarter and did not return.

Thomas came out of the game during the final series and was replaced by another rookie, Matt Peart. Judge did not disclose if there was any physical issue with Thomas.

“I’d say with Andrew, you guys asked about him yesterday, he did finish the game,” Judge said. “There was nothing significant to really go over today with the trainers. Jabrill, I don’t have a timetable on him for anything. We’re going to evaluate him day to day. We’ll see where he is. He had that lower leg. They’re going through a couple more things with the doctor this afternoon, but it looks like it could go either way at this point right here.” 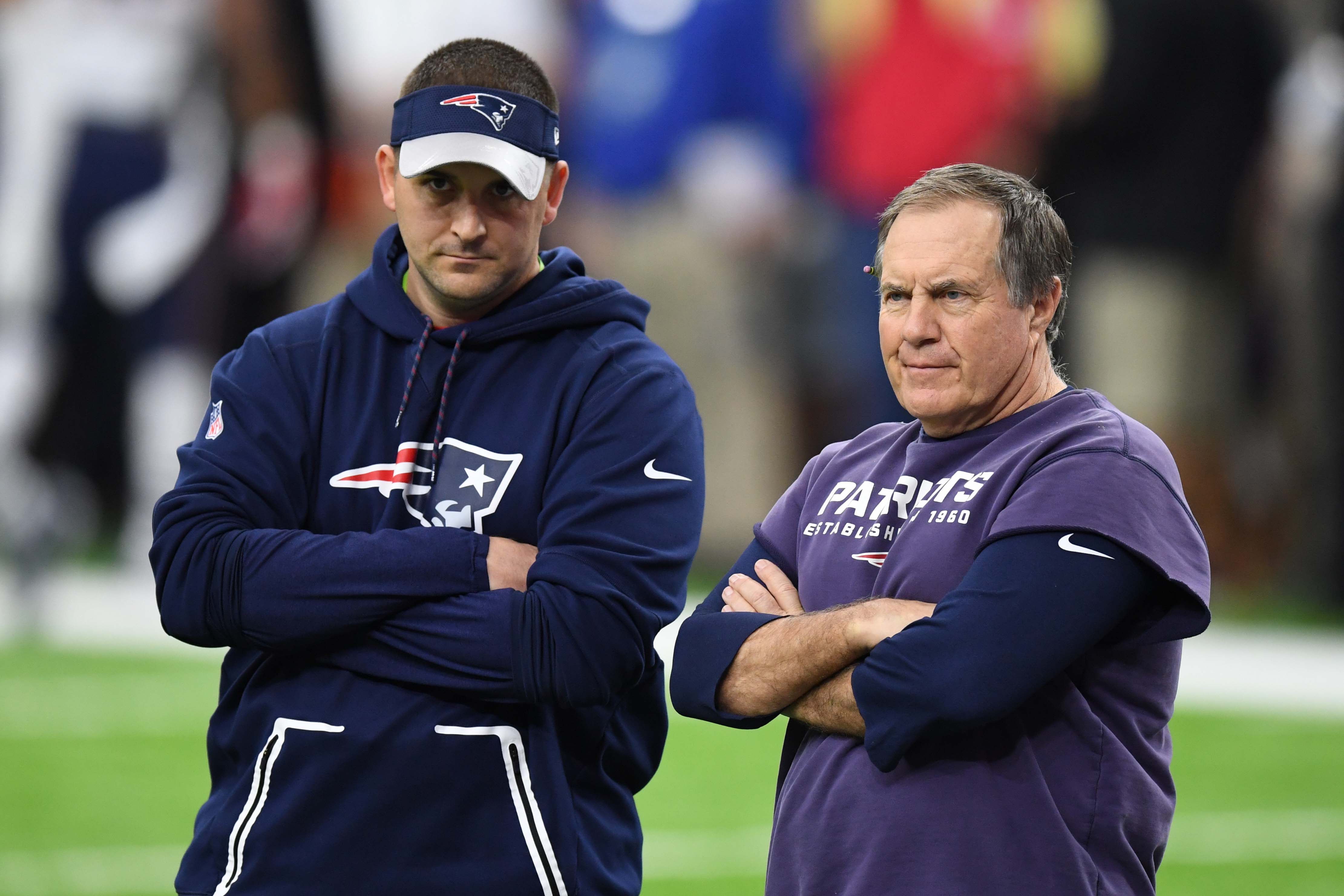 Coming from the cloak and dagger culture of the New England Patriots, you can expect first year New York Giants head coach Joe Judge to be cagey when it comes to speaking about injuries.

The NFL policy on injury reporting is clear, but we all know that Bill Belichick has made a habit of not elaborating on players’ injury statuses any further than the rules allow. Judge has brought that practice here to East Rutherford. He already has the players muzzled when talking about their health, now he’s instilling that into the very inquisitive Giants’ beat pool reporters.

On Tuesday, when he was asked about certain players (Golden Tate, Blake Martinez, RJ McIntosh, Montre Hartage) who were held out of or were limited at practice, Judge simply gave a very Belichickian response.

“We’re expecting all of them except for Golden to practice today. Golden’s going to go ahead and stay behind with the trainers, kind of get a look at a little something. We’ll see where he is. He’s really kind of day to day right now. But the other guys, they should be out there and ready to roll today.”

There it is. He told us what was happening but he did not cite the specific injury or issue with each player. That is something the Giant beat pool and the fans are going to have to get used to. Information won’t be flowing so freely under this regime.

When Martinez was quizzed about his condition after practice, he towed the new company line, just as tight end Evan Engram and others have done this summer. No one speaks to the media about injuries on this team other than Judge himself.

“It’s good, I’m good,” Martinez said. “We don’t discuss injuries and things here. I have to push that to coach Judge. But for the most part, I’m doing well. Just doing what I can do and getting ready every day.”

Judge is within the rules at the moment, since it’s still training camp, but once the season starts he’s going to be pressed to give more detail. The league’s policy is strict when it comes to reporting injuries.

Once the regular season starts, each team is required to publish a practice report on Wednesday, Thursday and Friday, unless, of course, their game that week is on a day other than Sunday, then the reports are shifted to match those timeframes.  The policy:

“The practice report provides clubs and fans with an accurate description of a player’s injury status and how much he participated in practice during the week. If any player has a significant or noteworthy injury, it must be listed on the practice report, even if he fully participates in practice and the team expects that he will play in the team’s next game. This is especially important for key players whose injuries may be covered extensively by the media.”

Then there is the game status report which “provides clubs and fans with an accurate description of a player’s availability for the club’s next game. Teams must notify the league, their opponent, local and national media, and the league’s broadcast partners of the status of their injured players by 4 p.m. ET the day before their next scheduled game.”

Injuries incurred during the game must also be reported. It “requires club personnel to report in-game injury information factually and accurately as soon as it is available. In-game injury updates must be disseminated to the broadcast partner, the media and the fans in the stadium at the same time. Clubs must post injury updates on the stadium video boards, scoreboards or ribbon boards so fans at NFL games are also informed.”

The policy is followed by a reminder that “teams provide credible, accurate and specific information about injured players to the league office, their opponents, local and national media, and the league’s broadcast partners each week during the regular season and postseason.The reporting process is of paramount importance in maintaining the integrity of the game.”

It will be interesting to see how Judge manages all this here in New York where media is omnipresent and the organization has always been forthcoming with information. The Patriots pride themselves in stretching the rules and pushing the envelope on others that many teams and their fans see as non-consequential.