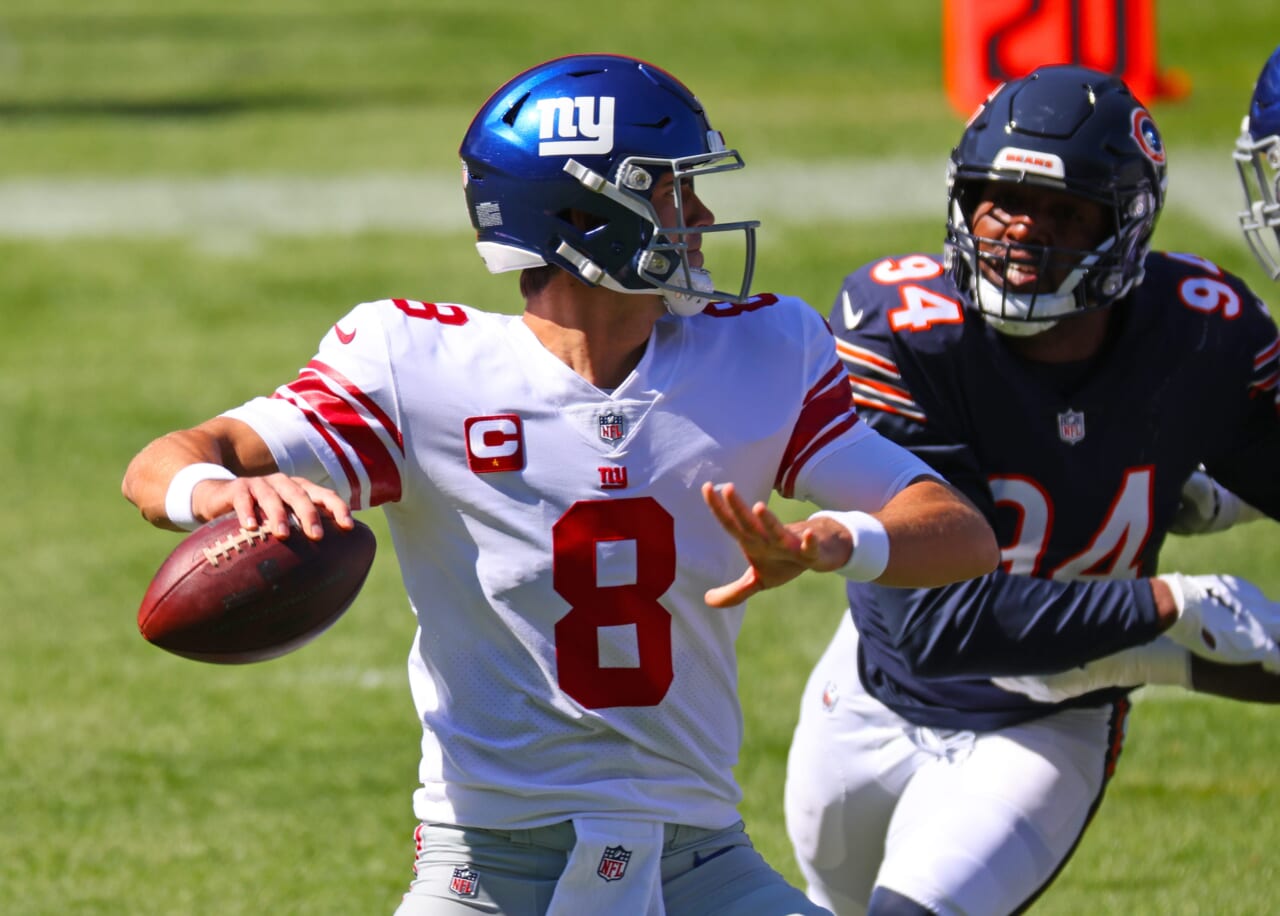 There is an awful narrative brewing for the New York Giants and quarterback Daniel Jones. Through four games in the season, Jones has thrown five interceptions and fumbled three times, indicating a step backward in his professional development.

While he has cut down on the fumbles significantly, his interception totals are increasing, but the wide receivers can shoulder some of that blame for a lack of separation.

Jones has totaled 889 yards to the air but has earned just a 68.3 QB rating and 42.9 QBR. Comparably to last season, Jones finished the 2019 campaign with an 87.7 rating and 57 QBR. He was sacked 38 times last year and has already gone down 14 times, which puts him on track to go down 56 times this season.

The New York Giants need to stick with Jones and give him more talent to work with:

Thereâ€™s a lot of blame to go around for why Jones has struggled this season, and a lack of offensive snaps is undoubtedly a part of it. Letâ€™s compare his snap count to Nick Mullens in week three when the Giants faced off against the San Francisco 49ers.

Jones took just 52 snaps on offense while Mullens enjoyed 77, a significant difference. Thanks to a lackluster offensive line and poor performances from his playmakers, Jones has had to shoulder most of the load himself.

That attests to his excessive rushing yards through four weeks. He has already picked up 137 yards on the ground, putting him on pace for 548 yards.

Joe Judge: "Daniel is our quarterback…"

Sorry to burst your bubble.

On Monday, following the loss to Los Angeles, head coach Joe judge was asked about Daniel Jones and if he is the quarterback for the future.

The narrative that the Giants should tank for Trevor Lawrence is already getting tired, and while Lawrence represents a potential generational talent, spending another top 10 pick on a passer is not the ideal way to build a successful team.

Jones completed his 16th game as an NFL player against the Rams, which theoretically still makes him a rookie. He will finally make the transition to sophomore against the Dallas Cowboys in week five, and he will need to bring everything heâ€™s got if the Giants wish to walk away with a victory.