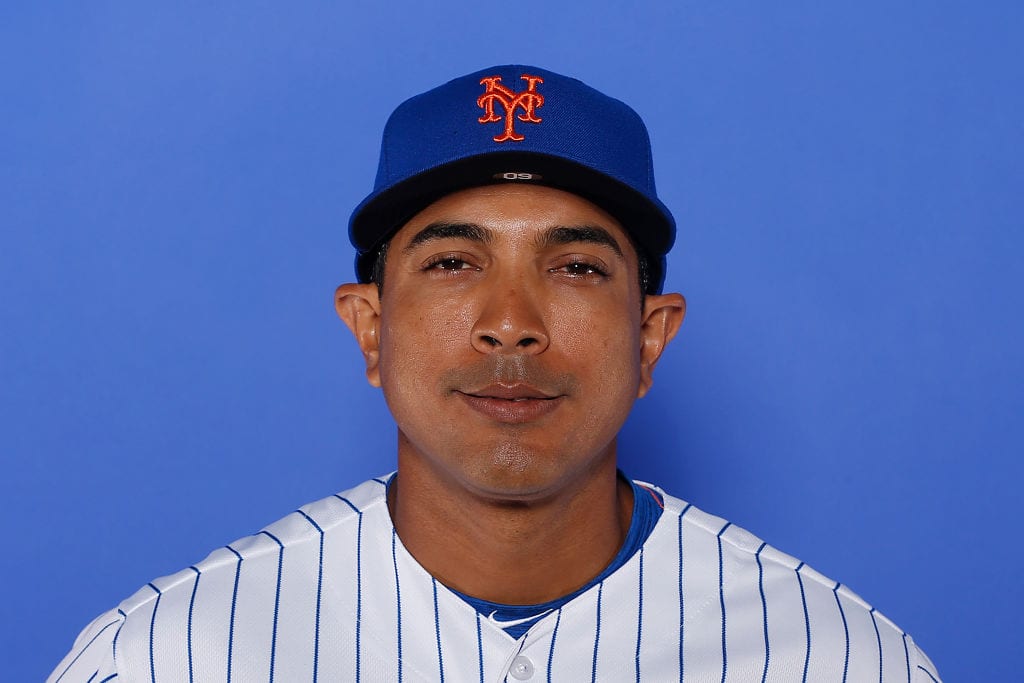 The New York Mets announced they found Carlos Beltran’s replacement. His name is Luis Rojas. Rojas was actually considered for the job before they hired Beltran in the first place. But, in the wake of Beltran being implicated in the Astros sign-stealing debacle, it would have been the prudent move to make bringing Rojas on in the first place. Especially when you look at his resume.

May Be Young, But an Experienced Coach

Luis Rojas is going to be the second-youngest coach in baseball this season but has been a part of the Mets minor league system as a coach since 2007 at age 26. Coaching in the Dominican Republic for the Mets summer league team, Rojas moved up to the Gulf Coast League Mets one year later. By 2010, he became the manager of the GCL Mets, moving up to Savanah Sand Giants by 2011. In 2012, he won the playoffs in the South Atlantic League. By 2017, he became the manager of the Binghamton Rumble Ponies, being brought up to the big club as the Quality Control Coach last season.

He was a manager for the Sand Giants the year Jacob deGrom posted a 6-3, 2.51 era, 78 k’s over 89.2 innings pitched, 1.015 WHIP 2012 season. He managed Steven Matz on two separate levels of the minors, on two separate teams. He was Pete Alonso’s manager, Brandon Nimmo’s manager, Michael Conforto’s manager, and he also managed Jeff McNeil. He has a rapport with many of the farm-grown Mets who have become fixtures on the big club. This is the guy who knows these players better than most and will be able to get the best out of the team earlier than a vet who’s getting brought in from the outside.

It’s also a plus that he was on the coaching staff last season as well. 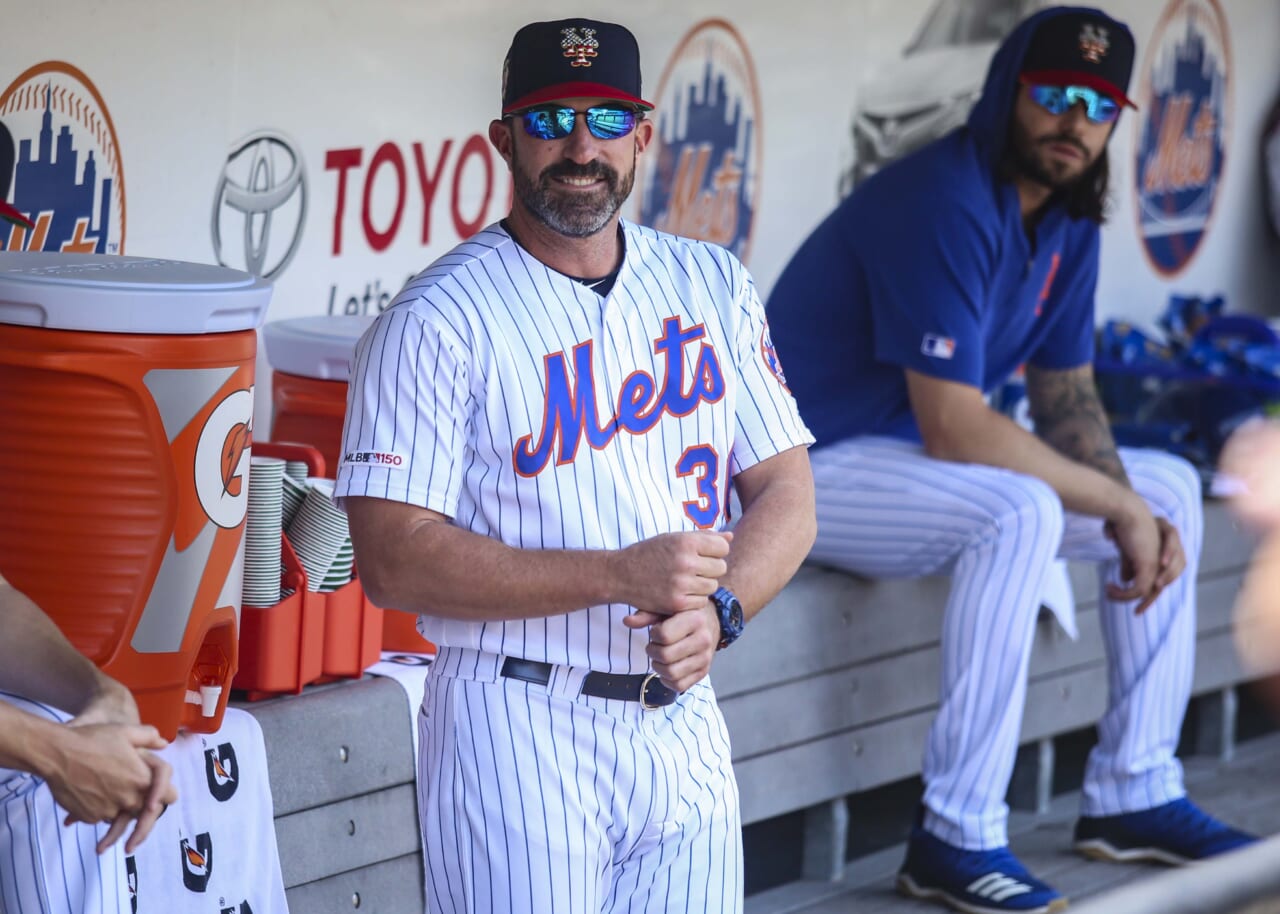 The New York Mets have a manager problem. Again.

For the 4th time in 5 years, the Mets are looking for a new manager to lead the team. And with less than a month before pitchers and catchers report, itâ€™s not like theyâ€™re going to have a lot of time to secure someone who can truly evaluate the team. Part of it was Brodie Van Wagenenâ€™s fault, as he didnâ€™t press BeltrÃ¡n about his involvement in the Astros cheating scandal before he was hired, but thatâ€™s not important. What is important is trying to find the right person for the job in the span of a few weeks.

Lead Candidates for the Mets

In a report by Danny Abriano for SNY, Luis Rojas is reportedly the lead candidate right now being discussed internally by the team. Rojas is only 38 years old, but young managers are in vogue right now. What works to his advantage is that heâ€™s a coach whoâ€™s worked his way up through the Mets system, from when he joined in 2006. Rojas would then have a closer relationship with homegrown stars like Jacob deGrom, Noah Syndergaard, Pete Alonzo, and Brandon Nimmo, who would get vets like Cano, Cespedes, and Betances fully on board. Three other potentials include Hensley Meulens, Tim Bogar, and Eduardo Perez.

Itâ€™s no surprise that front offices want managers who will abide by the analytical information provided by their analytics department. Which has resulted in managers like Buck Showalter and Bruce Bochy out of the game? With a mess like this, the manager got fired for his involvement in a cheating scandal, someone hard-nosed and old school may be just the kick in the pants an organization needs. The players on the Mets, Red Sox and Astros are all going to be distracted come Spring training by the added media attention around their former manager’s departure. Buck Showalter would be a perfect guy to keep a team focused, cut out all the noise, and get his men to focus on the task at hand. Getting to the 2020 World Series. 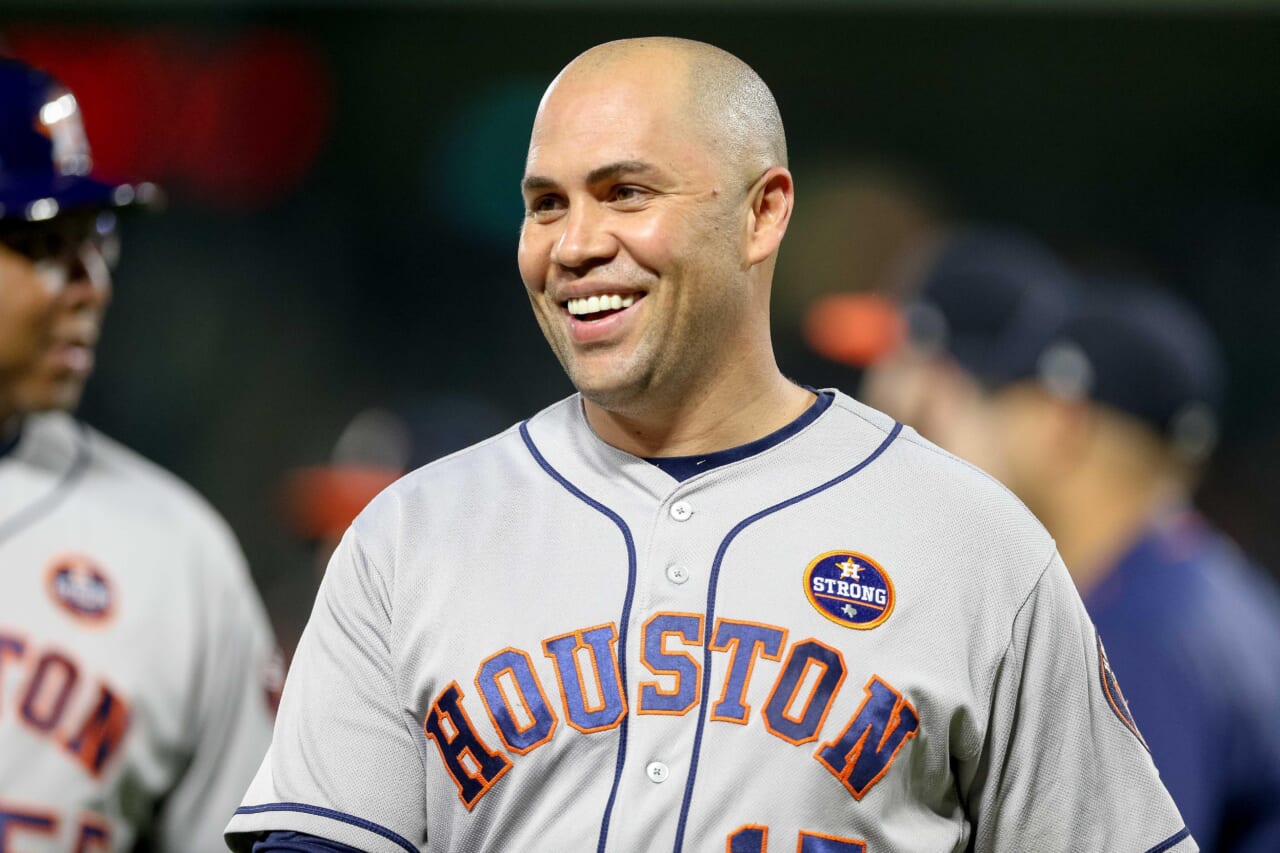 After weeks of searching and speculation, the New York Mets have named Carlos Beltran as the 22nd manager in the team’s history. He beat out Eduardo Perez in the final stages, who seemed to have the job all but locked up. There are many aspects involved in this hiring and lets take a dive into it now.

There are always unknowns when a first time manager is hired. When it comes to Carlos Beltran though, thereâ€™s one thing that is known:

As a former superstar player, who is well-liked throughout the game, he immediately has the respect of that clubhouse. pic.twitter.com/pjQJrIjlL6

At first, Carlos Beltran was not even interested in a managing gig. As his name continued to be floated around, his interested slowly grew. It grew to the point where he only was interested in taking the Mets job. Beltran had a hall of fame caliber career and it included many great years as a Met. The only unfair rain cloud over his head is looking at a called strike three from Adam Wainwright in game 7 of the 2006 NLCS.

Beltran garners respect from players throughout baseball, especially veterans like Robinson Cano and Jacob deGrom. He is the top manager on my list managers without any experience at any level. There is no doubt his knowledge and demeanor is suited for the job. He was set to be a manager at one point down the road, but is he ready now?

Here's a totally new, not at all old, not at all photoshopped photo of the newest manager of the @Mets, Carlos BeltrÃ¡n. (reportedly*)

Outside of the lack of experience, it is hard to find a reason why Beltran cannot do a terrific job leading the Mets. He is highly respected, knows the game in and out, was a leader as a player and knows how to handle the New York media. Beltran would also prefer to hire Terry Collins as his bench coach, who would be a great person to have in the dugout.

What Role Does the Front Office Play?

A major topic of discussion will always revolve the role of the front office during the games. When Mickey Callaway was the manager, there were constant reports of him being told what moves to make.

This makes Beltran’s hiring is interesting for a couple reasons.

Beltran is a potential hall of famer, who is doing this job because he wants to, not out of necessity. This should mean he will be in full control and will take input from upstairs when he wants it. Should he be unhappy with the way he is being treated, he can easily change things because of the support from his players.

If you had no background knowledge and just read these excerpts from @BenReiterâ€™s Astroball, you would think that Carlos BeltrÃ¡n was actually Houstonâ€™s manager. #Mets pic.twitter.com/dK7a6Izz8l

The other aspect is a scary one. Beltran could be here just as publicity, while Van Wagenen and co. continue to run the organization into the ground with their in game decisions. This could be why handling the press was a key part of the interview process. Someone has to take the blame when moves from upstairs do not pan out. Beltran would make the simple moves, but could just be here for the paycheck.

Understanding who Beltran is, the scary aspect is very unlikely. Beltran simply get what it means to be a winner. While most of us still prefer Joe Girardi, Beltran still would qualify as top three in the list of candidates the Mets hired. Despite the dysfunction in the front office, Beltran is the one who can stabilize the franchise.