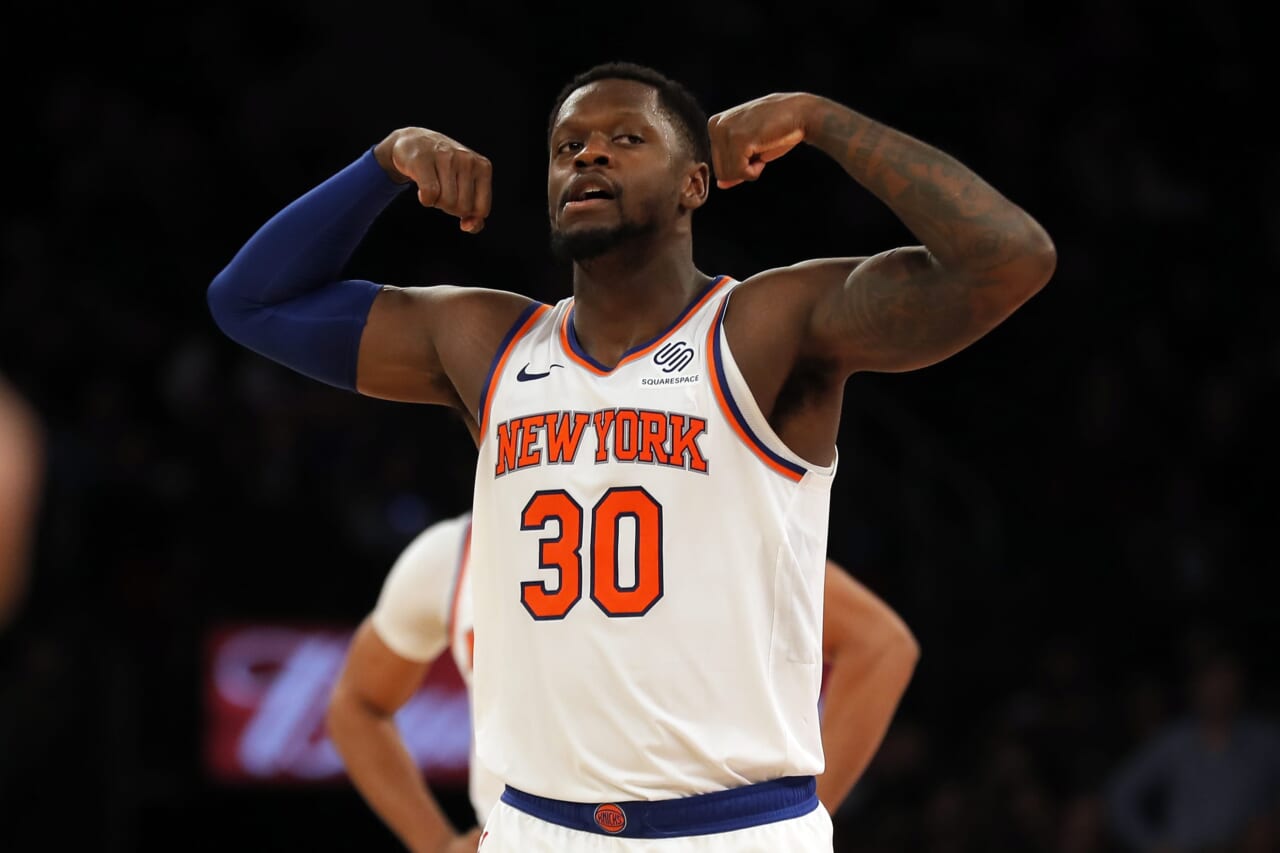 New York Knicks Head Coach Tom Thibodeau tends to get the most out of flawed yet talented players. There is a possibility of fans being shocked about what Thibodeau is able to pull out of Julius Randle, especially defensively, if the Knicks actually decide to keep Randle and not ship him elsewhere before next season begins.

The Knicks head coaching position is Tom Thibodeau’s dream job. Thibodeau has a phenomenal understanding of New York due to his time as an assistant for the Knicks from 1996-2003 and the fact that as a youngster, his household grew him up as a Knick fan in Connecticut. Thibs will impact the young Knicks core in a positive way. High motor players tend to thrive under Thibs in the past. Therefore, Julius Randle could be a dark-horse candidate to improve under the new head coach.

The brilliant Tom Thibodeau, who spent four years at Harvard during the late 1980s could definitely relate to Julius Randle when it comes to attacking the boards for rebounds. Thibs was a rebounding machine in 1976 while playing for his high school alumni New Britain High.

Thibodeau, a 6’1″ senior at the time, pulled down 22-rebounds during an upset over Hartford Public. George Lynn, New Britain’s coach, called it one of the best wins he ever had in his coaching career. Thibodeau was relentless then, and he’s relentless now. The relentless competitiveness from Thibodeau may rub off on Julius Randle, who’s actually already a competitive player who may need the reigns pulled back for him occasionally. Could Thibs help tone down the often reckless Randle on the offensive side of the basketball court?

Can the New York Knicks find the best in Julius Randle?

Julius Randle is such a beast physically. He can snatch an offensive rebound, finish around the rim, then guard multiple positions on defense. He has great work ethic and a very strong physical upper body and motor. These characteristics will not rub Tom Thibodeau the wrong way. Julius Randle never played for a winning coach in the NBA. Tom Thibodeau would technically be the first winning coach Randle has played for in the National Basketball Association, and it’s finally going to happen in Randle’s seventh year in the league.

Randle and Thibs have some similarities. One similarity the two share is their love of rebounding. The new head coach hiring could be the best thing to ever happen to Randle in his young NBA career. Or it could be a disaster in which the two are so similar that they bump heads often. Only time will tell Knick fans. Stay tuned!