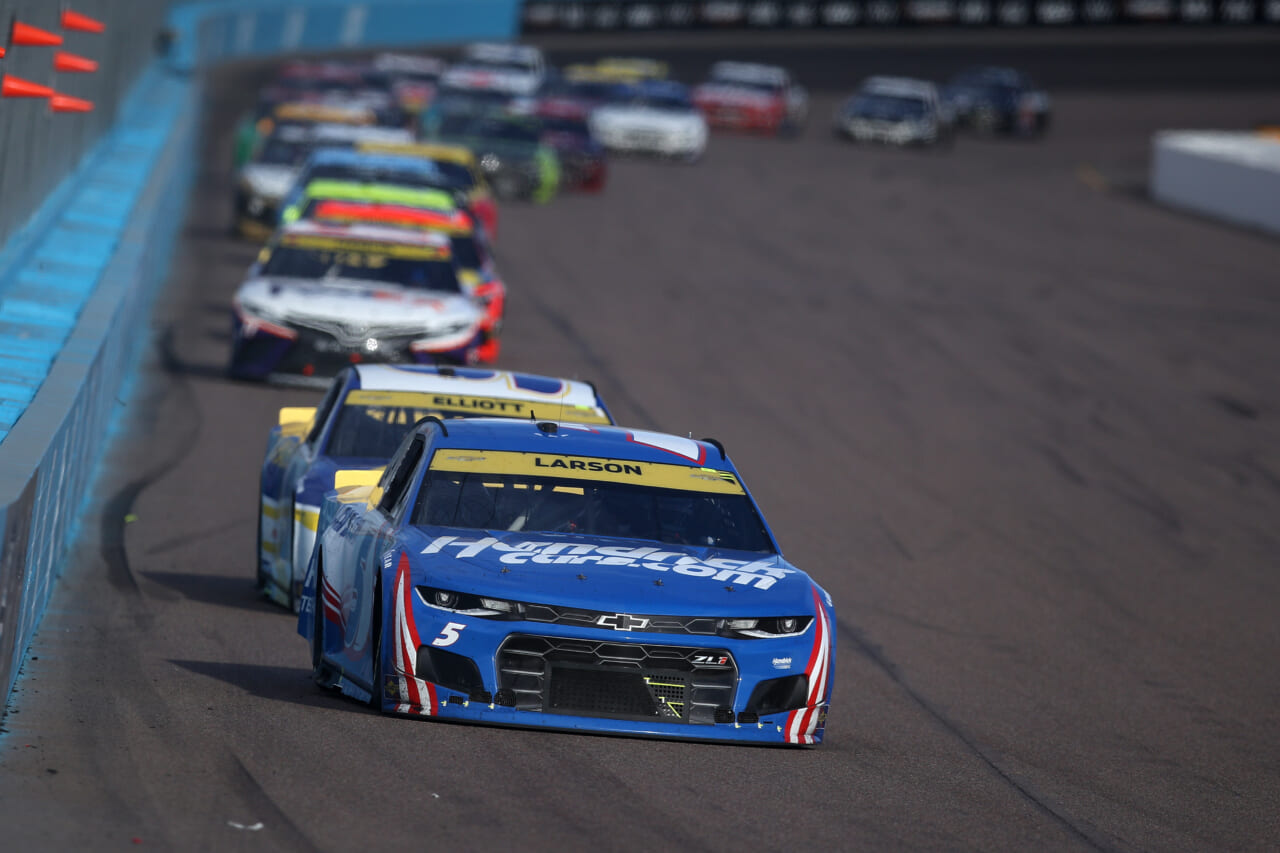 Larson capped off his comeback season with not only his first win at Phoenix but the missing accolade of a NASCAR Cup Series championship.

Proving that auto racing is a team sport that goes beyond the man in the driver’s seat, Kyle Larson and the No. 5 Hendrick Motorsports Chevrolet team ended a comeback season for the ages on Sunday afternoon at Phoenix Raceway.

A flawless pit stop under caution with 27 laps remaining (11.8 seconds for a four-tire service) the 2021 NASCAR Cup Series Championship race put Larson in front for the final stretch of the season. He’d spend the final circuit holding off a furious rally from Martin Truex Jr.’s No. 19 Toyota to win his 10th race of the season and the Cup Series title.

Larson, a winner of countless prestigious races across multiple levels of motorsports, earns his first career championship trophy hoist after he missed most of the 2020 season following his firing from Chip Ganassi Racing for using a racial slur during a streamed iRacing event. After months of a continuing effort to make amends off the track, Larson would go on to win the trust of the esteemed HMS boss Rick Hendrick. who put Larson in the resurrected No. 5 branding that Terry Labonte previously drove to Cup title in 1996.

This championship is the 14th on the premier Cup level for Hendrick and second in a row after Chase Elliott won it last year. Larson is also the first driver in Cup Series history to win 10 races since fellow HMS champion, Jimmie Johnson, did so en route to his second of five consecutive trophies in 2007. The No. 5 group previously set the record for most laps led in a single season, ending the year with 2,581 laps at the front after leading a race-best 107 on Sunday. Yet another HMS legend, Jeff Gordon, previously held the record during his fourth and final championship trek in 2001.

Larson was one of four contenders for the 2021 title entering the season finale at Phoenix, which hosted the season finale for the second straight season. Joe Gibbs Racing Toyotas of Truex and Denny Hamlin finished second and third respectively while Elliott rounded out the top five. Ryan Blaney’s No. 12 Team Penske Ford was the best non-playoff finisher in fourth.