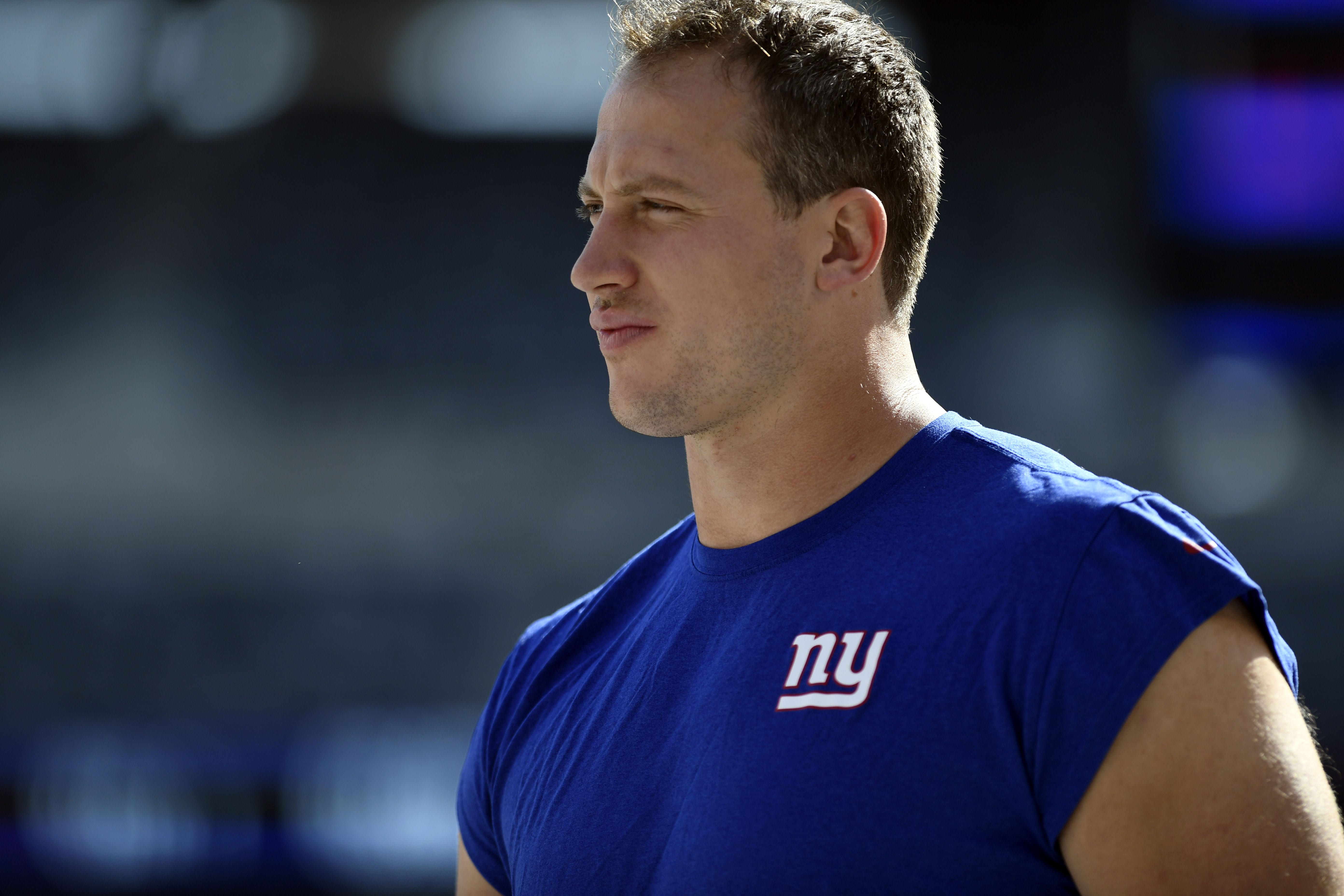 The New York Giants are preparing to deal with offensive tackle Nate Solder this off-season, especially since he’s projected to count $16.5 million against the cap if retained for the 2021 season. They were murmurs that Solder could retire after opting out of the 2020 campaign due to COVID-19, but he has indicated otherwise, and playing in 2021 seems to be in his interest.

According to Jordan Raanan of ESPN, Giants’ OT Nate Solder intends to play in 2021, given the situation is right.

The Giants are going to have to be creative with Solder, if not release him to save money. If he intends to play next season, the Giants could theoretically retain him and shift him to right tackle, where they have a massive gap. They did sign Cam Fleming last off-season to a one-year, $4 million deal, but he is currently a free agent, and it is possible Big Blue moves on.

Fleming had an inconsistent season but more or less held down the right tackle spot without giving up an absurd amount of pressure. According to PFF, Fleming did allow six sacks and 35 pressures, making him one of the worst tackles in the NFL (a bit contradictory, but it could’ve been worse). With that being said, the Giants have third-round pick Matt Peart waiting in the wings — COVID-19 disrupted his season and development. At this point, I think moving on from Fleming is in their best interest, as he’s an inadequate pass blocker but is a decent run blocker.

Solder might be a better fit at RT, having played the position in his rookie year. He finished the season with a 57.6 overall pass-blocking grade and 79.8 run-blocking grade. Clearly, this indicates he’s a better run blocker, but taking an entire season off likely won’t bode well for the veteran.

Nonetheless, the Giants don’t have many options at right tackle and need to find a solution quickly. Whether it be retaining Fleming for one more season and developing Peart, or moving Solder over, his cap hit must be decreased exponentially.

If the Giants do elect to release him, he would only save $6 million pre-June 1, but if they wait until post-June 1, he will save the team 10 million, given them a bit more flexibility to retain some of their players and allocate towards a wide receiver position. My educated guess is that they will cut solar post-June 1 and utilize his money on a stopgap.

The New York Giants could look for an alternative:

One player that stands out is Daryl Williams, who was superb for the Buffalo Bills last season. At 29 years old, the Giants could upgrade the RT spot with Solder’s money and utilize Peart as a developmental piece who can supplement both sides. This is an intriguing idea that might deserve a bit more attention.

Considering Williams sign a one-year, $2.25 million deal with Buffalo, the expectation is that he won’t be expensive. He was a Dave Gettleman draft pick, after all, so the connection is there for the Giants if they want to explore the idea of signing him.