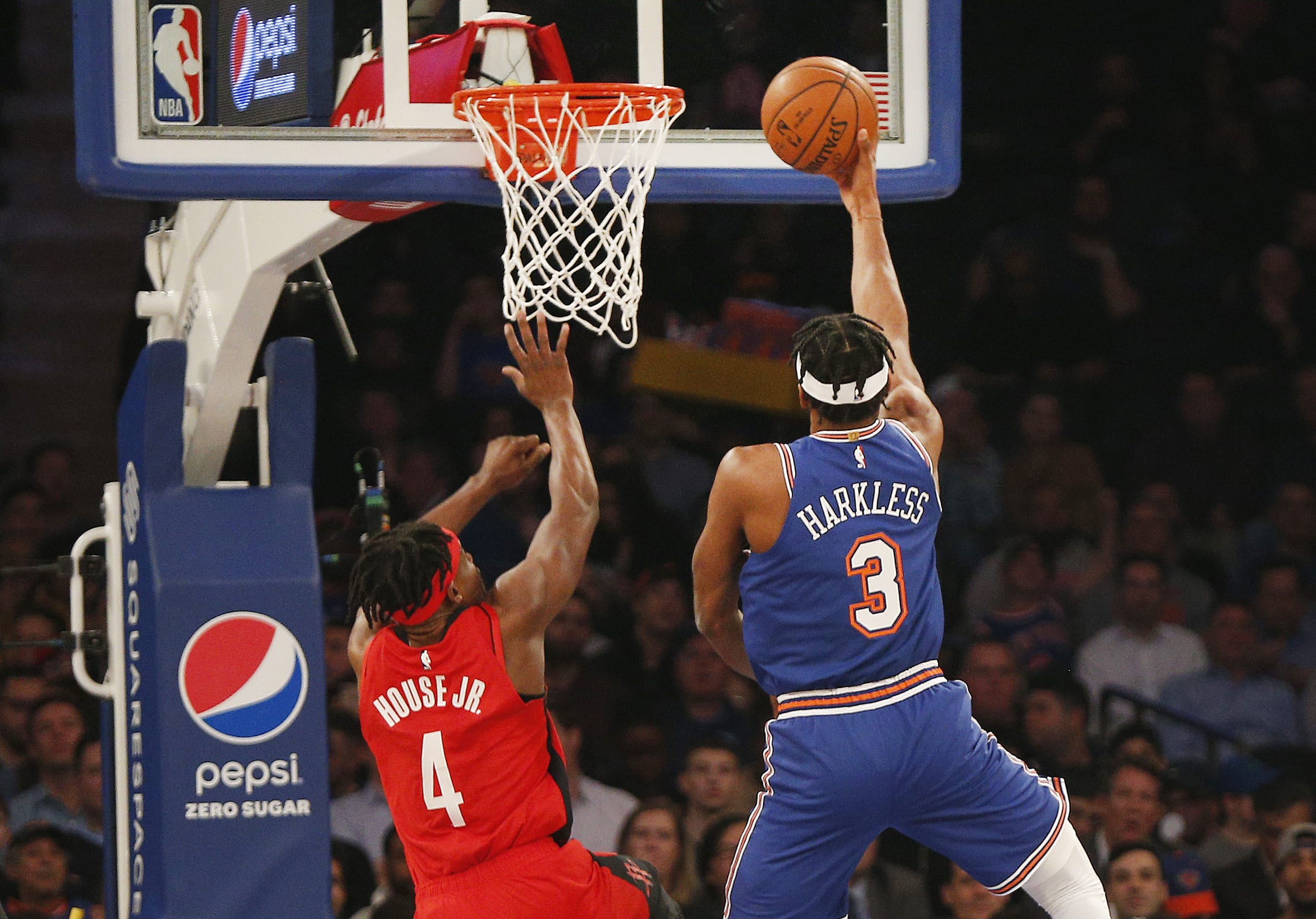 With the NBA season in limbo, the New York Knicks rumors are starting to circulate.  The newest one is the likelihood of the team picking up Reggie Bullock’s contract for next season.

Add this rumor to the other Knicks ones thus far.  One’s that are already swirling are interest in signing free-agent big man Christian Wood and bringing back Maurice ‘Moe’ Harkless.

While these are only a few, these aren’t big headlines for next season.  It could be give fans that odd feeling that the lineup could be similar to begin next season despite their high upcoming draft pick.  Hopefully there’s a lot of changes that’ll happen in Leon Rose’s first season.

As much as Knicks fans might dislike the rumors of the team going after the biggest names in free agency, at least it’s something. Now we know that the season isn’t over but in a time with no sports, fans need something to talk about.  Resigning players that have no future with the team doesn’t move the needle.

However, this could be a good thing. Rose said that he’ll be move behind the scenes when it comes to Knicks.  So these rumors could be click-bait.  The team is always in the news whether it’s good or bad.  So, being quieter and behind the scenes could be for the best.  Just got to hope that the Knicks owner falls in suit with taking a more quite approach.

The Knicks are always linked to the biggest names in the NBA whether they’re partially true or not.  We all know about last off-season with Kevin Durant and Kyrie Irving.  However, it seems like a good move considering how much of a headache those two can be despite their talent.  A few months go, the Giannis Antetokounmpo rumors were hot and that’ll start again after next season.

The interest in Christian Wood makes the most sense.  Wood is has freakish athleticism for a big man who can shoot from behind the arc.  He’ll also be an upgrade defensively which would pair nicely with Mitchell Robinson.  Bringing back Harkless is a possibility since he’s young but Bullock is a toss up.  Leon Rose will have his hands full in his first season with the New York Knicks. 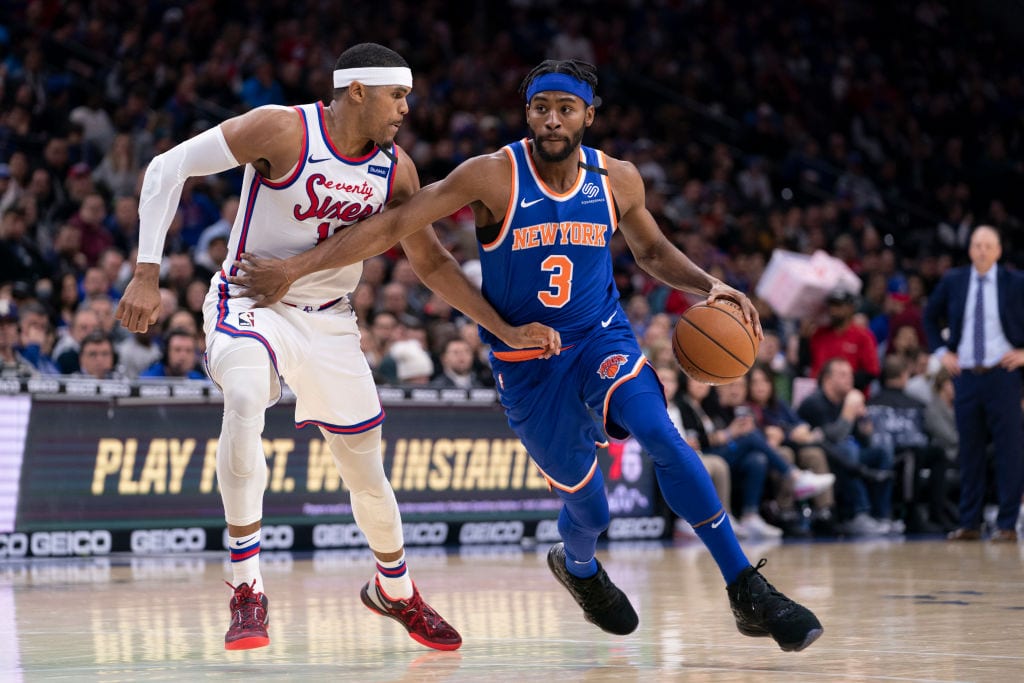 The New York Knicks have officially clinched their 7th losing season in a row.  It’s got to be tough going from one of the top teams in the West to one of the worst in the East.  Even if Maurice ‘Moe’ Harkless’ favorite team growing up was the Knicks.

Harkless told the Daily News, that he’ll be with the Knicks for the rest of the season, despite buyout rumors.  He went on, “It is definitely an adjustment with the way things are.  Everything is different, the culture and everything.”  That’s for sure Moe.

He added, “It’s not like we’re trying to lose.  Guys are still competitors.  It’s just a different situation.”  The Knicks situation entirely different.  Fans tweeted observations of Harkless wondering why he looks so sad.  It’s a simple answer, he now plays for the Knicks.  Case-in-point, here, after hitting a big shot, look at his emotion.

Whether or not you were a fans of the Knick growing up, consistently losing and being a laughing stock isn’t going to make players smile.  No matter what they say.

Even when Harkless had the hot hand last night in Philadelphia, he still didn’t appear happy.  The bench was happy considering he hit 5 3-pointers in 3rd quarter.  He was the main reason the Knicks got back into the game.  Even with his brilliant shooting performance the team couldn’t contain the Sixers hot players, losing their 6th straight, 115-106.

Maybe Harkless is onto something.  He’s showing the same emotion all Knicks fans show from a game-to-game basis.  It’s pretty easy to do since he was a fan of the team growing up.

Harkless shouldn’t be criticized for being honest about coming to the New York Knicks.  No one blames him really.  Somethings just need to be said.