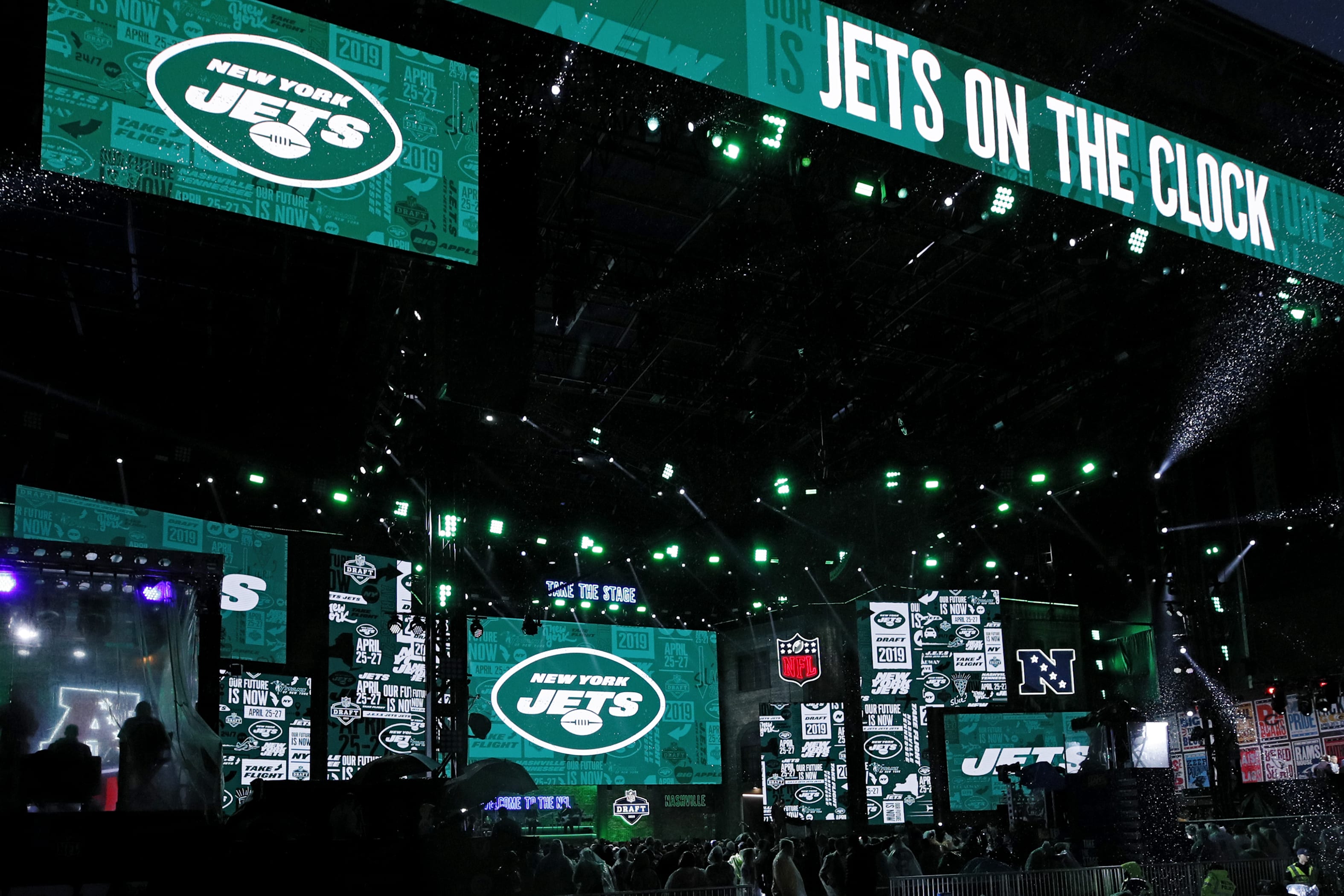 As the commissioner prepares to take the podium, ESM’s New York Jets experts put names in the ten slots offered to them in Cleveland.

As the NFL Draft prepares to welcome 260 names into their league, beginning with 32 on Thursday (8 p.m. ET, ABC/ESPN/NFL Network), ESM’s New York Jets experts temporarily assume the role of general manager as they map out a plan for Gang Green’s ten picks spread over the next three days…

The macabre, yet inspiring truth of the matter is that the Jets sunk to depths so low last season that it’s almost impossible not to emerge from draft weekend on a positive note.

Barring an absolutely jaw-dropping transaction or selection with the second overall pick, Zach Wilson is going to be a New York Jet. Every pick made after that should be dedicated to making his life easier. One would assume that could lead to drafting a lot of offensive talent, but general manager Joe Douglas has stressed the importance of striking a balance with their draft surplus, and it’s hard to argue with that logic. The last thing the Jets should do is expect Wilson’s arrival to immediately change things. He’s going to need help to get the Jets back on track.

Eskridge, who holds a special connection to the Jets (assistant offensive line coach Jake Moreland served as the offensive coordinator in Kalamazoo), could be a young weapon for Wilson to work with and also help solve the problems the Jets have had in the return game since Andre Roberts left. Day two adds blocking reinforcements from the unlikely source of Football Championship Subdivision while they also handle their defensive woes. If Collins drops to Friday, the Jets cannot hesitate for a second. As they prepare to likely implement a 4-3 set, they added veterans of the formation like Jarrad Davis and Carl Lawson. A young veteran of the system like Collins can help the transition go even smoother.

The addition of Tevin Coleman to their triumvirate of young rushing projects allows the Jets to wait until Saturday to address their rushing situation, and Stevenson can potential be their first legitimate fullback project since the days of Tony Richardson. Bringing in Bushman, one of Wilson’s favorite targets in Provo, can help Wilson get even more comfortable in the offense. The leg of Borreagales can ensure that drives that reach the red zone can end in points…a desperate need for a developing offense…while also ending the cycle of post-Jason Myers kickers. Banks can be a day three gem as a left guard, competing with Alex Lewis for primary reps.

After the inevitable pick of Zach Wilson at second overall, the Jets elect to give him a premier weapon at No. 23. Clemson RB Travis Etienne is one of the top two backs in the entire draft and brings both rushing and receiving prowess to the offense.

The Jets need help on defense too, though, and bring in pieces in the next two rounds. At 34th, they bring in Asante Samuel, Jr. after electing to not go for one of the top-three corners in the opening stages. Samuel showed the ability to annoy receivers, but he has to cut down on the penalties. In round three, they add to the defense with Rashad Weaver out of Pittsburgh and bolster the offensive line with Georgia’s Ben Cleveland in two spots that need addressing.

With their final four picks of the mock, the Jets add two wide receivers, taking Cade Johnson out of South Dakota State and Austin Watkins out of UAB in rounds four and six, respectively. Sandwiching those picks are Brenden James out of Nebraska, and another edge rusher in Jonathan Cooper of Ohio State. The team’s needs are clear, and they stay within those lines in this final mock draft.

Let’s be real, even if you’ve been living under a rock you should know Wilson is the pick. His arm talent is unreal and he has the potential to be a superstar in the league if all goes right. The Jets have to surround him with talent and allow that to happen though, if they do, the Jets could finally have a franchise guy.

At 23, Alijah Vera Tucker is an immediate plug-and-play guy who excels in both the run and pass game. He can be a stalwart of the line for the next decade alongside Mekhi Becton. Eleven picks later, the Jets double dip with Dickerson. He’s one of the best linemen in the class, in my opinion, and he’s a freak of nature. If his right knee stays healthy he can be the right guard for the next decade alongside Becton and Tucker. He also brings versatility as a center.

Melifonwu and Wiggins are secondary additions. The Syracuse alum has the length to excel as an outside corner and his coverage skills are heavily underrated. He can be a steal at 66th. Meanwhile, Wiggins will be a special teamer with the potential to develop into a competent starter. Dimukeje and Rice are two athletes with developmental capabilities that couldn’t be overlooked. Both will be situational pieces to start, but their potential is sky high. Gainwell is my favorite running back in this class. He’s a productive back who can play in the slot and out of the backfield. Ben Mason joins him as another scheme fit at fullback, ideally becoming the Kyle Juszczyk of the offense.

This draft gives the Jets depth all over the board. Weapons out of the backfield. Two potential defensive back pieces for the future, two franchise linemen, and hopefully…finally…the franchise quarterback. 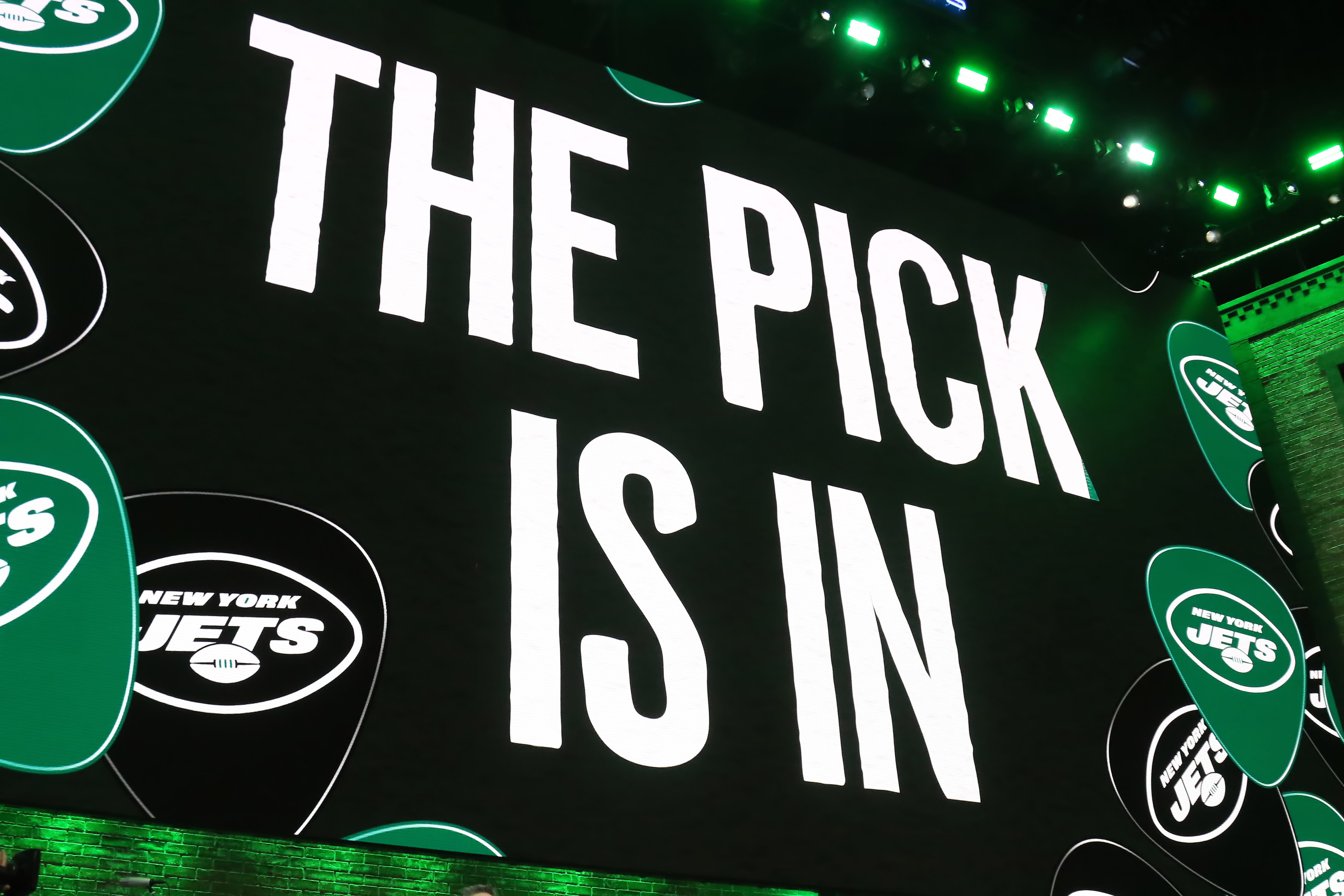 Todd McShay’s third mock draft has the New York Jets addressing both sides of the ball through their first-round pair.

The latest projections from ESPN draft analyst Todd McShay has the New York Jets addressing their issues on both sides of the ball. In his third mock draft, the Jets would pick BYU quarterback Zach Wilson with the second overall pick while using the latter pick on Georgia linebacker Azeez Ojulari with the 23rd choice obtained from Seattle.

With the selection of Wilson, McShay noted in his analysis that he not fully decided on whether the Jets should let Sam Darnold go. He simply believes that no matter who owns the No. 2 pick, which could be shifted in a trade, the holders will choose Wilson.

“The logic here stands from my last mock draft: I expect Wilson to be the No. 2 overall pick, whether or not it is the Jets making it,” McShay says in his analysis available to ESPN+ subscribers. “Projecting this pick isn’t necessarily suggesting they should or will move on from Sam Darnold, but if they do, Wilson is the obvious next move. If they don’t, watch for a QB-needy team to trade up to take him here. Wilson is creative and can extend plays, he can hit the deep ball and his toughness in the pocket stands out.”

With the pick owned through the Jamal Adams trade, McShay has the Jets addressing their edge rushing situation. Ojulari led the SEC with 9.5 sacks last season and earned the defensive MVP award in January’s Peach Bowl with three quarterback takedowns in Georgia’s 24-21 victory over Cincinnati on New Year’s Day.

“They need someone who can get home on the QB besides Quinnen Williams,” McShay says. “Ojulari is a pass-rush specialist of sorts, showing good speed, bend, and first-step quickness.”

McShay notes that conventional wisdom dictates that the Jets should probably try to land an offensive weapon for their new quarterback, but he says that there are other avenues to replenish those areas.

“As for the lack of playmakers on offense to support Wilson, keep an eye on free agency this month and then Day 2 at the draft,” he said. “Numerous high-end receivers and running backs will be available.”

In McShay’s previous mock, he had the Jets indeed stocking up on offensive talent, using the 23rd choice on Clemson rusher Travis Etienne.