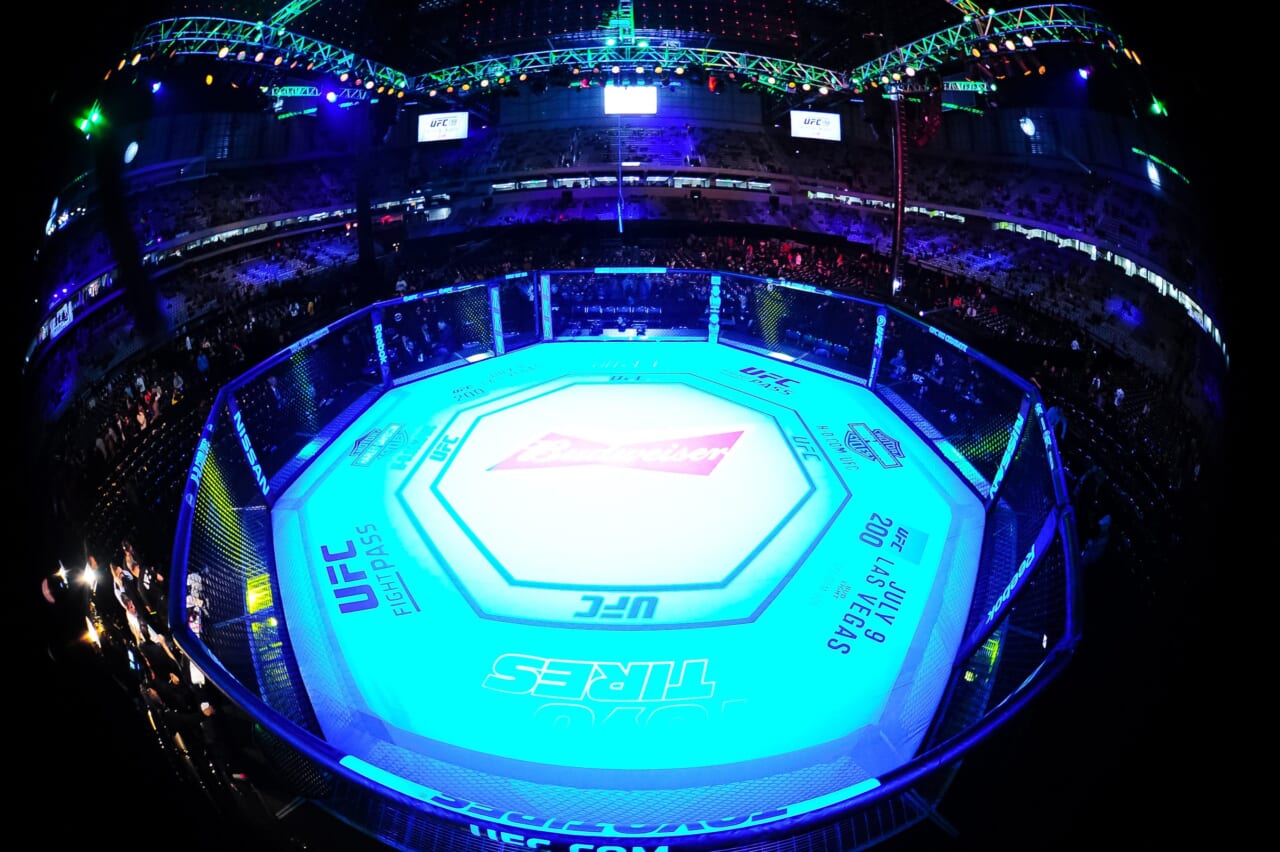 Last night the UFC‘s Ultimate Fighter Reality showed aired it’s second episode on ESPN+. Last week during on TUF, Team Ortega took a 1-0 lead in the competition when Andre Petroski was able to submit Aaron Phillips in the first round.

That was the first matchup between perspective UFC middleweights. Last night, it was the bantamweights that took center stage and it was a matchup between two of the top picks on the show. Team Volkanovski’s top pick Mitch Raposo (5-0) was set to make his debut.

There has been a lot of hype surrounding Raposo and he was one of the favorites out of the bantamweights. However, he wasn’t going to have an easy road to the semifinals. Team Ortega throughout their second pick in Liudvik Sholinian (9-1-1) to take on Raposo.

Both of these guys look like they could be contenders in the UFC‘s bantamweight division with time. This was just the second fight of the season, but it was one a lot of fans were really looking forward to.

The second fight of the season started out quickly. The two prospective UFC bantamweights both met in the center of the cage and Sholinian immediately started pressuring in the first round.

Throughout the first round, Raposo was doing a fantastic job using hit blitzes. Sholinian was the taller fighter and he did a good job of holding the center, but throughout the first, it was Raposo that was landing the better shots.

The UFC featherweight champion was extremely encouraged by the performance of his top pick after the first round. In the second round, Sholinian completely switched up the game plan. After trying to use his range and pressure to strike in the first, he switched to his grappling in the second.

Sholinian was able to land takedowns and get the fight to the mat. Once the fight was there, Raposo really had a tough time getting back up. After two rounds, the judges had the fight tied 1-1 which forced a third and final round.

In the third round, Sholinian stuck to that same game plan. He was able to get Raposo down early in the round and really dominated the final frame. The UFC featherweight champion’s top pick lost a decision and Liudvik Sholinian made it 2-0 for Team Ortega.