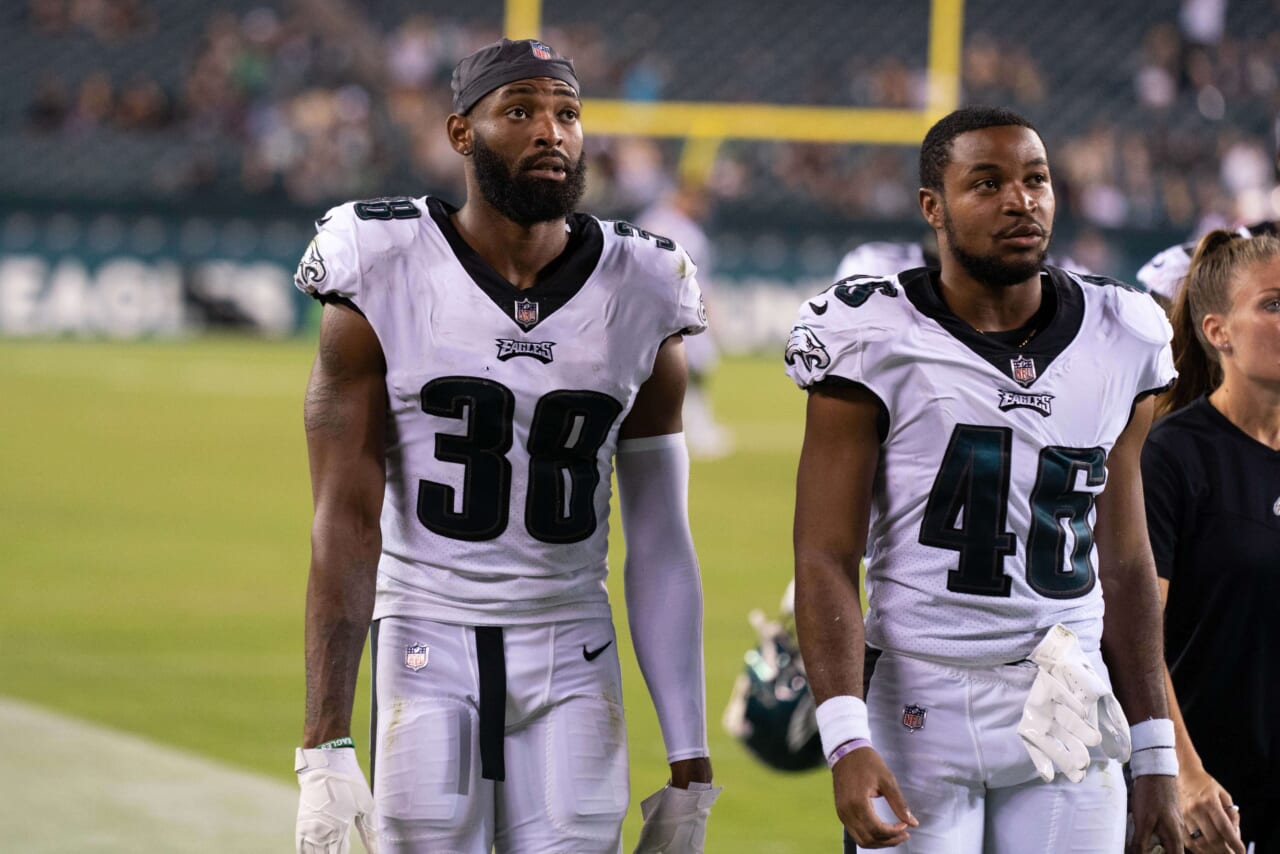 The New York Giants have been injecting more talent into the cornerback position ever since they released a James Bradberry. Bradberry signed a one-year, $10 million deal to join the Philadelphia Eagles, Big Blue’s primary rival in the NFC East.

Earlier this week, the Giants signed Khalil Dorsey and Maurice Canady to compete on the back-end at cornerback, but they also added Michael Jacquet on Thursday, a veteran of both the Philadelphia Eagles and Jacksonville Jaguars.

Jacquet has eight games of experience in the NFL at 25 years old, posting 18 combined tackles, three passes defended, and one forced fumble.

In 2020 with the Eagles, Jacquet recorded most of his action. He enjoyed 142 snaps as a wide corner. The Giants need more support at boundary CB desperately, so the 6’2″, 201-pound former undrafted free agent will have a chance to earn a spot on the roster.

It is quite clear the Giants are taking a more conservative approach toward building their secondary, focusing on the past rush this off-season. Letting Bradberry go decreased the overall talent in the unit. Since the Giants are embarking on a full-scale rebuild, there were always going to be units that drew the short end of the stick. GM Joe Schoen can target 2023 as the year to address cornerback with more valuable draft capital and salary space.