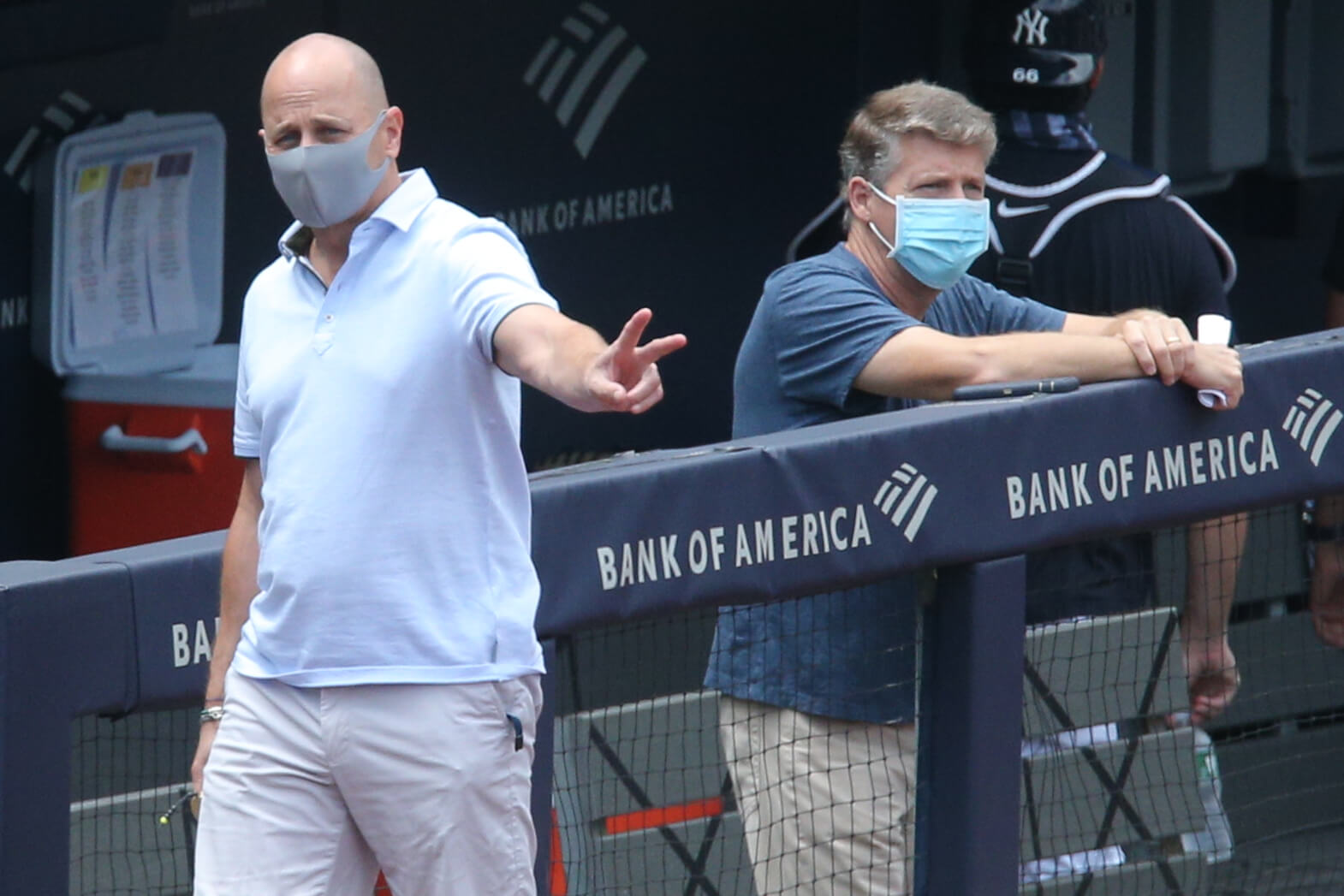 The big question across all of baseball is what’s wrong with the New York Yankees. The question arises because, at the beginning of the season, most baseball insiders said that the New York Yankees were to team to beat in the 2021 season. It was named a championship-caliber baseball team. Yet, almost two-thirds of the way through the season, the fact is that the Yankees cannot consistently win games and are not the championship team that was advertised.

Even manager Aaron Boone has stopped calling his Yankees a championship team at this point in the season. Instead, he at times hedges that by saying that it is a champion-caliber team that is underperforming. There is no question that that is true, but it remains that the Yankees won’t win the AL East and is fighting for its life to get a chance at a wild card slot. So, getting back to the big question as to why the Yankees stink, the question remains unresolved.

The New York Yankees have had their share of injuries this year. But the bulk of their starting lineup has remained healthy up until the Covid outbreak. For the most part, stars DJ LeMahieu, Aaron Judge, and Giancarlo Stanton have been able to stay on the field. However, the poster boy for injuries has been Luke Voit, who has missed much of the season with multiple injuries. The Yankees have also had some bad luck with starters. For example, Corey Kluber, after a no-hitter, developed a shoulder problem and pitched his last game on May 25th. But in the end, you can’t say that the Yankees have had more significant injuries than other teams.

The most obvious problem the Yankees have had is not being able to hit the baseball. Only slugger Aaron Judge has been performing as he should. Giancarlo Stanton gets an honorable mention, but beyond that, the hitting has been inconsistent at best, causing the Yankees to lose game after game and deny a good pitching staff any run support.

Yankee fans and industry sources have been wondering all season long as to why this is happening. Why have the Yankees left so many runners on base? Why do the Yankees hit into so many double plays? Why is last year’s batting champion hitting 100 points below his average last year? People just scratch their heads in disillusion bewilderment.

In the past few weeks, a possible answer may be emerging. Yankee fans often sight the dependence that the Yankees have on analytics. That is not a bonified complaint. The teams they can’t beat use analytics as well, if not even more than the Yankees. But it is emerging that it may be the New York Yankees Analytics department, how they interpret facts, and how they use them.

Many Yankees fans feel that the Yankees should throw out analytics and go with managing on the field. However, the fact is that a proportioned mix of what analytics say and what is actually happening on the field has to be taken into account.

First of all, let’s look at what analytics actually is for the sake of those that may not understand it. For the past twenty years, MLB and industry sources have gathered facts from every game and every situation and have created a data bank that stores those facts and predicts an outcome. Like in the insurance industry, they have actuaries that predict how likely you will get into an accident and how long you will live.  Plain and simple analytics work. But how you employ them is more important.

The New York Yankees’ analytics department might be full of the wrong people. Many think this team is worse at understanding the analytics, how to adapt them and communicate them than other teams that lead them.

Michael Fishman is assistant GM and head of analytics in the Yankees front office. He and his team are most responsible for interpreting the data given by analytics and conveying what that data means to the manager. Make no mistake; a computer does not put out the Yankees lineup. There are real people involved that make decisions as to how to apply what they know all the way. People make mistakes, and all too often, too many of them. The biggest mistake the Yankees make is denying what they are seeing on the field at the moment. Analytics is based over time, not what the present trend is. If a player is having the week of his life at the plate, you don’t take him out because analytics say so.

The examples are far too many to mention. Going back to earlier in the season, the Yankees kept Aaron Hicks in the third slot in the lineup even though he couldn’t hit. It’s a case of going by the analytics and paying no attention to what was actually happening. A similar mistake was hitting Brett Gardner second in the lineup. Forget the analytics; if you have to use players that can’t hit, put them late in the lineup.

Analytics does not explain why the Yankee players are not consistently hitting, but it may affect decisions that cost the Yankees to lose games. But remember, the teams the Yankees can’t beat are using the same analytics, but it appears they are using them differently than the Yankees.