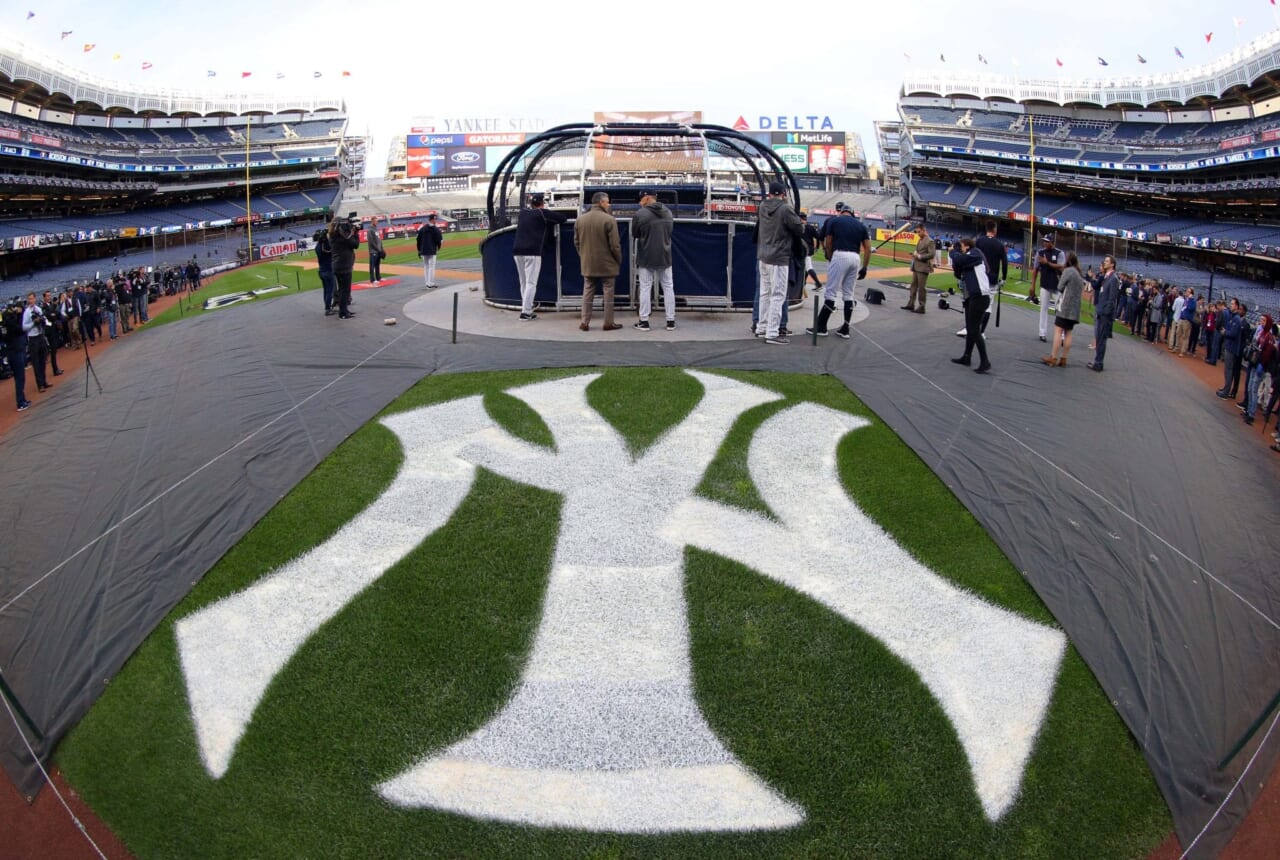 Those who followed the 2000s New York Yankees heavily have some fond memories of a homegrown outfielder that looked like a solid contributor, at the very least a solid reserve: Melky Cabrera.

On Friday, MLB insider Hector Gomez announced that Cabrera is retiring from baseball at 37, after playing for eight franchises: the Yankees, the Chicago White Sox, the Kansas City Royals, the Toronto Blue Jays, the Pittsburgh Pirates, the San Francisco Giants, the Atlanta Braves, and the Cleveland Indians (now Guardians).

Melky’s outfield defense wasn’t good, but he was known as a contact hitter with some pop and speed. He played five seasons with the Yankees, until 2009, and he was an important part of that championship-winning team.

In 15 seasons in The Show, Cabrera was selected to an All Star game (in 2012, and he was the MVP that night) and won a World Series ring.

The former Yankees outfielder had a nice career

Quietly, Cabrera finished his playing days just shy of 2,000 career hits, at 1,962. He had some highs and lows, most notably the 50-game suspension in 2012 for testing positive for performance-enhancing drugs. At the time, he was leading the majors with 159 hits and was second in the National League with a .346 batting average.

He received a World Series ring for his contributions to the San Francisco Giants in 2012 before being suspended.

He became famous in the Yankees because of his friendship with second baseman and fellow farmhand Robinson Cano, and also because of his nickname: he was called Leche (milk) around the clubhouse.

All in all, he was a solid player who will be remembered by Yankees fans. 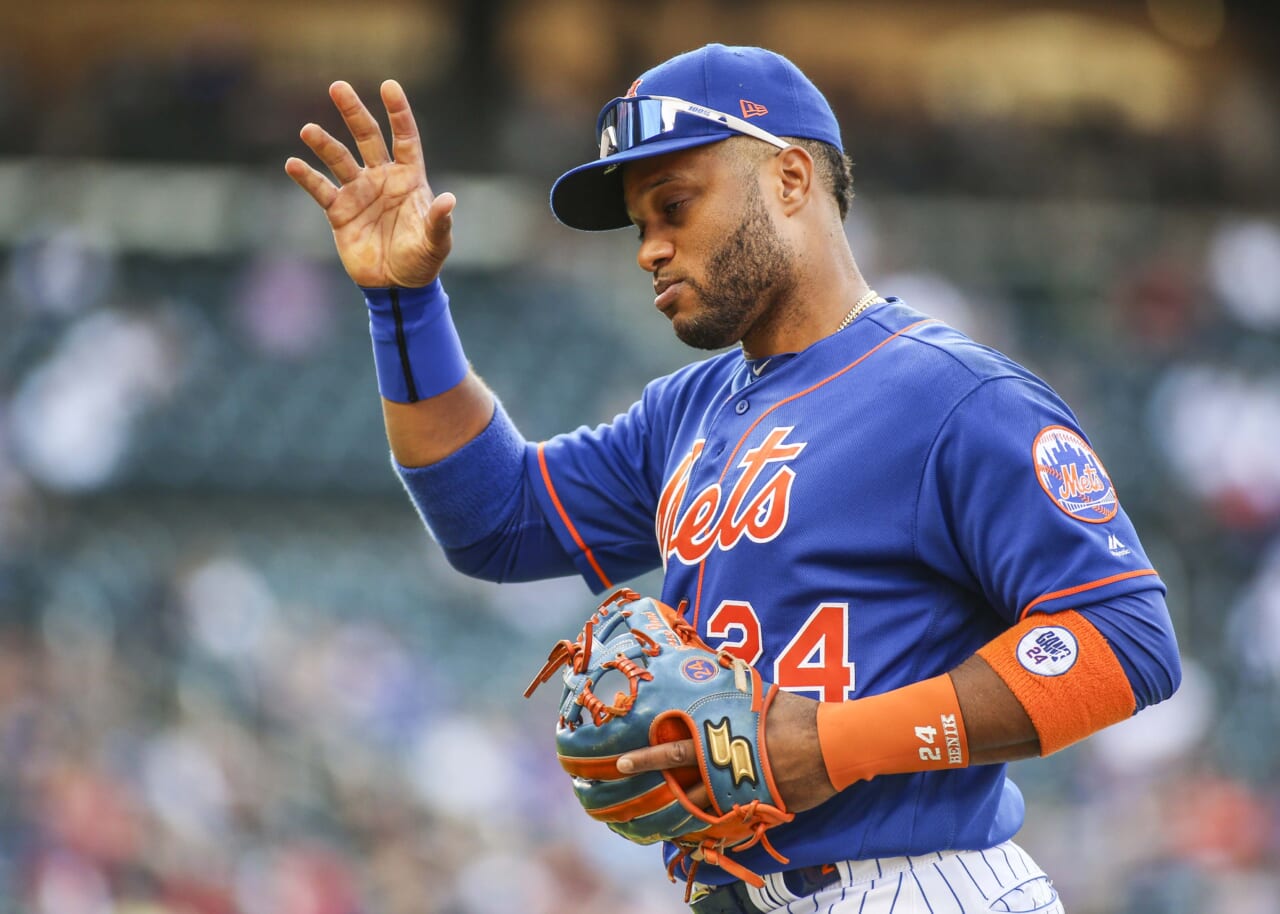 Robinson Cano is entering his second season with the New York Mets. The team acquired Cano and reliever Edwin Diaz from the Seattle Mariners in December 2018 for prospects Jarred Kelenic and Justin Dunn, pitchers Anthony Swarzak and Gerson Bautista and outfielder Jay Bruce.

Major League Baseball is prepping for a 60-game regular season in the wake of the COVID-19 pandemic. On Thursday, Cano expressed how the situation is “really hard” (quotes per Mike Puma of the New York Post).

â€œItâ€™s really hard right now, but Iâ€™ve also got to understand the situation,â€ Cano said Thursday. â€œI was home training, do some biking every day and try to keep myself in shape, because it was like a week or two weeks before the season starts.â€

â€œI donâ€™t want to say that I feel behind,â€ Cano said. â€œBut I think we have got a week left, and I think I can get some at-bats, 20-25, and for me the main thing right now is I feel good physically and was able to keep myself in shape.â€

The Mets recently signed outfielder Melky Cabrera to their 60-player pool. Cabrera and Cano were teammates on the New York Yankees from 2005-09.

Cano says Cabrera “means a lot” to him.

â€œ[Cabrera] means a lot to me,â€ Cano said. â€œWe came over here with the Yankees and created a good relationship, won a championship together and itâ€™s good to have him here. I know what he can bring to the table and also heâ€™s a guy with experience that can help the team from both sides of the plate, in the outfield. He can help this team to win games.â€

Cano has high praise for his double-play partner, Amed Rosario.

â€œAfter the second half last year, the way he improved and the numbers he was able to put up, he was better than the year before,â€ Cano said. â€œHe came into spring training in shape and heâ€™s a guy, he can still grow. He will be one of the best shortstops in this game. Itâ€™s just a matter of time and some guys take longer than the other ones.â€

If there is a player in the New York Mets camp who is eager to make an impression, that’s Melky Cabrera. The veteran outfielder had been out of a job for months before the Mets came knocking on his door a couple of weeks ago, most precisely on June 29.

His best years are obviously behind him, since he’s 35 years old. The Mets had him for a workout in February, even asking him to take some ground balls at first base, but an offer never came. Then, the pandemic struck. Thankfully, with teams looking for veteran depth and guile, there was an offer this time around.

â€œWhat they did tell me was to just come in and work hard,â€ Cabrera said through an interpreter. â€œYou just never know what happens. So Iâ€™m coming here to work hard and give it my all.â€

The Mets are very deep

At this point, Cabrera knows the drill. He is familiarized with the fact that it isn’t certain that he will make the New York Mets’ final roster. After all, the team has plenty of outfielders, including Brandon Nimmo, Yoenis Cespedes, J.D. Davis, Jake Marisnick, Michael Conforto, and Dom Smith.

His ability to switch-hit would give manager Luis Rojas a bit of versatility at the time of writing the lineup.

â€œIâ€™m grateful for the opportunity,â€ Cabrera said remembering his time with the Yankees. â€œThis is where I first started my career. And Iâ€™m grateful to the team for giving me this new opportunity to continue playing here.â€

The New York Mets have taken the veteran free agent market by storm since they published their 60-man player pool on Sunday evening. Kidding aside, they have made a few depth signings that will sure come in handy during the shortened calendar and in the event that injuries strike.

Earlier on Monday, the Mets announced the return of right-handed jack-of-all-trades pitcher Erasmo Ramirez, who pitched the spring training with them; and deals with pitcher Hunter Strickland and infielder Gordon Beckham. Now, they are also reinforcing the outfield corps with veteran Melky Cabrera.

Cabrera, who started his career with the New York Yankees and then played for the Atlanta Braves, Kansas City Royals, San Francisco Giants, Toronto Blue Jays, Chicago White Sox, Cleveland Indians and Pittsburgh Pirates, is now a 35-year old veteran who is capable of hitting for average, but not much else.

He didn’t play the spring training with any team this year and is hoping to earn some at-bats in a crowded New York Mets offense.

The Mets’ outfield corps are very deep this season, as they have Brandon Nimmo, Yoenis Cespedes, Michael Conforto, Jake Marisnick, Ryan Cordell, Dominic Smith, J.D. Davis and now Cabrera under contract. Johneshwy Fargas and Jarret Parker are also in the 60-man player pool, which means that the team has the position covered by at least 10 players.