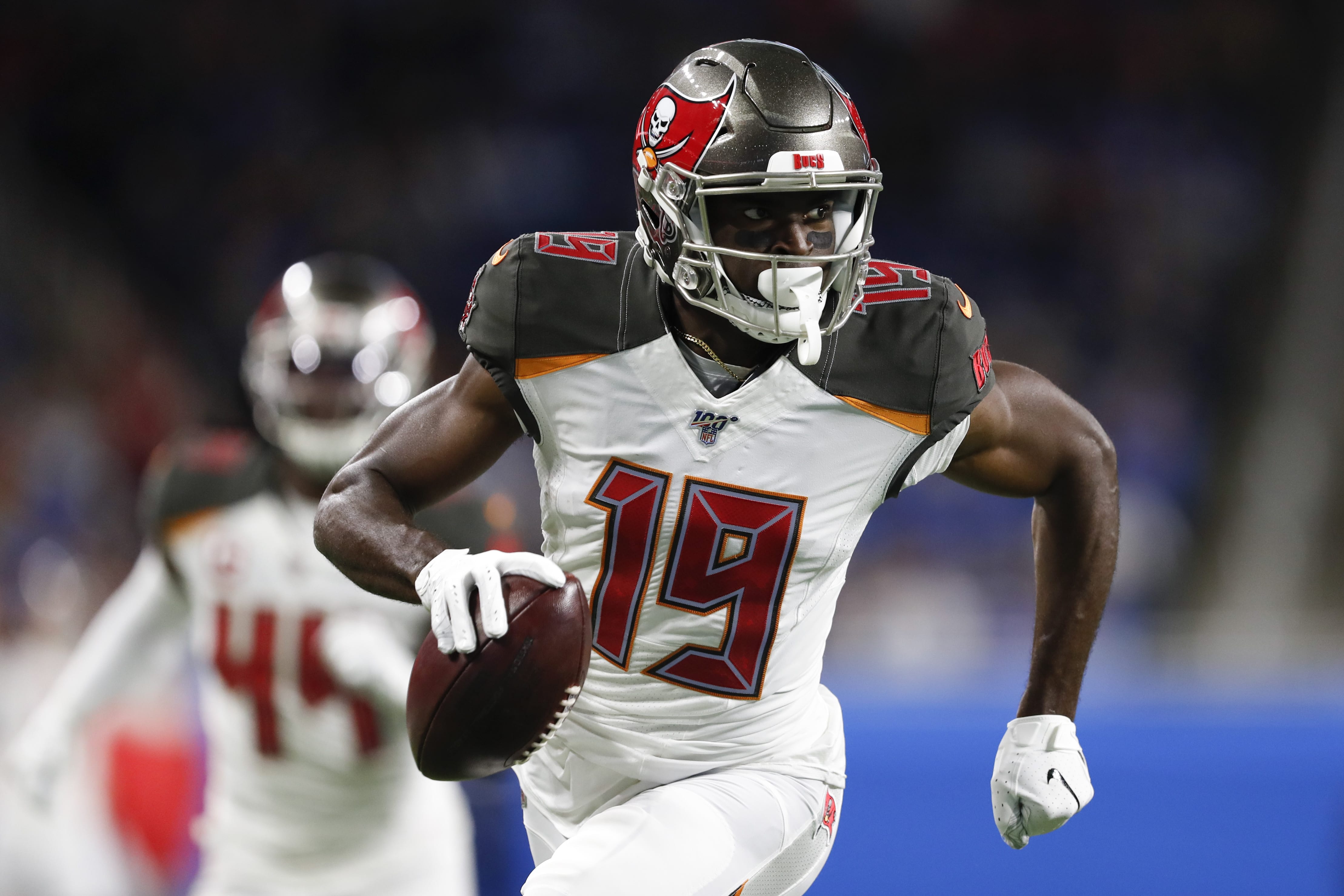 Just as New York Jets nation pondered where Joe Douglas and the front office would go next at wide receiver, Douglas made a move. The Jets have signed wide receiver Breshad Perriman. Perriman had a phenomenal end to the season last year and now receives a one-year, $8 million dollar deal with $6 million guaranteed from Gang Green.

How Does Perriman Fit?

Quincy Enunwa is expected to be back next year, but with the injury question marks, he can’t be counted on right now. Jamison Crowder is a slot guy who had 833 yards and 6 TDs last season, but he’s not the outside deep threat. The Jets lost their number one receiver and key outside deep threat to the Panthers earlier today.

Now, that role will be filled by a former first-rounder in Perriman. Perriman was a first-rounder with the Ravens and was drafted while Douglas was there. At 26, he’s hitting his prime. He’s struggled in the past and ended up joining the Browns before finding a home in Tampa last year.

Well, Perriman must now be counted on to build off the strong finish he had to last season if he can then the Jets will have got a good player on a cheaper deal than Robby Anderson. Douglas said he wanted playmakers, and Perriman can fit that mold.

The Jets can now continue with their plan to target an offensive lineman with their first-rounder, but they need to grab one of the talented receivers in this class in the first three rounds. If the Jets can do that, then they will have a solid receiving corps.

As for other sides of the ball, the Jets finally have the answer to the Anderson question and can now try to add a complimentary piece or two to Jordan Jenkins on the edge. They can add some depth at other spots like corner and running back. They also should look to add a backup quarterback to ensure if Sam misses time they have a quality backup. Matt Moore could be a target. 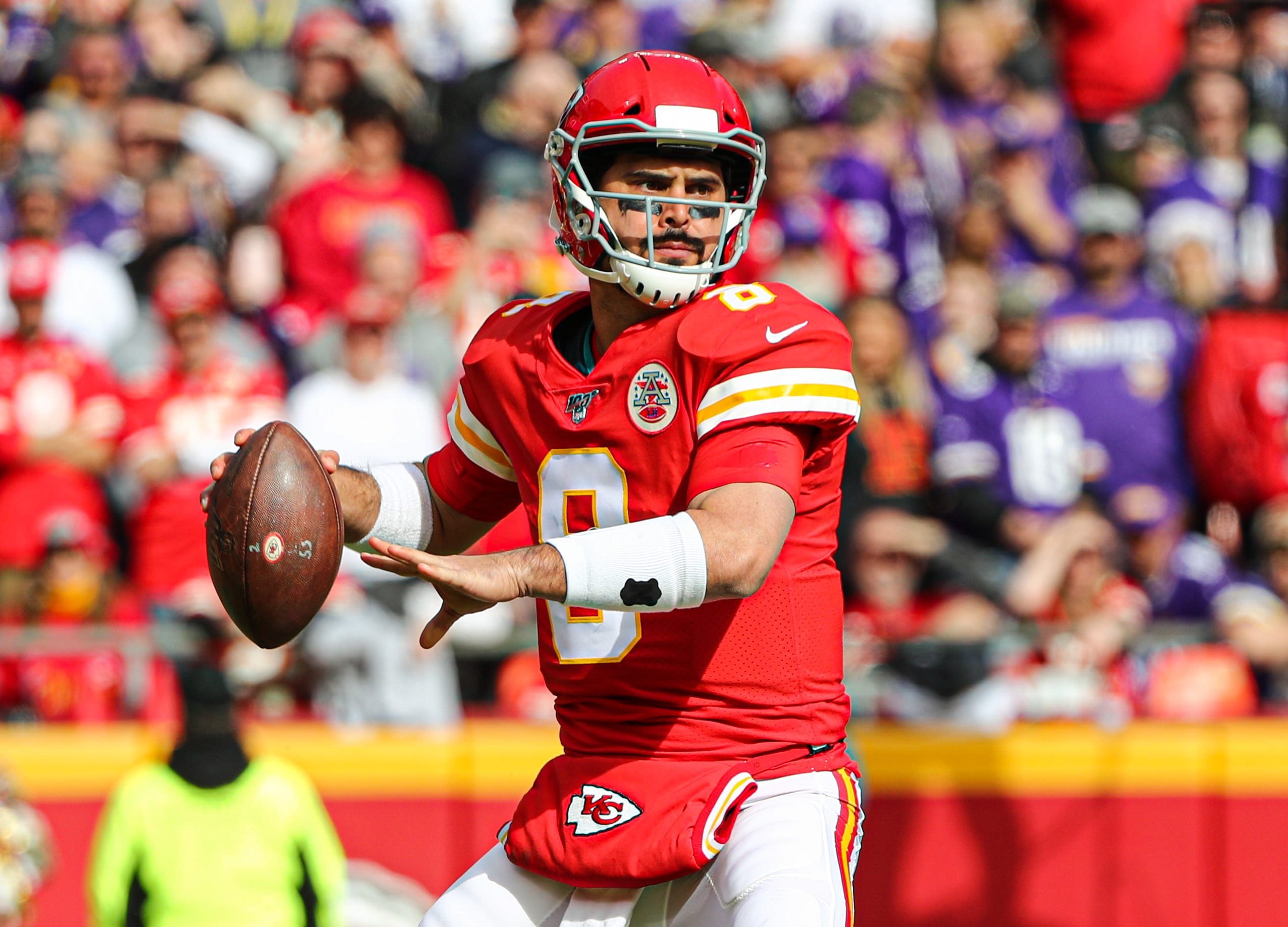 Free agency is a dangerous beast, especially when you have high expectations for your team. The New York Giants entered the market with more than $75 million in their pockets, but only managed to land tier-B players. It’s often forgotten that players have a preference too, and it’s frequent that they defer opportunities to go to their location of choice.

We saw this occur with linebacker Cory Littleton, who ended up in Las Vegas with the Raiders under Jon Gruden for a contract not much higher than the one Blake Martinez earned from the Giants.

However, when you can’t land your backup quarterback due to a minuscule difference in contract terms, it’s a bit concerning. The Giants were in on gun-slinging backup Matt Moore, who previously won a Super Bowl with the Kansas City Chiefs last season, but he elected to refuse their offer, which resulted in GM Dave Gettleman signing the younger, Colt McCoy.

Ralph Vacchiano of SNY reports that Moore turned down the Giants’ offer:

The Giants had previously been linked to former Kansas City and Miami backup Matt Moore, but it’s McCoy who will be joining Big Blue’s QB room. A source tells Vacchiano that the Giants did make an offer to Moore, but he turned it down.

As of now, the Giants currently have McCoy and Alex Tanney on the roster. I anticipate that Tanney will be cut in favor of McCoy, who has proven he can be a reliable backup when called upon. However, Tanney has been significant in the growth and development of Jones. That’s a primary reason Pat Shurmur favored Tanney last season. Sometimes, it comes down to who will be a better teammate than player at backup quarterback.

It’s a bit concerning that Moore was quick to reject the Giants’ offer, but we can likely cough it up to contractual negotiations.