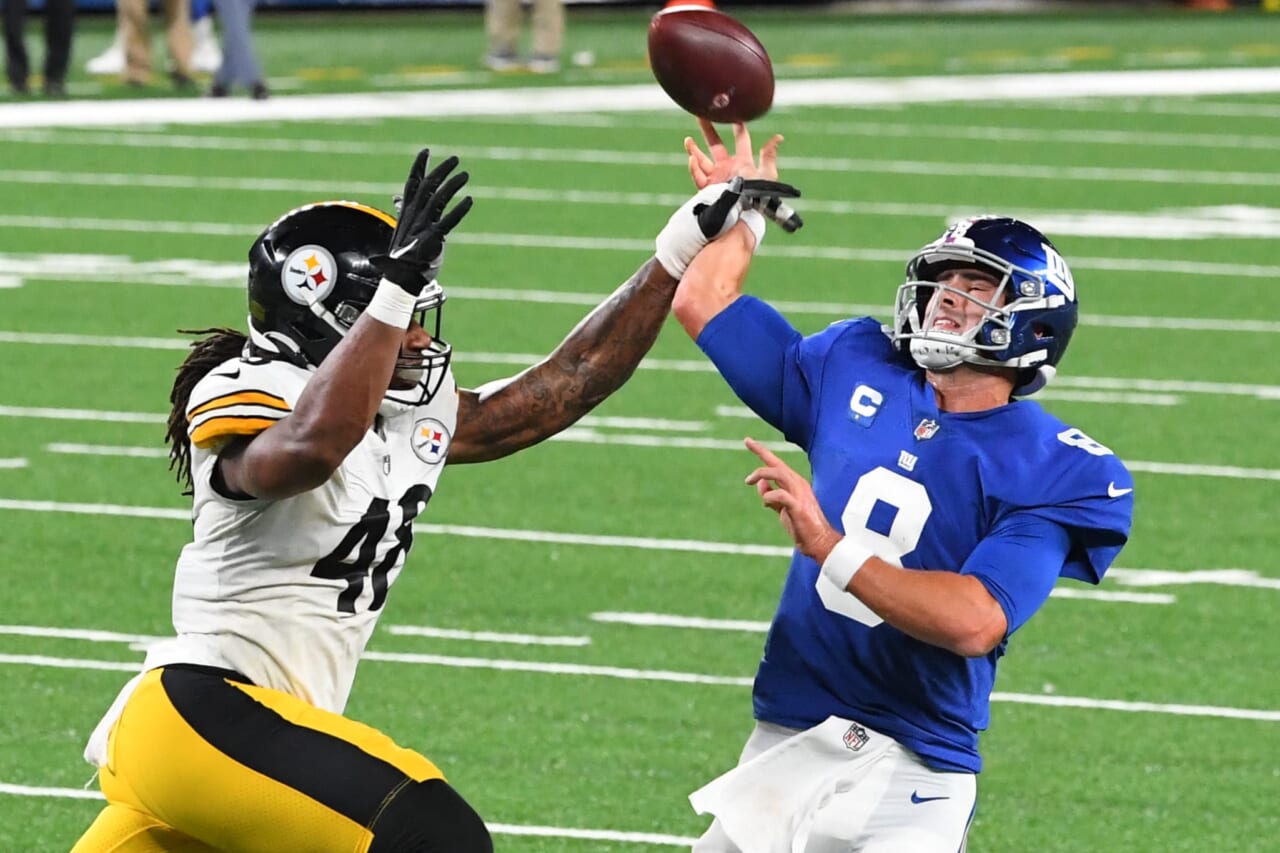 The NFL’s legal tampering period officially began today. The New York Giants have been quiet so far, staying patient as they still look to free up cap space. The Giants are making a push to lower Leonard Williams’s cap hit by the start of the new league year on Wednesday through a long-term extension.

For now, the Giants are staying patient on free agents. They re-signed Austin Johnson, met with Kenny Golladay, and showed interest in a few free agents, but have not made any new additions to the roster yet. It seems like the Giants were close to signing an edge rusher, though. The Giants have been rumored to be heavily interested in adding pass-rushing help off the edge this offseason. After swinging for the fences and striking out on edge rusher Leonard Floyd, it seems like the Giants are destined to upgrade the edge position during the 2021 free agency period.

This morning, Jordan Raanan of ESPN tweeted out a list of free agents that the Giants were expected to be interested in. There were four main edge rusher targets that he reported New York was interested in. Two of those targets are now off the board. Matt Judon was one of them, he landed with the New England Patriots today. Leonard Floyd was the other, a player that the Giants reportedly made “a push” to sign before he ultimately landed back in Los Angeles with the Rams.

The final two edge rushers on Jordan Raanan’s list are Haason Reddick and Bud Dupree. Reddick is an interesting name to keep an eye on. The Giants faced the Cardinals this past season and were met with trouble when Haason Reddick racked up five sacks in Arizona’s victory. New York is fully aware of Reddick’s abilities and could be interested in making him their first splash signing of the 2021 offseason. Haason is coming off of a career-high 12.5 sack season and could be a perfect target for the Giants on a one-year “prove-it” deal.

Bud Dupree is another intriguing name linked to the New York Giants. Dupree is coming off of a season-ending ACL injury, making him a risky potential signing. However, Dupree is an impressive, versatile pass-rusher that has racked up 19.5 sacks in his past 27 career games. The Giants could look to sign Bud to a short-term contract and see if he can bounce back from a devastating injury.

The 2021 free agency class is loaded with talented edge rushers. If the Giants are intent on adding help on the edge, they will be able to find good value in this year’s class. However, the players near the top of the market will not come cheap. Leonard Floyd’s deal averages at around $16 million while Matt Judon’s deal landed at around $14 million. These high price tags could be the reason New York has yet to make any signings. If the New York Giants are serious about adding talent in this year’s free agency period, they are going to need to free up some cap space as soon as possible.