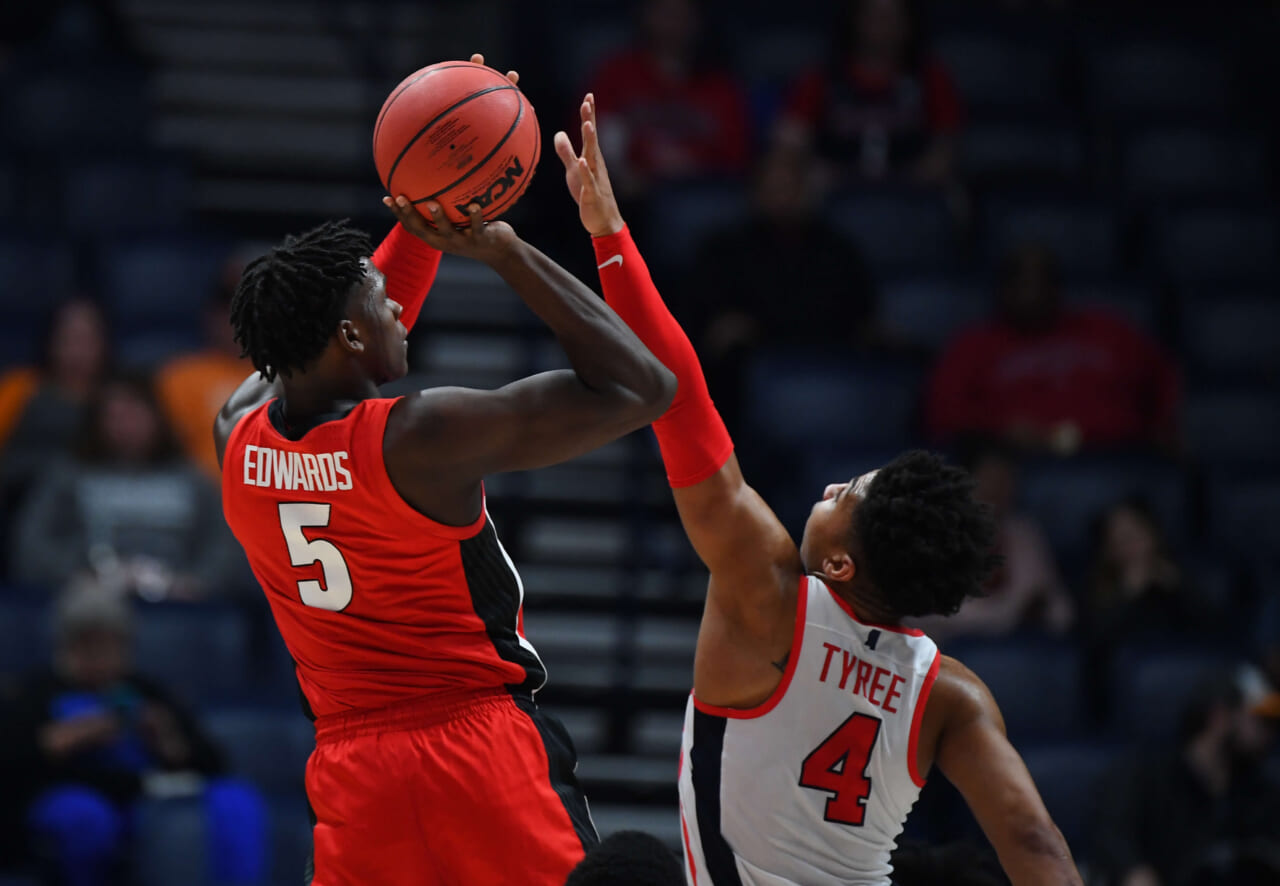 There’s a great debate on what’s the best course of action after the New York Knicks fell to the eight spot in the NBA Draft.

During Rose’s first interview back in June, he already hinted at how the Knicks view this year’s Draft class.

â€œItâ€™s interesting, this draft, thereâ€™s a couple of guys that might stand out, and after that, I think thereâ€™s a lot of equality,â€™â€™ Rose said.Â

Perhaps Rose was referring to the enigmatic LaMelo Ball, their top point guard in their board, and Georgia’s Anthony Edwards.Â

After those two young studs with the most obvious star potential, it’s going to be a guessing game.

With a roster lacking in star power, the Knicks are still years away from building a contender.Â  But with a Draft capital and a large salary cap space, they are also in a good position to accelerate their timeline via trades and the free agency.

The Knicks have a decision to make that could have a domino effect in their rebuilding plan. The upcoming Draft should be the first domino to fall.

The Minnesota Timberwolves and the Golden State Warriors have hinted that they’re open to trading the top two picks.Â  The Knicks are expected to survey the asking price of those picks.

“It all depends on what theyâ€™d have to give up. I do like the idea of Anthony Edwards or LaMelo Ball in a New York Knicks uniform, but at what price? Iâ€™m not sure Iâ€™d be willing to take out a second mortgage on the house to move up,” NBA Draft analyst Matt Babcock of Babcock Hoops told Empire Sports Media.

In a Draft that is so wide open, the Knicks are looking at all options, including sticking with their pick or trading down to accumulate more assets according to a source familiar of the Knicks’ front office thinking.

Even without a top-three pick, the Knicks could still wind up with the best player of the Draft, according to ESPN college basketball analyst Fran Fraschilla.Â

But even taking the next best available player at No.8 is tricky.

“I think general managers using the line â€œwe will take the best player availableâ€ can be misleading. Each teamâ€™s big board is different and catered to their own team and needs. With that said, in most cases, a team â€œtaking the best player availableâ€ would likely be a healthy balance of talent and team need, naturally, which is the way it should be,” Babcock explained.

Babcock, the former NBA agent turned Draft analyst, said the Knicks have plenty of options at No. 8.Â  It will just boil down to their priorities.

“Out of the group of players that Iâ€™m expecting to be on the board at that pick, I think the Knicks should take a look at a handful of different guys that could be good fits: Isaac Okoro from Auburn, Devin Vassell and Patrick Williams from Florida State, or point guards Tyrese Halliburton and Kira Lewis from Iowa State and Alabama, respectively,” Babcock said.

For a Knicks team that has so many holes to plug, it’s going to be trickier.Â  But in the Draft that could be without in-personal draft workouts and interviews, Rose and his team are built for this.

Draft intel should be king. And Rose has managed to surround himself with a solid team that has built relationships across and outside the league.Â  He has World Wide Wes and Draft guru Walter Perrin to lean on.Â  Kenny Payne’s connections in college basketball and AAU circuits could also come in handy.

“My general feeling is that if a scout does a good job throughout the year, they should have a good grip on a playerâ€™s on-court talent. The typical pre-draft process should be more of an opportunity for scouts to get a feel for a player off the court by interviewing them and doing extensive background research. Of course, teams havenâ€™t been able to meet with players in person recently, but I donâ€™t think teams are being held back from gathering the necessary information too much,” Babcock said.

Back in April, when Perrin was still with the Utah Jazz, he raised his concerns on the lack of in-person interviews in this KSL Sports report.

â€œWith a phone interview, youâ€™re not able to see body language,â€ Perrin warned. â€œIn a live interview, you can see how guys react to certain questions that may not be facial. I feel you may get a better sense of how well they answer a question, how much trouble, or the struggles they may have coming up with an answer. I personally think itâ€™s better to see them live.â€

On-court performances are just the tip of the iceberg.Â  There are so many factors why amateur standouts don’t pan out in the NBA and why late-round picks or undrafted players become stars. Half of the equation is talent.Â  The other half is the mental makeup and character of a player.

For a team that has long been wallowing in dysfunction, it is a whiff of fresh air to have someone like Perrin in the front office. The Knicks must get this Draft right to have a foundational start in their rebuilding.Â  It appears that the new regime has the right tools, this time, to navigate this delicate Draft.