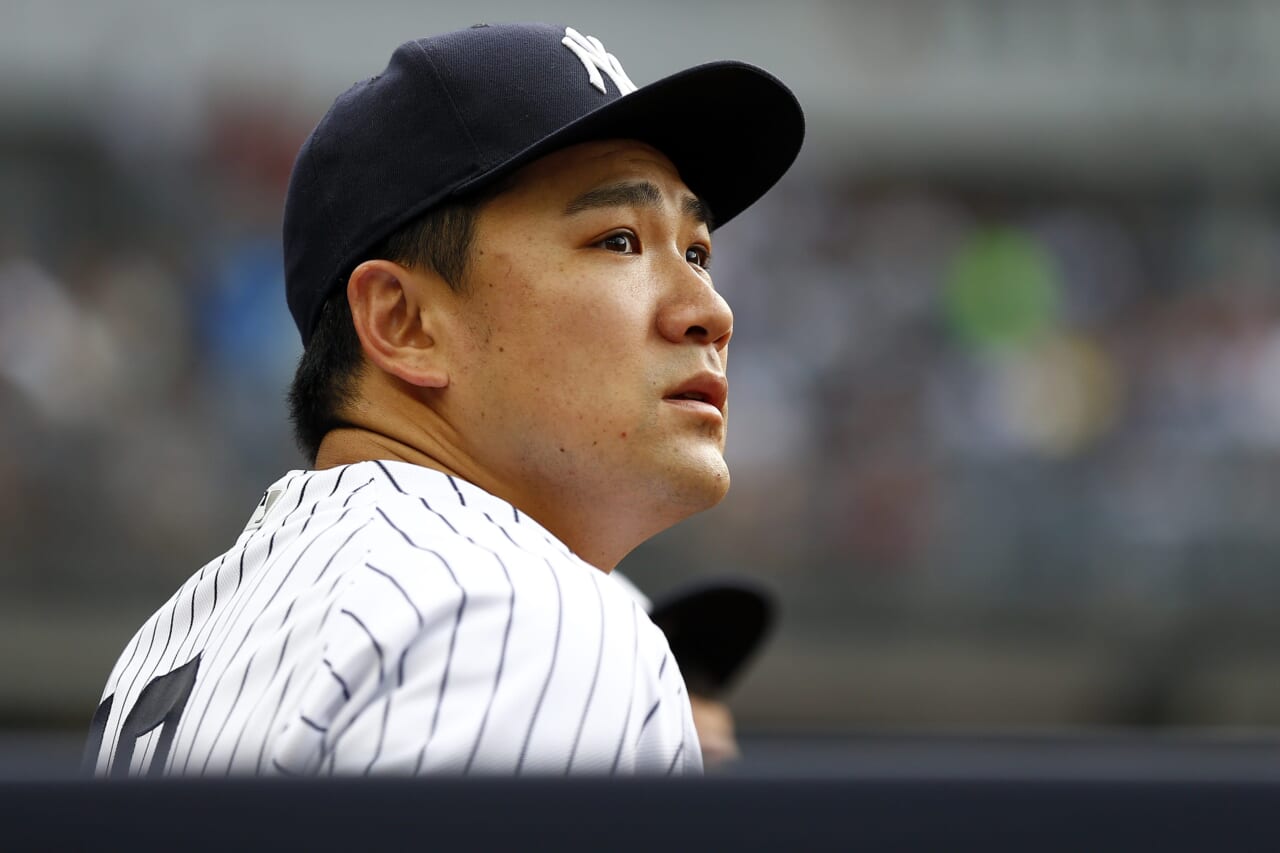 For the New York Yankees, the first day of summer camp has turned into a horror.Â  While training Masahiro Tanaka was pitching to Giancarlo Stanton when Stanton hit a line drive that hit Tanaka in the head.Â  Tanaka immediately fell to the ground in obvious pain. As he was hit you could hear a loud crack when the ball struck him.Â  He laid motionless for minutes before trainers helped him off the mound to the dugout. Update below.

The latest on Masahiro Tanaka

Masahiro Tanaka after taking a comebacker to the head is up and walking on his own as reported by the New York Yankees.Â  The Yankees said is talking and is alert. They said they are optimistic the Tanaka will be okay.Â  In an effort to assure his status they have sent Tanaka to New York’s Presbyterian Hospital for further evaluation.

The New York Yankees official statement read: He is currently alert, responsive, and walking under his own power. He is being sent to NewYork-Presbyterian Hospital for further evaluation and testing.

This year with the acquisition of Gerrit Cole, he will be the New York Yankees ace.Â  Last year Masahiro Tanaka had to take Luis Severinoâ€™s ace role. However, Yankee fans were let down as Tanaka was not at dominate last season. He ended the season with an 11-9 record and an inflated 4.45 ERA in 32 games. The ERA is mostly due to a couple of poor outings where Tanaka didnâ€™t survive past the first or second inning.

On July 25 he gave up 7 runs in the first inning in a loss to the Red Sox. A big reason for his struggles is that his split-fingered fastball was nowhere near as effective last year as it has been in the past.

The Yankees hope Tanaka being hit in the head will not endanger his season, as they have already lost pitcher Luis Severino to Tommy John surgery.Â  Severino will miss the entire 2020 season.Â  If spring training is any indication of him regaining his dominance the Yankees will have a great second man in that pitching rotation.Â  In the early camp, Tanaka was 1-0 with a 2.08 in three games.