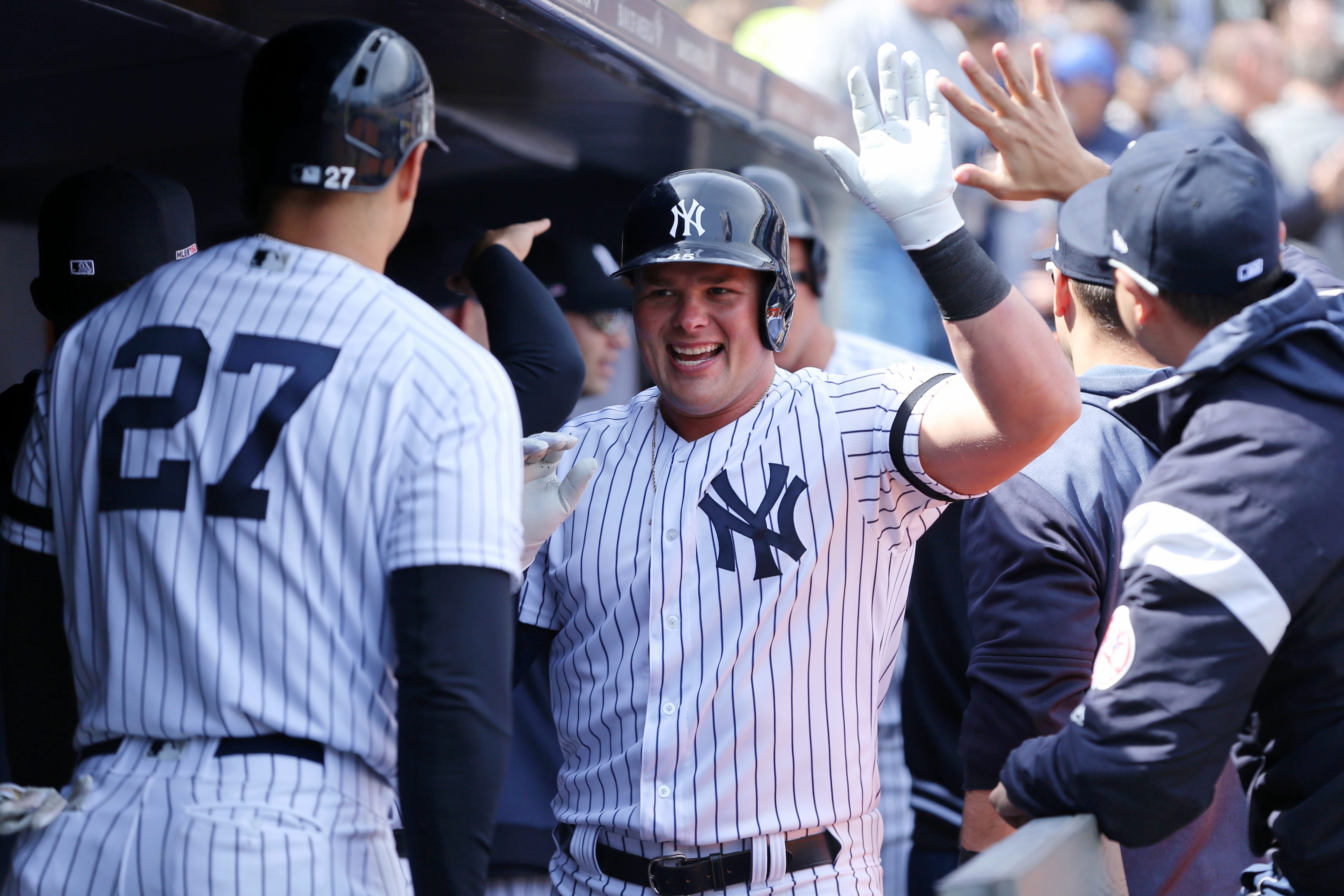 After back-to-back singles by Aaron Judge and Giancarlo Stanton, Voit cranked a low slider on a 3-1 count into Monument Park for the Yankees first three runs of the game and season, and it led them to a 7-2 victory over the Baltimore Orioles.

That home run was Voit’s only official at-bat, he took walks in two other plate appearances and was also hit by a pitch. His hit-by-pitch actually resulted in an RBI, as the bases were loaded. Aaron Judge was the only Yankee with multiple hits, a single to right and an infield single. All Yankee batters besides leadoff hitter Brett Gardner had a hit, but Gardner did have a walk.

Greg Bird went 1-for-4 on the game, with three strikeouts and a home run into the Yankee bullpen. Miguel Andujar had a single to CF in the seventh and an RBI sacrifice fly early on. Andujar, however, did have a throwing error in the fourth inning.

A quality start for Tanaka:

Masahiro Tanaka got his 2019 season off to a good start, giving up six hits, two runs (one earned), and fired five strikeouts in 5 2/3 innings of work. Only throwing 83 pitches, the Yankees didn’t want to stretch it with him as the team doesn’t play again until Saturday.

Tanaka was throwing his slider and splitter well and for strikes. All five strikeouts were swinging, including him striking out the side in the second inning using mainly offspeed pitches. Most outs came from his slider or splitter, and he only threw a few curveballs all game.

Tanaka faced 22 batters and threw first-pitch strikes to 12 of them.

Ottavino showed out in his first game:

Adam Ottavino had no New York jitters. He came out to relieve Tanaka in the sixth inning with two outs to strike out Rio Ruiz, then came back for the seventh inning getting two more strikeouts and a lineout to Troy Tulowitzki at shortstop, who got a hit in his first game as a Yankee.

Zach Britton and Aroldis Chapman came in for the eighth and ninth innings, and each pitched scoreless innings despite both giving up a hit.

The two teams don’t play on Friday but will continue the series on Saturday at 1:05PM on YES Network, ESPN+, or FOX Sports Go. The probable starters for the game are Nate Karns and James Paxton. 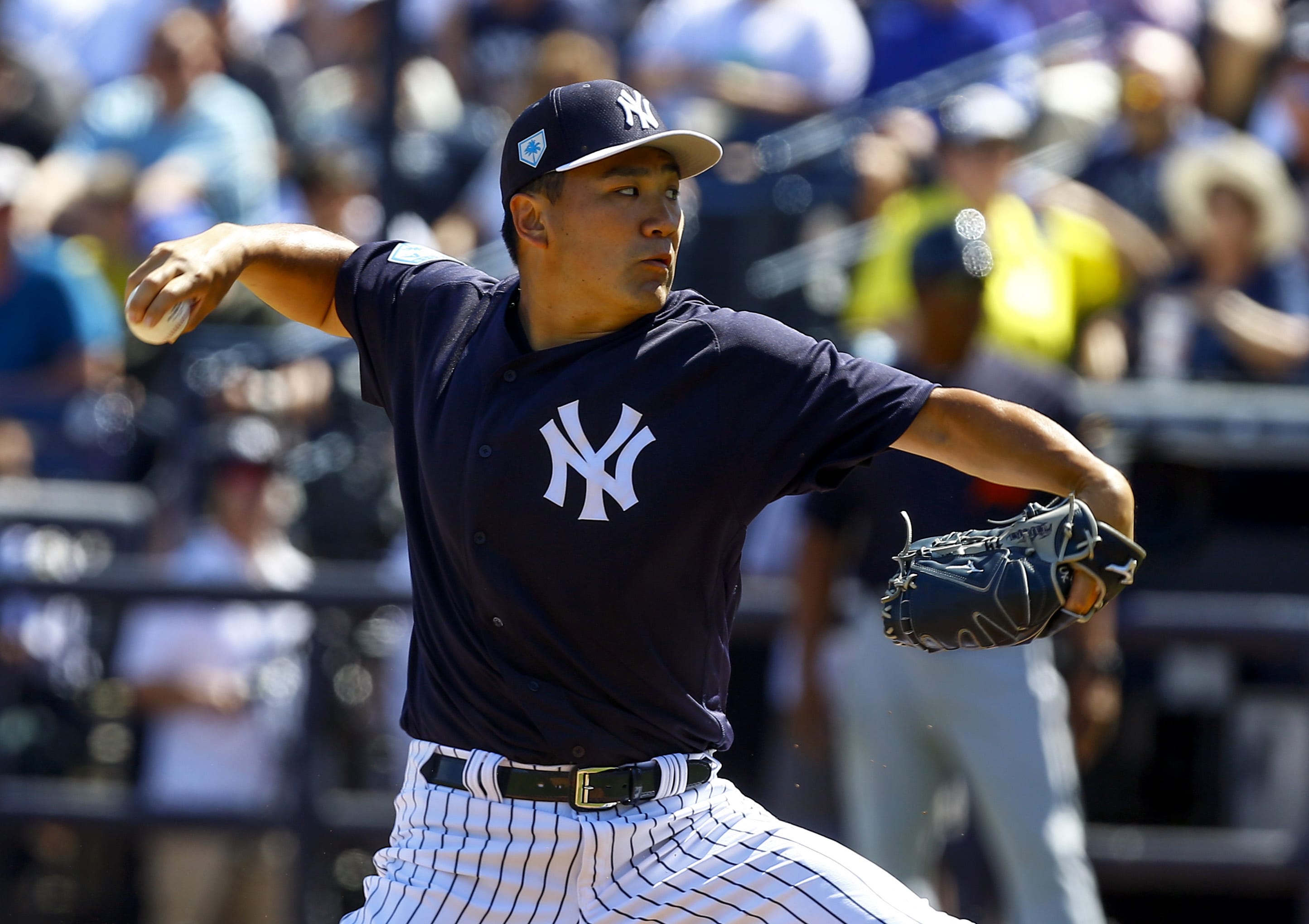 New York Yankees starting pitcher Masahiro Tanaka had is spring debut on Sunday at home against the Tigers, and boy he sure looked good.

In the first inning, Tigers centerfielder Daz Cameron rocketed a double deep into center field, but Tanaka stranded him on third by striking out the next two batters and forcing a fly out to center for the third out.

Tanaka’s second inning was flawless, working three groundouts to the left side, two of them to Miguel Andujar at third. The first one, Andujar took a few steps right to field a backhanded, hard-hit ground ball, and threw a two-hopper to first. The second was a routine ground ball that he put away with ease.

The third inning was just as good for Tanaka, getting the leadoff hitter to groundout to Kyle Holder at short, then two easy flyouts to Estevan Florial in center.

His final stat line: three innings, one hit, two strikeouts, and one runner stranded at third.

He also got a little run support in the first two innings, Brett Gardner hit two homeruns to right field for his first two hits of the spring, Aaron Judge lined his first homerun of the spring to right, and Gary Sanchez hit a screamer down the left field line that barely stayed fair.

The Yankees are actually playing as a split squad today, the other team is playing the Toronto Blue Jays in Dunedin. Luke Voit is leading the way down there with a solo homerun, making the fight for first base even more interesting.