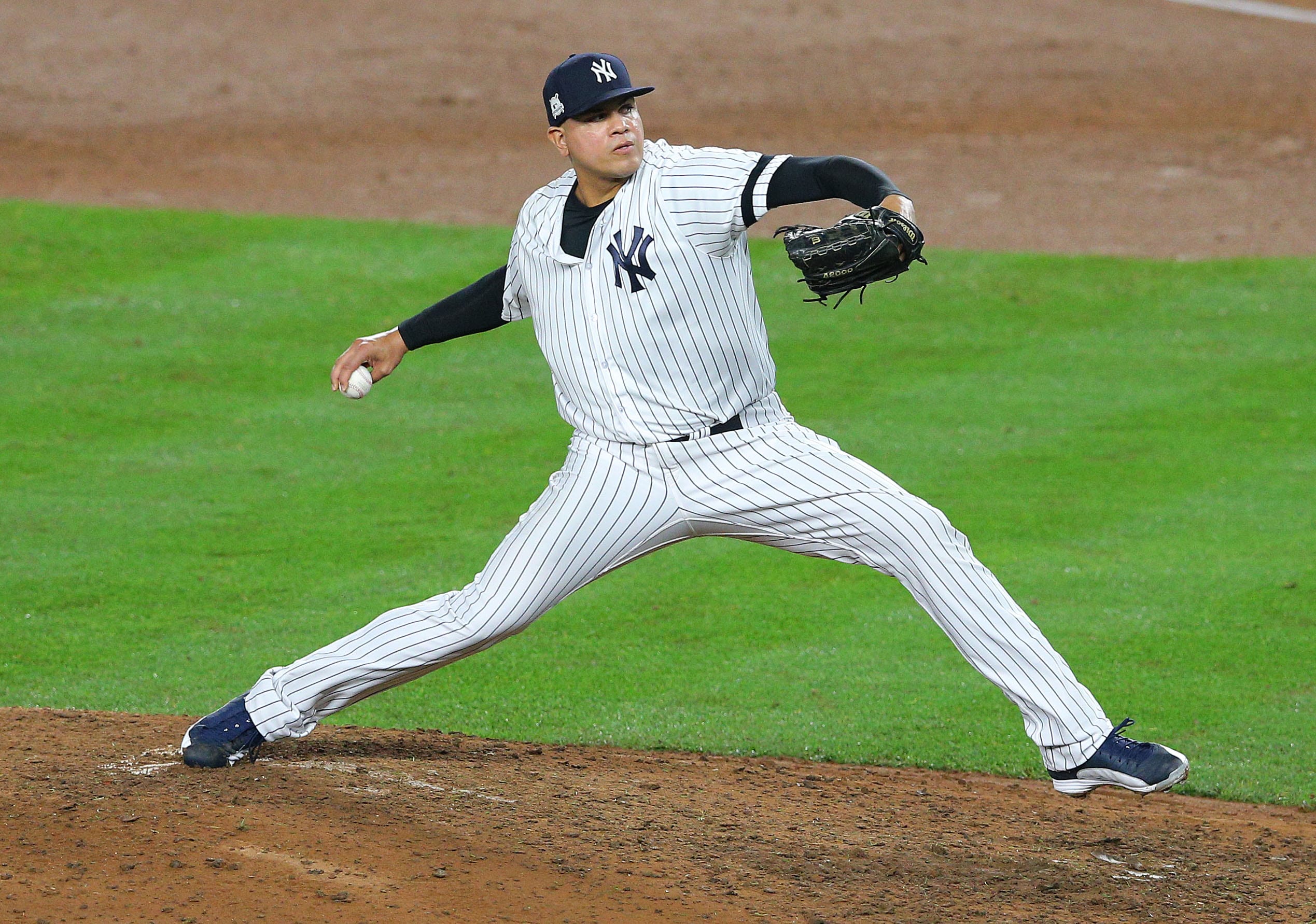 This Would Be THE BEST Rotation In Baseball

Through the grapevine, the New York Yankees are looking to acquire one more arm, who would automatically move Sevy, Paxton, and Tanka to the 3, 4, and 5 spots in the rotation respectively. That arm is a three-time World Series champion this decade. And that is the left arm of Madison Bumgarner.

Now I know a lot of you are saying “He’s too old,” “he’s on the decline”, so just hold up. The guy is turning 30 next season, pitched over 200 innings, had a sub 4 ERA on a TERRIBLE Giants team, struck out over 200, and is on the comeback from back to back injury-shortened years by making all 34 starts he was scheduled to make for the Giants.

Yes, he gave up 30 home runs. And I already talked about how Cole will have to adjust to bring his fly-ball rate and home run totals down as well. But how could you not salivate at the prospect of your front 5 being Cole, MadBum, Sevy, Big Maple, and Masahiro Tanaka?! This would be baseball’s best starting rotation.

Why It Won’t Happen

It seems to be common knowledge that MadBum has no intention of leaving the national league. We all know the dude loves to hit, and that would be taken away from him pitching in the Bronx. And considering the success he has seen on the west coast, it seems more than likely that he’ll sign with the Dodgers.

Why It Could Happen

Bringing Andy Pettitte to talk to Cole did a lot to help persuade him to sign. MadBum is from North Carolina, recently retained Brett Gardner is from South Carolina. I think you all see where I’m going with this. 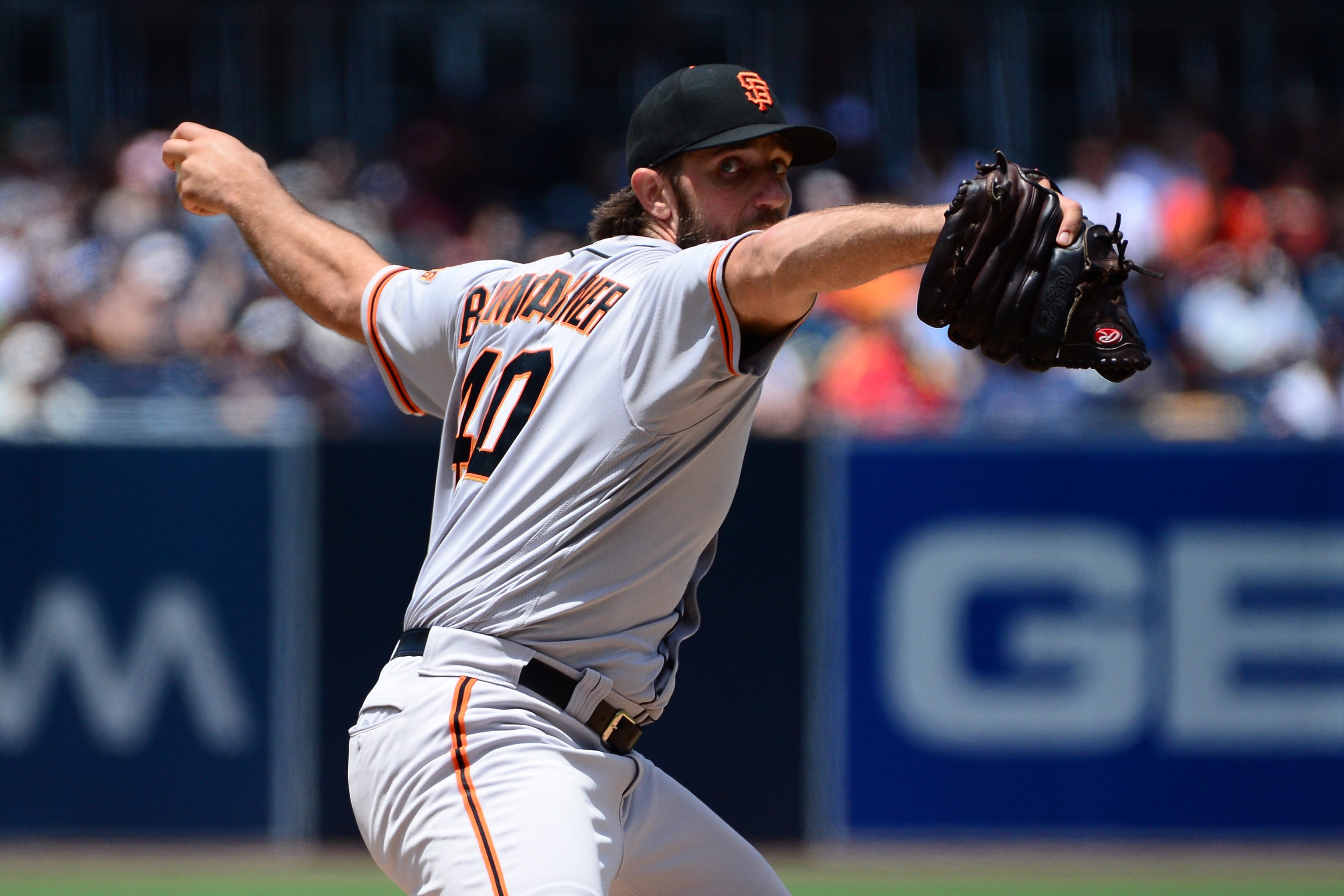 With Marcus Stroman making a surprise move to the Mets, the New York Yankees will focus in on a select group of starting pitchers that clearly won’t include the Blue Jays ace.

With Stroman out of the picture, it opens up the door further for a Noah Syndergaard deal, but both Madison Bumgarner and Trevor Bauer remain available. In Bauer’s most recent outing, he allowed eight runs over 4.1 innings, which surely didn’t help his cause, but one dud in a solid season is acceptable.

The Yankees, however, are open to dealing both Clint Frazier and Miguel Andujar, who has seen his value decrease in what was supposed to be another solid season for the second-year starter.

Yankees seem willing to consider Miguel Andujar and/or Clint Frazier in deals for the starter they need. Deivi Garcia appears to be off limits, except possibly for Syndergaard (which is a long shot for other obvious reasons)

The Bombers weren’t willing to let Deivi Garcia go, which might have been the reason Toronto went after the Mets prospect pool. This was a smart move for the Yankees, as Garcia has shown fantastic ability so far and is only 20-years-old.

It will undoubtedly take a few quality prospects to pry an above-average starter away from any team, but the willingness to part with Frazier or Andujar increases their chances.

Who will the New York Yankees dive into now?

I believe the Yanks will focus in on Bumgarner, who is one of the league’s premier postseason pitchers. The Bombers’ starters last year were atrocious, allowing 16 runs in a loss to the Red Sox in the ALDS. Avoiding that same result is the goal at this point.

Madison owns an 8-3 record with a 2.11 ERA in the postseason. His dominance in the playoffs could help the Yankees succeed beyond 2018’s result, which is what they need.

In his 11th seasons, Bumgarner has a 3.66 ERA over 22 games. His strikeouts are up significantly from last year, and he seems to be of ace quality. With Luis Severino destined to make a return at some point, having two pitchers that can go deep into games and hold their own in the postseason is very valuable. 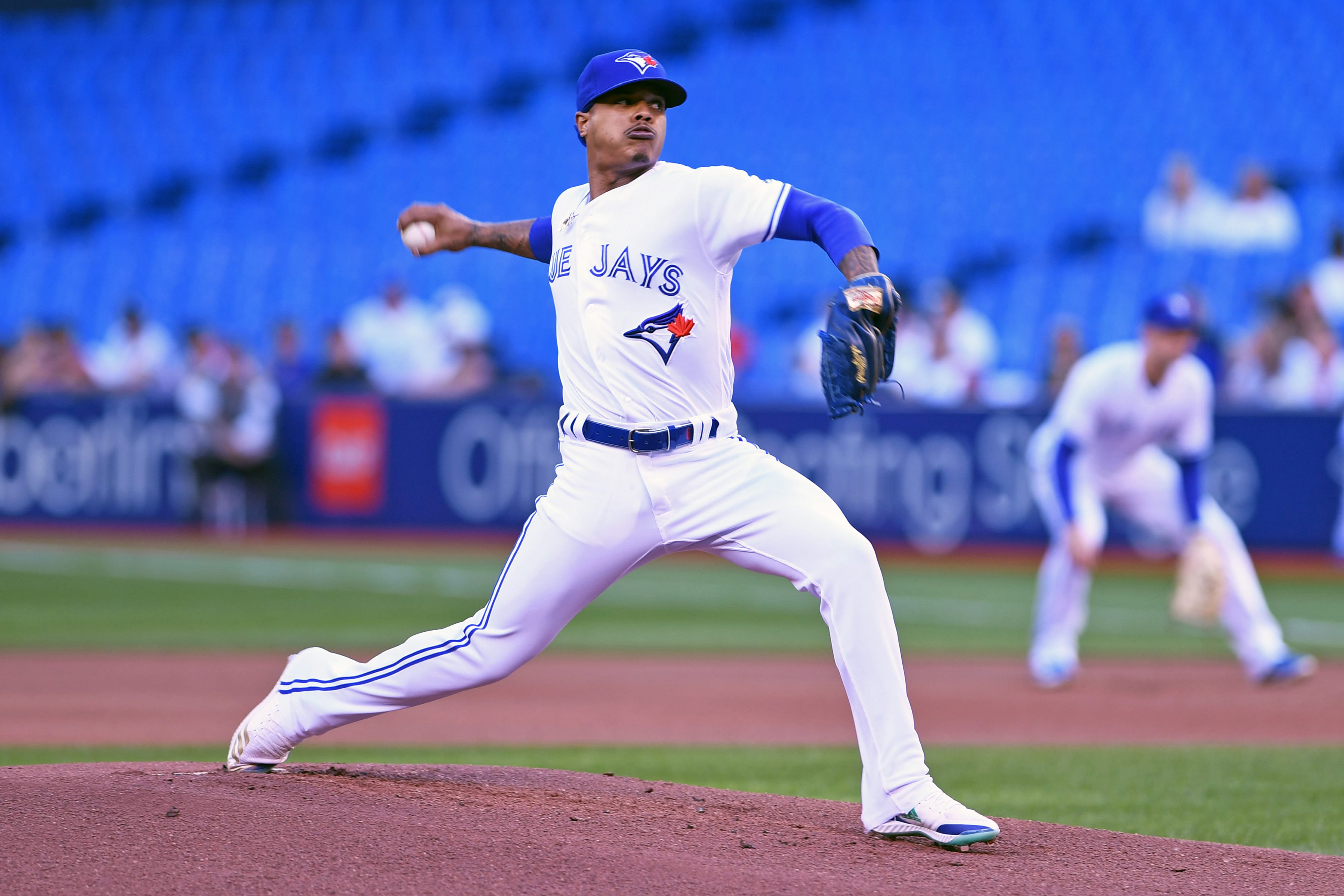 After the New York Yankees starting pitching had one of its worst weeks in franchise history, it looks more likely that the team will acquire a starting pitcher before the trade deadline. Marcus Stroman and Madison Bumgarner are the two biggest names that come up, and the Yankees will be better off acquiring Stroman over Bumgarner.

Marcus Stroman is a little less than a year younger than Madison Bumgarner, and debuted in the majors in 2014 compared to 2009 for Bumgarner. This means that Stroman would be under team control through 2021, when Bumgarner’s contract expires at the end of 2020.

Stroman has also had less issues with other players. Even though he is in the NL, Bumgarner has had many run-ins with guys like Yasiel Puig, and that could be harmful to the team.

However, it might be hard to get Bumgarner anyway. The Giants are playing well of late, and they may not end up selling in hopes of a shot at a wildcard spot. The Blue Jays on the other hand are well out of the wildcard race and are beginning a huge rebuild.

With that being said, Toronto would likely want more prospects for Stroman. They are rumored to be interested in Deivi Garcia and Clint Frazier, but other guys like Tyler Wade could also be in the mix.

Marcus Stroman would be a much better option for the Yankees over Madison Bumgarner.