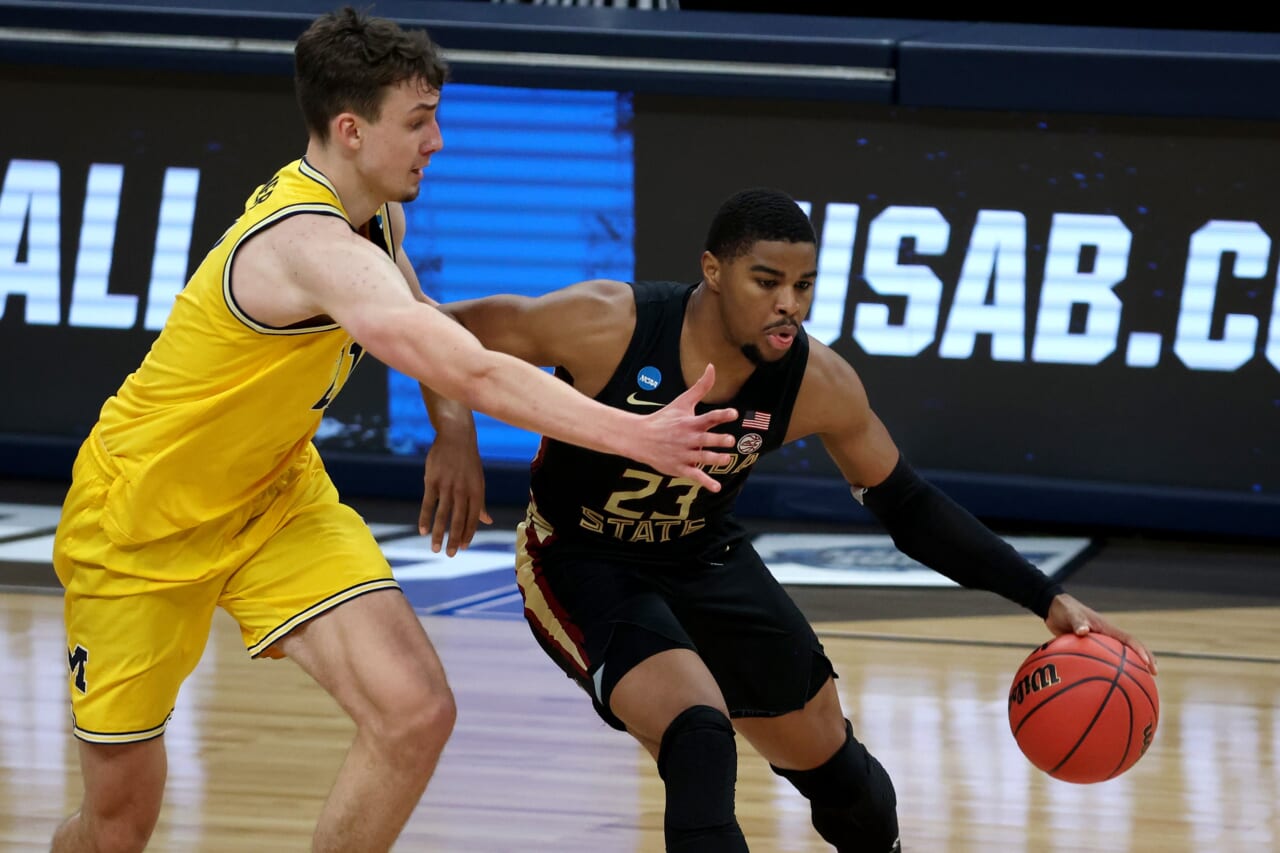 The Knicks have one spot left for their training camp roster after officially signing Florida State University shooting guard M.J. Walker to a contract on Friday.

Walker, who went undrafted, averaged 12.2 points per game, 2.5 assists, and 2.5 rebounds in 24 contests last season during the 2020-21 season. While his scoring production doesnâ€™t raise any eyebrows, he is an efficient three-point shooter, hitting on 42.3% of his shots over 4.3 attempts per game. Heâ€™s also an 80% free-throw shooter and averaged nearly a steal per game over 29 minutes last season.

The 6’5″, 213-pound guard played four seasons with FSU. He was named to the All-ACC second team last year but failed to land with a team in the draft, electing to compete during training camp with a deep Knicks roster.

Unfortunately for Walker, his quest to making a professional team is full of challenges, but he might be a good G-League candidate for New York.

About a week ago, Walker played in 20 minutes in the Knicks’ victory over the Cleveland Cavaliers on August 14. He scored nine points, shooting 3-for-4 from the floor and connecting on all three of his shots from deep. He also contributed five rebounds, two steals, and a block.

Walker performed well, instilling a bit of confidence in the coaching staff, which ultimately rewarded him with an official contract. He will be looking to continue his solid play during training camp in a few weeks.