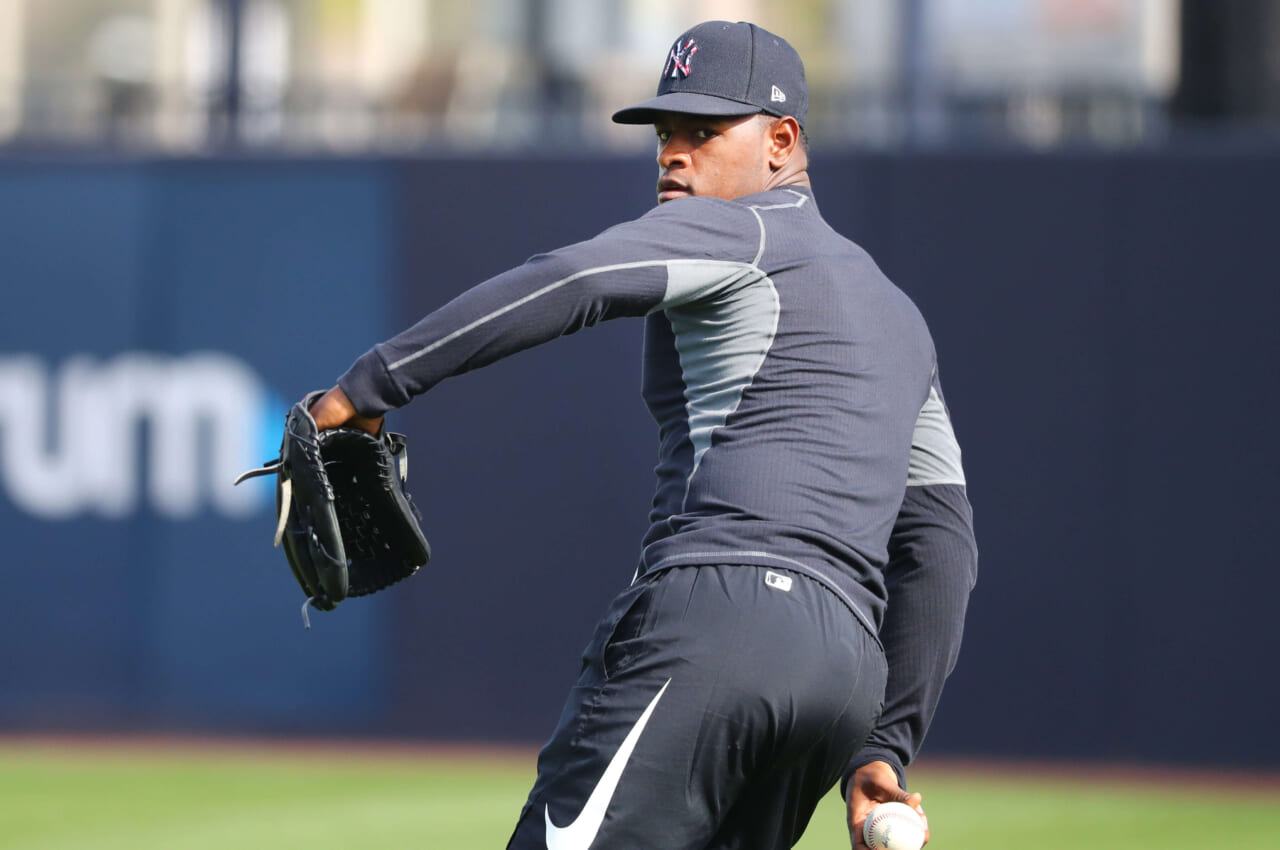 The New York Yankees have a big decision to make with their starting rotation this upcoming season, after losing Corey Kluber to the Tampa Bay Rays before the lockout commenced.

Depending on several injury-prone players may end up biting the team in the butt once again, since general manager Brian Cashman’s strategy has been cost-efficient the past few seasons. He’s committed to players coming off injury, signing them to cheaper deals with hopes they can revive their former production.

However, that method has failed to perform, but the Yankees are still confident that Luis Severino can become a solid middle-of-the-rotation pitcher for them moving forward. Severino has only pitched 18 innings over the past three years, well removed from his 3.39 ERA during 2018. He pitched 191.1 innings during the campaign, recording 19 wins and 10.35 strikeouts per nine.

The hope is that Severino can find his fastball velocity once again after seeing a 2 mph decrease compared to 2018 when he was sitting at 97.6.

Severino posted to Twitter on Tuesday, showing off some work against live batters who failed miserably to make any contact.

Interestingly, Severino mixed in a cutter last season over his short sample size of action. He predominately features a fastball, slider, and change-up, but adding another pitch to his repertoire could give him an edge with batters having last seen him three years ago.

Severino can’t be penciled in as the No. 2 option behind Gerrit Cole at this point, so the team will have to find another player via free agency or trade once the lockout comes to an end. There is optimism between the owners and players union that a deal could get done within the next few days before more games are canceled.

In the meantime, Severino will continue to rehabilitate and prepare for the start of the season, and he will likely be called into action immediately when things get back up and running. It is possible the Yankees feature him in a relief role to get him back into shape, similar to how they approached his return at the end of the 2021 season.