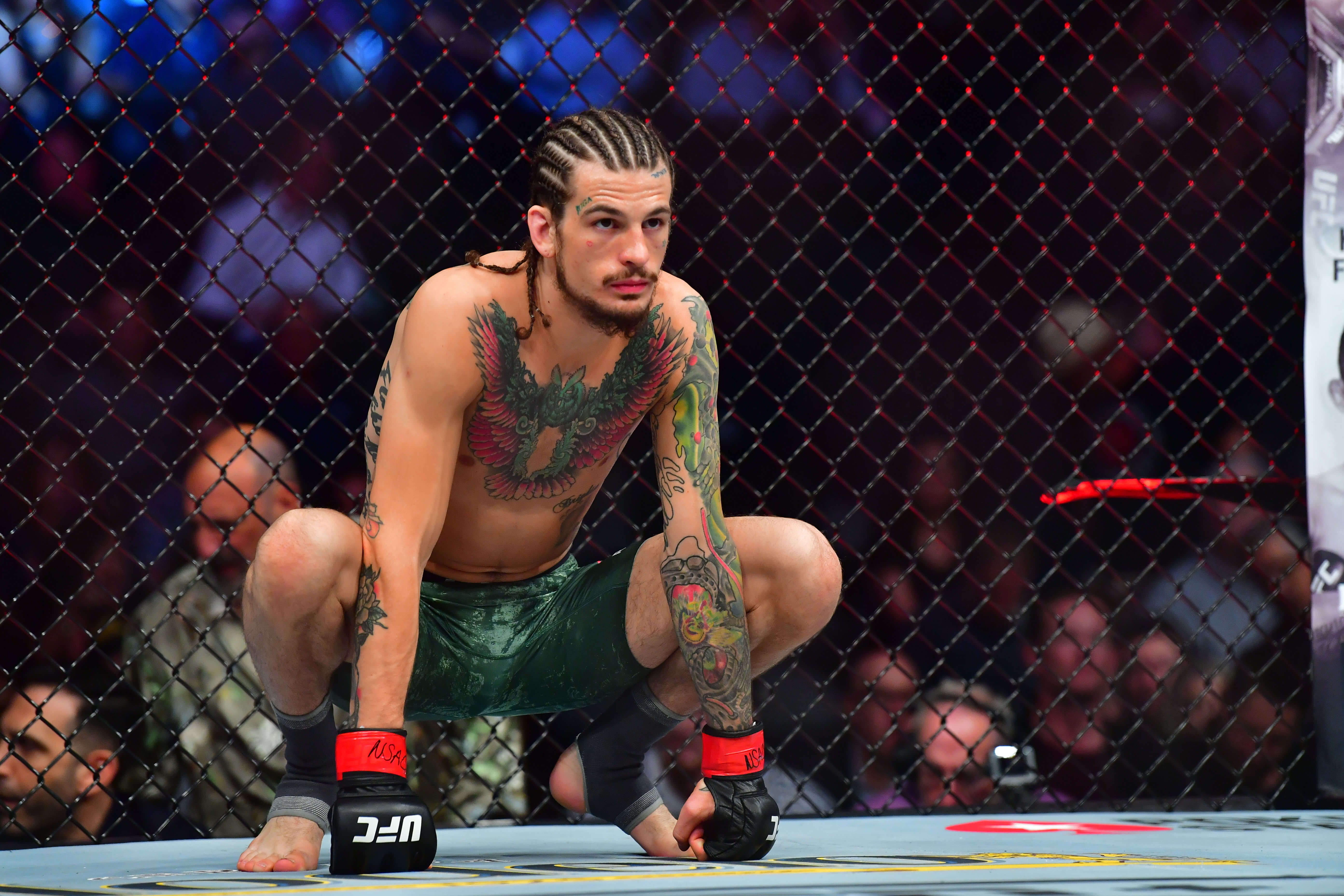 The UFC is finalizing a fun bantamweight matchup for their July PPV. Ryan Frederick was the first to report this afternoon that the promotion had verbal agreements in place for Sean O’Malley (13-1) – Louis Smolka (17-7).

The matchup will take place at UFC 264 the same night as Conor McGregor – Dustin Poirier III. This is a big fight for Louis Smolka and Suga Sean. Smolka is coming off of a win over Jose Alberto Quinonez in December.

O’Malley had knocked out Quinonez earlier in 2020. Prior to that, Smolka lost by guillotine choke to Casey Kenney. In his last five fights inside the UFC, Smolka has gone 3-2 with the two losses coming against Kenney and Matt Schnell.

This is actually the second UFC run for Smolka. Originally, Smolka was competing in the UFC‘s flyweight division. However, after he lost four-straight fights, the promotion let him go.

Smolka went do some some smaller promotions and won three straight to get back in the UFC. This is a massive opportunity for Smolka considering the name recognition of Sean O’Malley.

Sean O’Malley is going to be looking for his second straight victory. We last saw O’Malley back at UFC 260 when he knocked out Thomas Almeida in the third round. It was a beautiful performance by the charismatic bantamweight.

The win was the perfect bounce back to his first career loss. Back at UFC 252, O’Malley took on Chito Vera. After starting the round well, O’Malley ate a brutal calf kick which caused him to roll his ankle multiple times.

Chito Vera was able to take advantage and stop O’Malley in the first. Prior to that loss, O’Malley had been 4-0 in the UFC. O’Malley has been very vocal about the fact that he still believes that he’s undefeated in his mind.

He doesn’t consider that fight to be a loss and even held up a zero when Bruce Buffer said he had one loss at UFC 260. This is going to be a very fun fight and whoever wins in July will likely find a ranking by their name the following week.