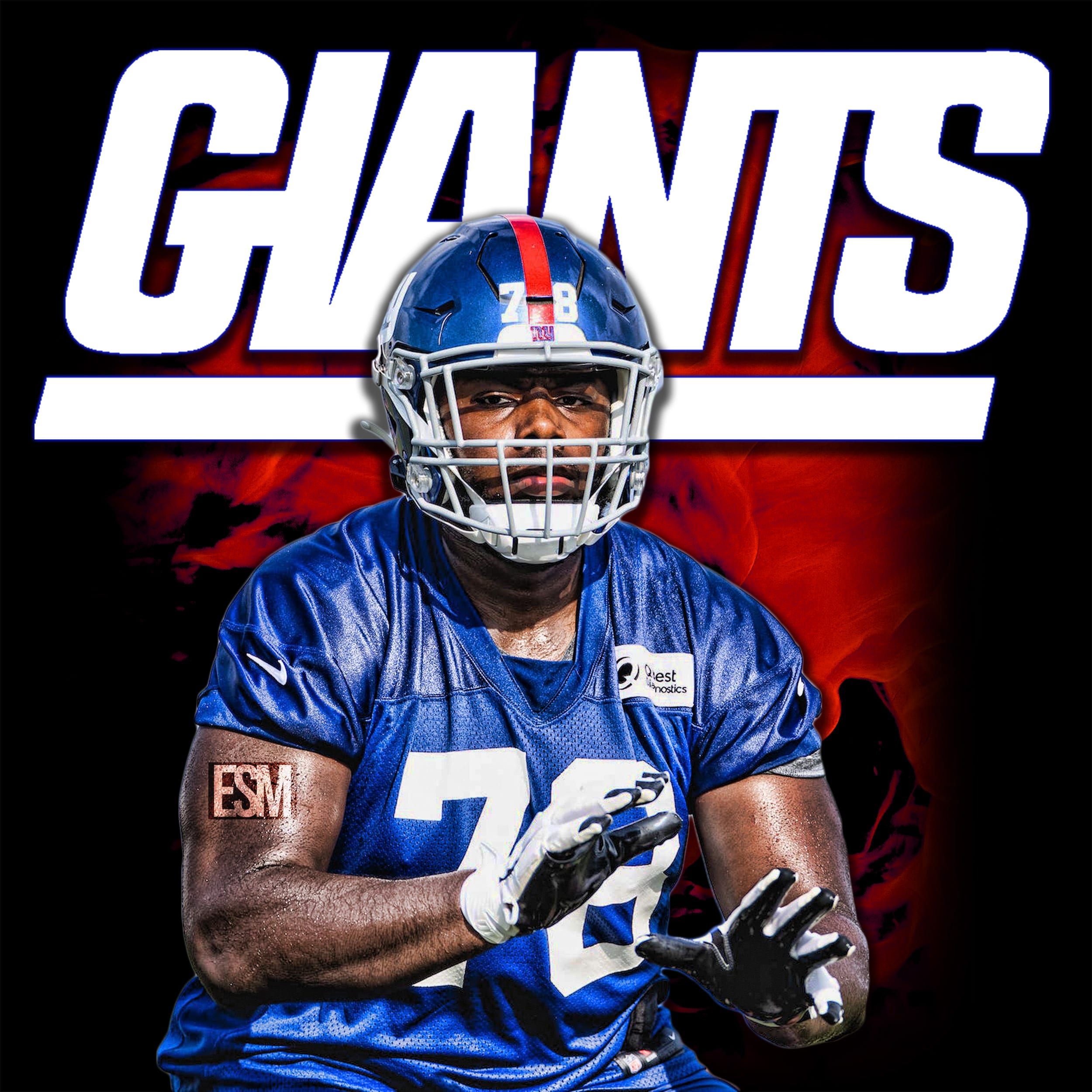 The New York Giants spent the fourth overall pick in the 2020 NFL Draft on left tackle Andrew Thomas. Last offseason, the Giants made it a point of emphasis to upgrade their offensive line. They drafted Thomas in the first round, offensive tackle Matt Peart in the third round, and offensive guard Shane Lemieux in the fifth round.

Despite this, the Giants still had one of the worst offensive lines in the NFL last season. In 2020, according to ESPN, the Giants’ pass-block win rate ranked dead-last in the NFL at 46%. Their run-block win rate ranked 18th at 70%, which is about average or slightly below. New York’s hefty investments in their offensive line did not pay off in year one.

High expectations were set for Andrew Thomas after the Giants made him a top-five draft pick last year. Unfortunately, Thomas failed to live up to those expectations for the majority of the year. But when comparing Andrew Thomas’s shaky rookie season to that of an All-Pro offensive tackle within the NFC East, there are reasons for long-term optimism.

The stats on Andrew Thomas’s rookie season leave quite a lot to be desired. Thomas was drafted with the hope that he would step in and secure second-year quarterback Daniel Jones’s blindside, reducing the amount of unseen pressure that the young signal-caller would be forced to endure. However, the amount of pressure Daniel felt sky-rocketed.

In 2020, Andrew Thomas gave up 14 more pressures (57) than any left tackle in the league and also surrendered more sacks (10) than anyone at the position (PFF). This sounds terrible but does not necessarily mean Andrew Thomas will be a bust. These stats are actually quite comparable to those of Philadelphia Eagles All-Pro offensive tackle Lane Johnson’s rookie season.

Somehow, Andrew Thomas and Lane Johnson’s rookie season statistics are identical. The only difference between the two is that Johnson played five more pass-block snaps in 2013 than Thomas did in 2020. Both of these tackles were the fourth overall pick in their respective draft classes.

Like Andrew Thomas, Lane Johnson entered the NFL with high expectations as a top-five pick. Johnson failed to meet those expectations as he struggled throughout his rookie season, just like Thomas. Lane Johnson went on to have a wildly successful NFL career that includes three Pro Bowl selections and a First-Team All-Pro selection. There is no reason to believe that Andrew Thomas, being as talented as he was coming out of Georgia, can’t have a similar career turnaround.