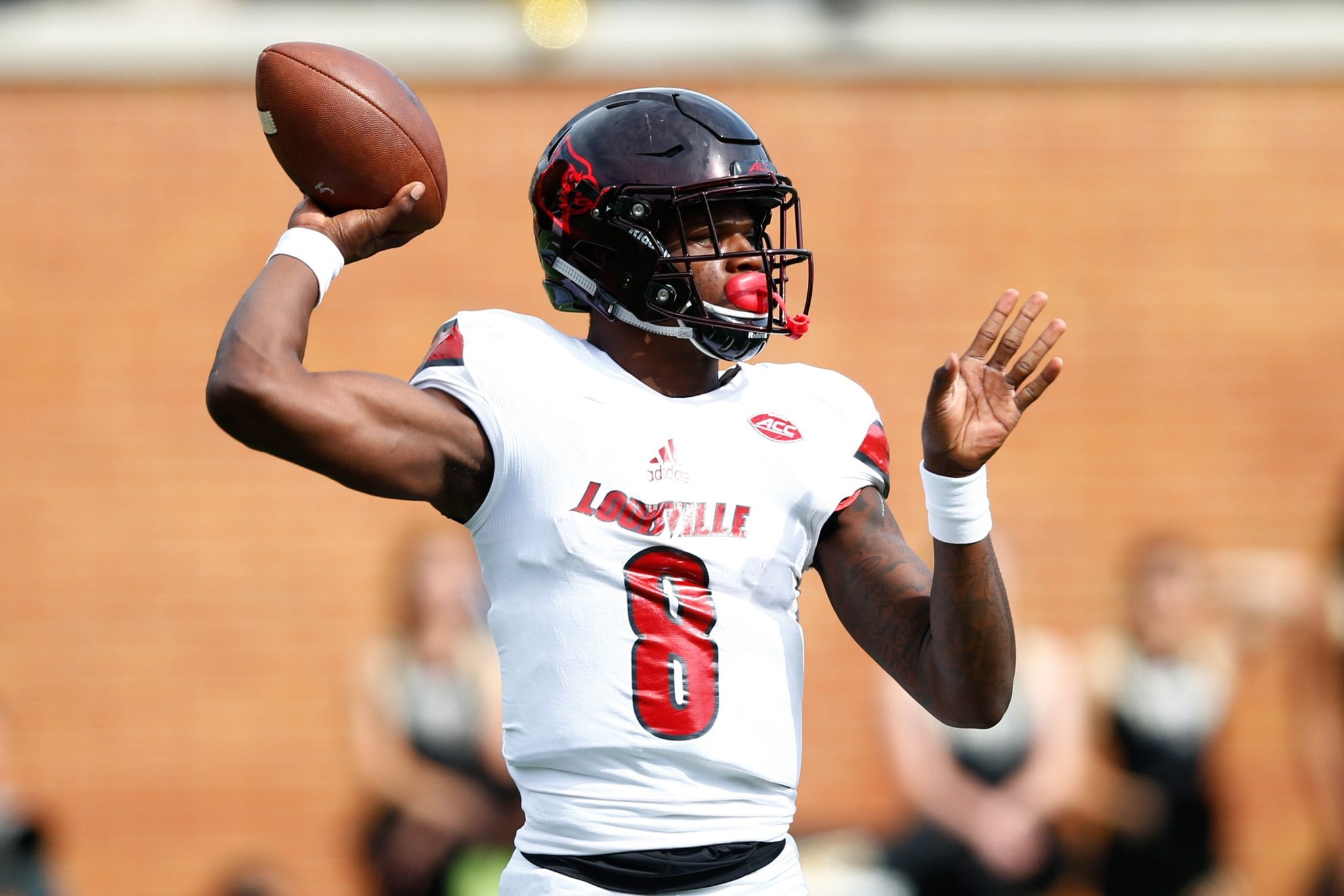 The New York Giants have various pathways that could lead them to success in the upcoming NFL draft. Today, we are going to talk about one of the least talked about, yet most interesting options the Giants could entertain next week.

Louisville quarterback Lamar Jackson has been lost in the fold of quarterbacks mocked to New York, but he shouldn’t be ruled out until we know for sure who the Giants will be taking at No. 2.

“I could not believe what I had seen. I could not believe the things he was able to do — It was a spitting image of me,” Vick said. “And the only thing that came to my mind was this kid is five times better than I was when I was at Virginia Tech, only because he was going against Florida State. I remember how difficult it was for me to make plays against Florida State. What effort had to be put into getting first downs, scoring touchdowns.”

Vick mentions that Jackson is far superior to his days at Virginia Tech, which should put things into perspective. We all know how great of a player Vick was in his prime, and having Jackson at a higher level would essentially put a team in playoff contention for years.

The most enticing part about Jackson is that he’s still at a raw stage in his career. He can be molded to be anything a team wants/needs him to be, which is where Pat Shurmur comes in for the Giants. Jackson was a run-first quarterback in college, but he has the frame and ability to become a pocket-passer with secondary running abilities, similar to Russell Wilson.

Having a premier pocket passer with the ability to escape the pocket and utilize his legs for additional yardage opens up the game for the offense. A year under Eli Manning and a professional coaching staff might be exactly what Jackson needs to develop into a top-flight player.

Let’s break down a few videos in regard to his skill-set:

This is a great example of Jackson’s vision and ability to sell his body to throw off the linebacker and find his target in stride. In this clip he spends a majority of this play looking to the left and forcing the linebacker to follow his eyes – until he re-focuses towards the middle of the field and throws a strike to his receiver.

Jackson’s arm strength is incredibly impressive, as he uses his upper body to put weight behind the pass. He doesn’t use his hips or legs to drive the ball like some quarterbacks do – simply because his arm strength is so superior.

This next clip has to be one of the most exciting characteristics that Jackson possesses, and quite frankly, it makes you wonder why he isn’t the No. 1 quarterback in this class:

Watch as Jackson takes the read-option and bolts through the middle of the line like a glorified running back. The most exciting aspect of this clip is the fact that he faints to his left and leaves two, not one, two players tumbling to the ground in disarray. An incredible display of his agility and vision as a runner.

At the moment he breaks through the line, there are seven defenders within five-yards of him. In the blink of an eye he puts two players on the ground and breaks free into the open field. I circled the players that were most influential on this play, so at the beginning you will see the left guard pull to the middle to open up a running lane, then the running back sell a majority of the defense to the right side of the field. This allows Jackson to take the ball and run right up the gut, but it doesn’t end there. He is forced to make a move at the first level to break into the open field, but by doing that he runs into several more defenders. He simply splits the four defenders and takes off down the field before they even realize he’s gone. This is the type of talent Jackson brings to an NFL team.

In this clip we will take a look at Jackon’s deep ball. In these three examples against FSU, a high quality team that represents one of the closest comparisons to an NFL style system, Jackson puts the ball right on the money. I circled the influential players and detailed the ball placement at the point of attack.

In the first segment, you can see the Jackson doesn’t really step back in the pocket, but rather he stands tall and delivers a strike with all upper body strength. He utilizes his chest to deliver power behind the ball, and places it nicely in the breadbasket of the receiver.

The second segment is a drop in the endzone, but the pass couldn’t have been more spot on. He has a cornerback draped all over him and the ball seamlessly threads the need through his arms.

The third segment details Jackson’s arm strength. Reports have his accuracy as his biggest weakness, which attests to his 59.1 completion %. His yards per-attempt is 8.5, which depicts the scheme he was orchestrating. He threw a lot of mid-range to deep passes at Louisville, which could be a reason for his ‘mediocre’ completion percentage.

Overall, Jackson represents one of the most enticing options in the upcoming draft. After watching his film and seeing how capable he is in all facets of the game, it forces me to believe that he ultimately has the most potential out of any quarterback in the 2018 draft class.

If his future coaches can harness his ability as a passer, we just might enjoy one of the most dynamic athletes at the quarterback position since Michael Vick.