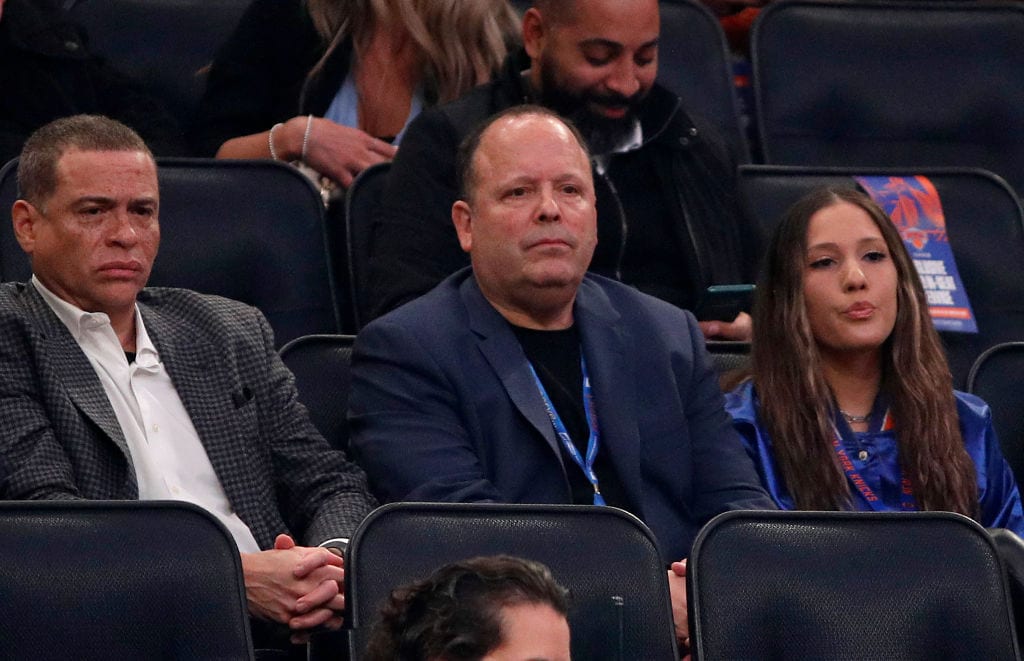 On Thursday, August 20th, many New York Knick fans witnessed their beloved team fall two spots into the lap of the eighth overall pick of the upcoming NBA Draft on October 16th, 2020. Many were hurt once they noticed the Minnesota Timberwolves, Golden State Warriors, and the Charlotte Hornets had occupied the first three overall picks respectively.

Many diehard Knick fans voiced their displeasure on Twitter along with many other social media platforms by accusing the NBA Draft of being “rigged” and “fixed”. However, it’s very possible that in a non top-heavy draft, picking eighth may be the best thing to happen to the New York Knickerbockers this year especially under a special player development and savvy basketball minded staff.

Despite the displeasure from New York Knick fans, the jokes from anti-Knick fans, along with more jokes from anti-Knick sources, the New York Knicks front office might actually have fun this draft without the pressure of choosing a top-three draft pick which could potentially handcuff an organization to certain talents, which might not even be the true desired pick for the vision of the president and General Manager. It’s very possible to land great talent with two opportunities in the first round of this year’s draft. Knicks have the eighth and the twenty-seventh first-round picks.

Some at MSG are fans of FSU’s Devin Vassell according to Ian Begley.

From earlier: For the 4th time in the last 6 lotteries, NYK fell back in the draft. Good organizations find value all over the draft, though. So the new regime should be able to find an asset w/the No. 8 pick; Some at MSG are fans of FSU's Devin Vassell: https://t.co/rnwCGVKCbA

Devin Vassell could be the perfect plug and play draft pick for the New York Knicks. Tom Thibodeau enjoys coaching high defensive IQ players with motor and toughness. Devin Vassell’s style fits the bill. In addition to Vassell’s individual and team defense he displayed in Florida State University under Coach Leonard Hamilton, the first coach to be named coach of the year in both the Big East and ACC, Vassell has shown improvement on his off the dribble shooting and his three-point shooting.

Vassell averaged 12.7-points per contest along with 1.4-steals last season for FSU. Devin Vassell at 6’6″ along with his 6’10” wingspan could be the perfect 3&D prospect for the Knicks moving forward alongside Frank Ntilikina and RJ Barrett. With an improved Mitchell Robinson playing center, the addition of Vassell would enhance the Knicks defensively under Tom Thibodeau with even more room for future growth collectively.

Kira Lewis Jr. is another special talent who very much may become the Knicks new starting point guard next season under Tom Thibodeau, Kenny Payne, and Mike Woodson. The ultra speedy 6’3″ 165lbs sophomore point-guard out of Alabama averaged a solid 18.5-points along with 5.2-assists last season. Lewis also averaged 4.8-rebounds per contest last season for Alabama. Kira Lewis Jr. is a menace on the fast-break, a category the Knicks struggle with. The former Alabama Crimson Tide speedster’s shot creation, on-ball defense, and playmaking skills would help the Knicks tremendously for years to come. Plus, a Kira Lewis Jr., Mitchell Robinson pick and roll would be something to watch for us Knick fans. Expert player developmental coach Johnny Bryant would help Kira Lewis tremendously.

“And with the eighth pick in the 2020 NBA Draft, the New York Knicks select Saddiq Bey from Villanova University!” Those same exact words may come from Adam Silvers mouth during the virtual edition of the NBA Draft if the NBA chooses to announce the picks similar to the traditional way. Saddiq Bey is a very intriguing prospect.

The 6’8″ 220lbs prospect out of Villanova possesses a 6’10” wingspan and he’s a deadly three-point shooter. Energy, motor, unselfishness, and defensive versatility sums up what makes Saddiq Bey an intriguing prospect for the New York Knicks. Bey’s ability to stretch the floor as a small forward or power forward is crucial for the Knicks and will not go unnoticed by the Knick front office. A smart individual and team defender who’s versatile enough to guard a variety of players at different positions would be an excellent addition for a Tom Thibodeau coached team. His solid lateral foot speed and high defensive IQ would be accepted amongst the Knick fan base.

The New York Knicks don’t need the top pick in this year’s uncertain draft. With an established front office, the Knicks are easily positioned to win the draft with savvy additions without the need of a “big named prospect”. The Knicks are building a sturdy foundation for the future and aligning the front office with the head coach seems like a huge step in the right direction. Dolan, be patient, and don’t be pressured by the media or fans. Trusting the right process is crucial, and the Knicks decision making under the new regime hasn’t disappointed thus far.

The stage is set for some unusually smart decision making by the New York Knicks. With the additions of Andy Greer, Dice Yoshimoto, Mike Woodson, Kenny Payne, and Johnny Bryant, the Knicks are slowly putting Head Coach Tom a Thibodeau in a place where he can succeed. Alan Hahn stated similar sentiments on Twitter.

With additions of Andy Greer, Dice Yoshimoto and Mike Woodson — to go along with Kenny Payne and Johnnie Bryant — Tom Thibodeau’s staff is set. What do we think? #Knicks

Leon Rose and the Knicks have built a coaching and culture foundation. The construction isn’t nearly finished, however. The basketball court next season will evaluate the development of the youngsters on both the main Knicks squad along with the Westchester Knicks.