A year ago tonight, Kieffer Bellows was called up to make his NHL debut for the Islanders. The promotion was served as a purpose to spark the sputtering Isles offense. Bellows would tally his first point in the National — an assist in the Islanders OT win over the Dallas Stars — while two nights later he would pot his first two goals against the Kings. After that promising start it was a slow slide back down to the AHL.

When the Isles reconvened for the league’s Return To Play format in the summer, Bellows was a part of the group fighting for one of the extra forward slots. Eventually left back as the club headed for the Toronto bubble, Bellows was hit a few months later for violating the league’s performance-enhancing rules.

By that time, Bellows’ stock had dropped within the organization and his future with the Isles looked bleak.

Fast forward to now — the year to the day Bellows suited up for the variety for the first time — the 19th overall pick from 2016 has made his presence felt.

“I have trust in Bellows game,” Isles head coach Barry Trotz told reporters yesterday. “He’s getting chances. I think he’s been around the net. He’s that type of guy. Hopefully, he just breaks out. That will just give him some confidence.”

Bellows is still looking for his first point of the season; he’s come close on several occasions. But it’s his overall game that’s what has impressed the most.

The 22-year-old Bellows looks more confident without the puck as opposed to his short stint last season where he had trouble with the defensive aspect of the game. It’s one of the reasons his call-up only lasted eight games. There’s also the spark that he, and fellow freshmen Oliver Wahlstrom, have brought to the lineup offensively, particularly the third line, which was a big question mark coming into this season.

The recent road trip, that line — centered by J.G. Pageau with Bellows and Wahlstrom manning the wings — was the team’s best line in the losses to Washington.

“I didn’t have any worries about them,” Trotz said.

As much as fans crave for his offense — that’s been his MO as a prospect in the Isles’ system — seeing Bellows grow into a complete player has more significance. The points will come in due time, but Bellows’ development remains the most important thing right now. And on such a veteran-heavy squad, it’s nice to see him getting his chance and making the most of it. Cracking the Isles’ lineup in recent years as a youngster, unless your name was Mat Barzal or Noah Dobson, hasn’t been easy. The addition of the taxi squad because of COVID-19 protocols only adds another layer of difficulty.

Bellows has played in seven of the Islanders’ nine games this season and with how he’s performed thus far, he should see the ice a ton more. The reason being the difference from last year until now in his demeanor and that his play has greatly evolved.

The Islanders might have something in special in Bellows.

He’s come a long way in a year’s time.

When you’re mentioned in the same vain as Connor McDavid and Nathan MacKinnon, you know you’re doing big things. That seems to be the sentiment from Barry Trotz on his star center Mathew Barzal.

In The Athletic today, Isles beat writer Arthur Staple quoted Trotz saying, “Mathew’s one of those guys, the really high skilled guys with that tremendous speed like (Nathan) Mackinnon, (Connor) McDavid. When they give it up and get it back, they’re almost unstoppable. That’s where Mathew’s game has grown the most. And he’ll still take you on one-on-one. That’s the biggest growth, the offensive stuff without the puck.”

That’s a hell of an endorsement and an indictment on how Barzal has looked so far this year. He leads the team with ten points in nine games.

The Islanders will see something they haven’t seen in nearly 15 years when they head to MSG on Monday for their next tilt with the Rangers. That being their Liberty “Reverse Retro” jerseys.

The last time the Isles faced the Blueshirts in those threads, they won 7-4 at MSG on the backs of Viktor Kozlov’s four-goal performance.

It took one week into the 2020-21 season, but the Islanders have finally been hit with their first COVID-19 situation.

Josh Bailey, who was missing from practice yesterday for which the team didn’t give an explanation, was placed on the NHL’s COVID protocol list last night. Bailey being on the updated ledger was first reported by ESPN’s Greg Wyshynski and later confirmed by The Athletic’s Arthur Staple.

Now it’s has not been said that Bailey did indeed test positive for COVID-19; there might be light shed on the situation after the Islanders skate this morning. But it’s easy to assume he that he has has the virus or came in contact with someone who’s had it.

With that said — and the hope is it’s the total opposite of what many suspect — Bailey’s possible absence could open up the door for a few of the Isles forwards to get a chance to play.

Starting with Kieffer Bellows, he was already in Bailey’s second-line spot yesterday with Brock Nelson and Anthony Beauvillier. So it’s safe to say if Bailey is out, that could be Bellows role for a little bit.

Bellows when he was drafted was projected to be a top-six forward, but hasn’t gotten the opportunity to be in that spot. He played third-line wing in his short stint last season and started this year in the same role. That particular spot is still a bit of an open competition. Bellows though has done a commendable job thus far and has gotten from head coach Barry Trotz.

“A little bit of limited ice time but I was very comfortable with Kieffer’s game,” Trotz said to the media after the Isles’ win on Monday. “I thought he and Ross Johnston did a good job of establishing a forecheck and a physical game. My comfort level is good with both of those guys.”

If Bellows gets second line duties, Oliver Wahlstrom or Dmytro Timashov could finally get some game action on the third line. So too could Austin Czarnik or Otto Koivula.

All four players have yet to appear in a game while making up the mandated taxi squad.

Trotz has alluded to possibly making changes just to keep his guys and the opposition on their toes, and those four players are all suitable options. With Leo Komarov and Michael Dal Colle (coming back from injury) still on the fringe as well, they all have the ability to provide a shot in the arm for a bottom-six which has only accounted for one of the five Islanders goals through three games.

Missing Bailey for a bit might hurt the Islanders. He’s one of their most important two-way forwards and a reliable asset. But it could be a blessing in disguise.

That being an opportunity for some of the kids on the team to make some noise with him out.

For as much turbulence as there’s been in the relationship between the Islanders and Josh Ho-Sang, there’s obviously still hope there he has a future in the organization.

In a column from The Athletic today, Barry Trotz showed his support for Ho-Sang, who just began his new opportunity with Orebro over in Sweden.

“He’s a talented young man with a lot of skills,” Trotz said. “Just let him play in Europe, it could be great for him. Maybe the player in him just puts it together this year. I hope he has a ton of success there.”

The Islanders’ transition to UBS Arena continues to get closer each day. And with that there’s always new updates.

Last night was the latest and two things were made crystal clear: the facility will be home to the best ice in the NHL and the building will be ready for the start of next season “no matter what”.

The full clip from the team can be seen below:

Get an inside look at @UBSArena with Managing Partner, Richard Browne, as the construction of our future home has reached the halfway point! 🤩 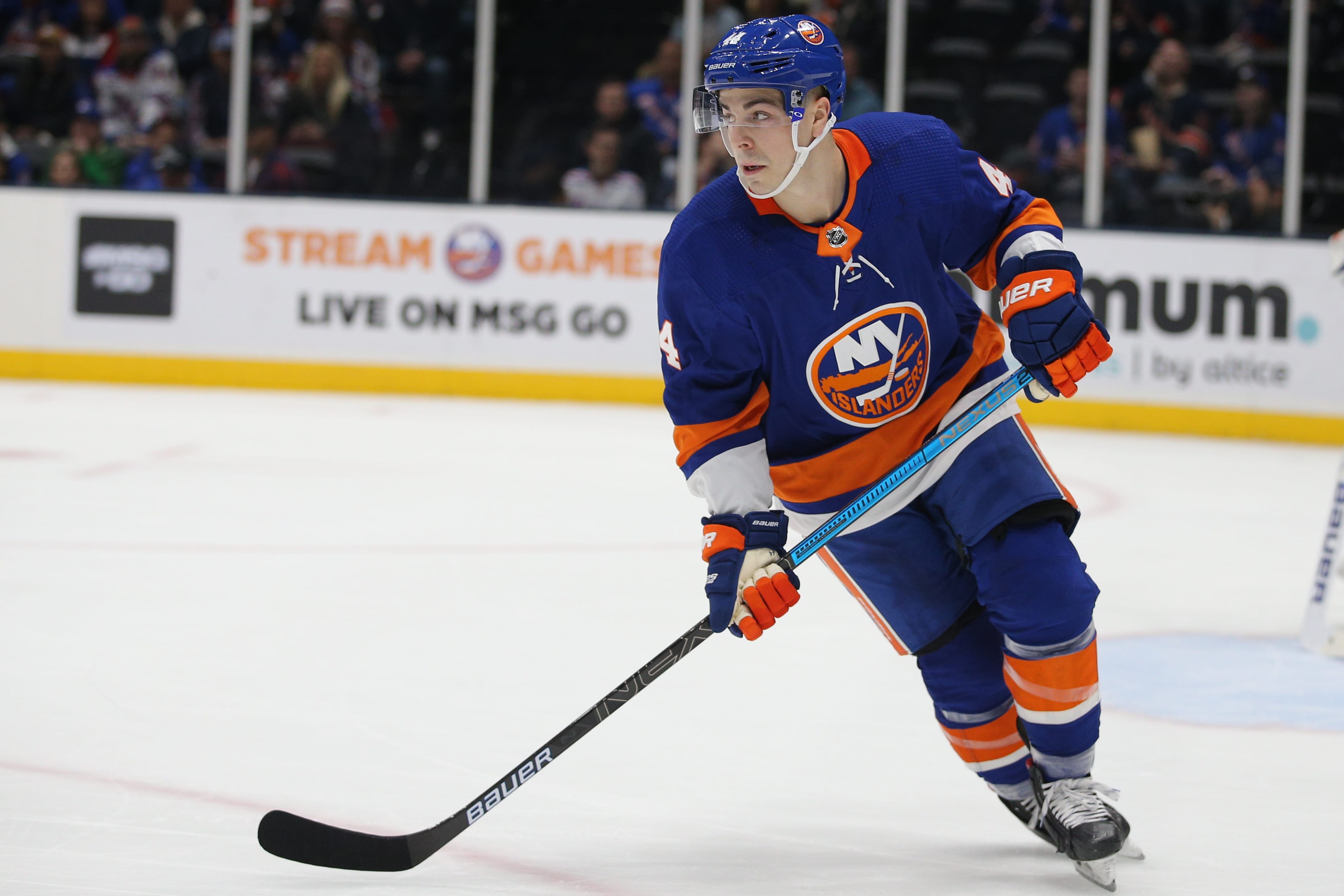 Not many teams in the NHL have exciting third lines. But, the New York Islanders are in the midst of creating a highly touted one. It won’t just be a line who can only forecheck and penalty kill. This line, if it develops correctly, could revolutionize the way NHL coaches set up their bottom 6 lines. Without any further build-up, here is a possible third line for the Islanders in the 2020-21′ season.

This shouldn’t surprise any Islander fan at all. Brock Nelson isn’t dropping down a line, and no way is Trotz playing 2 of his top 3 centers on one line. Pageau will serve as the mentor for his other linemates. Pageau will teach his linemates the Islander way of playing. Islanders must get in the dirty areas and play stout defense. Pageau’s new linemates need a bit of teaching on both of these. His linemates have to learn that Hockey isn’t just about scoring goals. Pageau will be a big help in his linemates’ young careers.

The right-wing on the new third line will be one of the top Isles’ prospects, Oliver Wahlstrom. Wahlstrom is coming back to America with newfound confidence and motivation. Wahlstrom recently stated how displeased he was that he didn’t make the roster last year. Oliver Wahlstrom has been killing it overseas as of late against older players and former NHLers. I believe Wahlstrom is fully ready to step in and become the draft pick the Islanders knew that they picked.

Oh yeah, 2 rookies on one line, don’t mind if the Islanders do. It’s finally Kieffer Bellows’ time to shine after 3 long years in the minors. Bellows will be the sniper on the left-wing as he always should’ve been. Bellows is coming off a great year in Bridgeport with 22 goals and 9 assists in 52 games. The rookie burst onto the scene last year in the NHL with 2 goals and 1 assist in 8 games. It’s time for Bellows to get his real shot, he’ll take advantage of it. 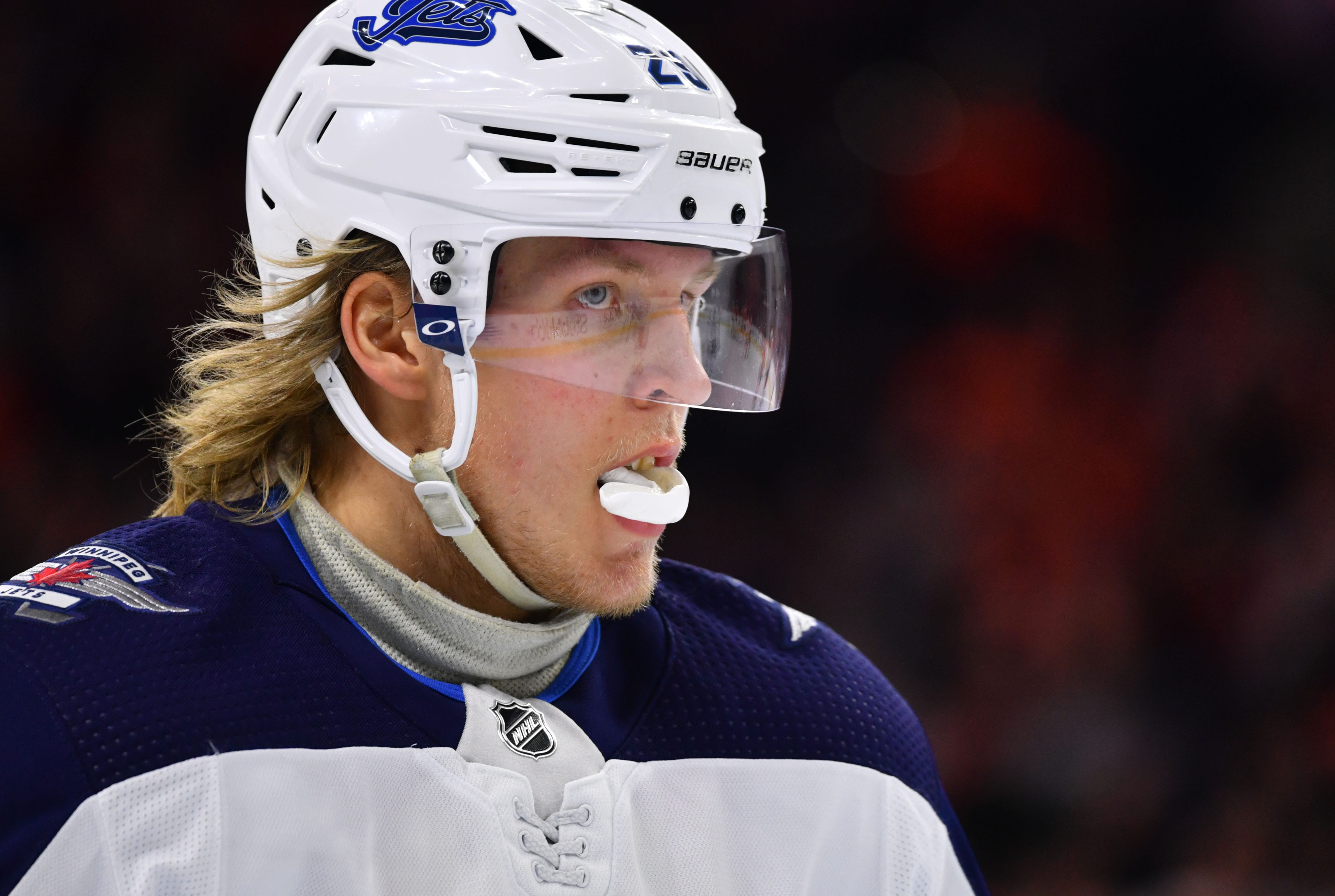 The New York Islanders have the possibility to make one of their biggest acquisitions ever. But, this move will come with a price, a price that’s very steep. This possible trade has a ton of speculation behind it. A reliable source has been vocal about the proposal. This trade involves the Montreal Canadiens, the Winnipeg Jets, and of course, the New York Islanders.

The Trade for the New York Islanders:

Why in god’s green earth would the Islanders ever accept this trade. First of all, Montreal doesn’t need to be involved in the trade at all. Like why would the Islanders want to trade Kieffer Bellows, one of their best prospects by the way, to the Canadiens, and get nothing in return? The Canadiens would have to send Nick Suzuki and Jesperi Kotkaniemi back the other way. No, I am not overexaggerating that trade, this is the only way the Isles can win that 3-way trade.

Here is my deal for the new 3-way Patrik Laine trade. First, cut off Montreal. The Isles don’t need Montreal to complete the trade. So, it would be Devon Toews, Oliver Wahlstrom, and a 2nd for Patrick Laine. This deal makes a lot more sense for everyone. Max Domi can find another trade to hop into, the Isles certainly can’t lose both their top forward prospects. And as an extra, trade Ladd and Ho-Sang to Ottawa for a 7th round pick.