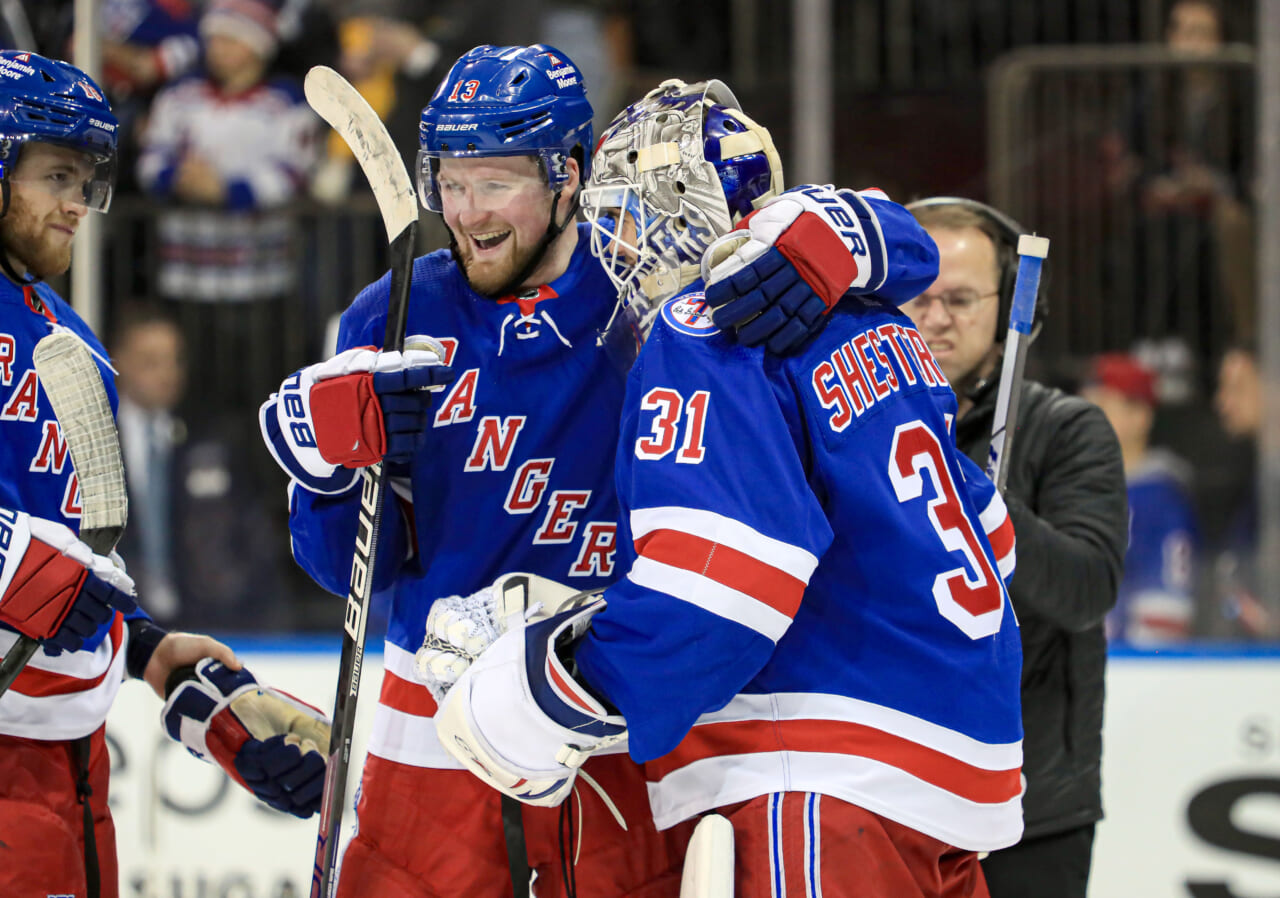 With a 3-1 loss to the Boston Bruins on Saturday the New York Rangers are on a path to finish the season in 2nd place in the Metropolitan Division and have home-ice advantage in the first round of the Stanley Cup Playoffs.

Though the New York Rangers have not been mathematically eliminated from first place contention, the odds are stacked against them. A Saturday loss to the Boston Bruins plus weekend wins for the Carolina Hurricanes over the New Jersey Devils Saturday and the New York Islanders Sunday find the Hurricanes four points (112 Pts.) ahead of the Blueshirts (108 pts.).

The two teams will meet for the final time on Tuesday night at MSG.

The Rangers had been following the play of the team they have been hunting down and had some hope when the Devils held a two-goal lead late in their game against the Hurricanes on Saturday. Unfortunately for New York their cross-river rivals squandered the lead and lost to Carolina in overtime.

“We watched it because you always watch a game,” Rangers coach Gerard Gallant said when asked if he was paying attention to the Hurricanes. “It was 2-0 [Saturday], then all of a sudden, it was 3-2. We want to finish first. We want to win every game we play. But at the end of the day, when the season’s over, if we’re first or second, we still have home ice. It is what it is, but we want to try and win as many games as we can.”

Their playoff opponent in the first round is still undetermined with two teams battling for third place in the Metropolitan Division.

As of Monday morning, the Pittsburgh Penguins were in third place with 101 points and two games remaining. Just one point being the Pens with 100 points are the Washington Capitals who hold the final wild-card position entering the final week of the NHL season.

The Caps have three games remaining including a contest against the Rangers on Friday at the Garden. The game is the final game of the regular season for both clubs.

As important as it is to know who the team will be playing when the postseason begins, Rangers forward Kevin Rooney admits the team has been focusing more on the Blueshirt’s game and less on their opponent’s game as this season winds down.

“I think what we’ve done a great job of this year — at least Turk’s message has been always about us. Even going into the Islanders game [Thursday night], we showed a lot of clips before the game on our game and not too much on theirs. I think that’s huge this time of year, is just focusing on our game. He went on to say to Mollie Walker of the New York Post, “We’re not sure who we’re going to play, no matter who we’re going to play, it’s all going to be about the way we play and what makes us successful.  In the back of our heads, we want to keep playing our game and doing the right things and the wins and losses hopefully will take care of itself.”

First place or second place in the division doesn’t matter to the club. They all know that in order to make a deep run into the Stanley Cup Playoffs they are going to have to defeat good hockey teams. All eight teams coming out of the Eastern Conference have 100 points or more this season. A feat never accomplished in the NHL.

The playoffs begin on Monday, May 2. 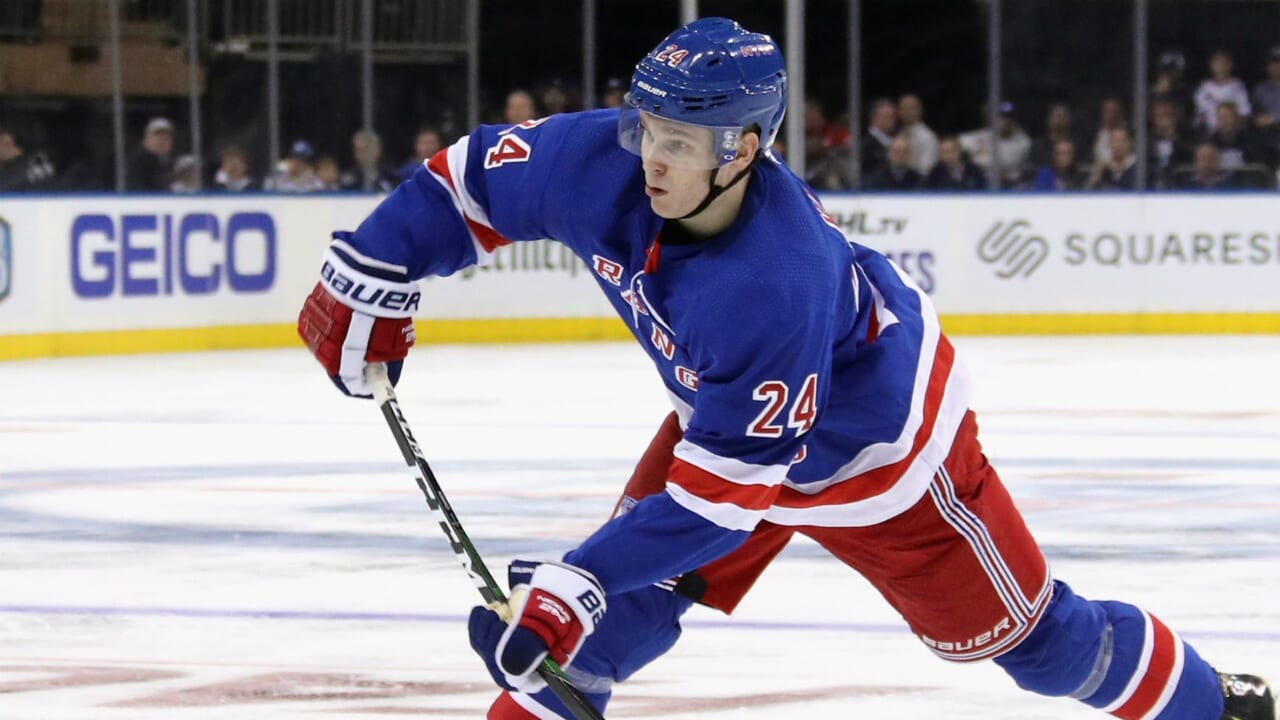 As a potential playoff clinch looms, the Rangers will get back a pair of reinforcements for their Saturday contest against Ottawa.

The New York Rangers’ playoff push will get back two new, yet familiar, faces as the team prepares to do battle with the Ottawa Senators on Saturday night at Madison Square Garden (7 p.m. ET, MSG/NHL Network). Per Mollie Walker of the New York Post, head coach Gerard Gallant confirmed that Kaapo Kakko and Kevin Rooney will return to the lineup from upper-body injuries as the Rangers close in on an Eastern Conference playoff spot, one they’ll clinch with one more win.

The good news comes after the Rangers (46-20-6) learned that they’ll be without trade deadline acquisition Tyler Motte for the foreseeable future, as the former Vancouver Canuck was deemed to have a “significant” injury after a physical encounter with Anthony Angello during Thursday’s 3-0 win over the Pittsburgh Penguins. In addition to Motte, Filip Chytil also sustained an upper-body injury and will not play on Saturday but is only expected to be day-to-day.

#NYR Kaapo Kakko and Kevin Rooney will play tonight vs. the Senators, per coach Gerard Gallant.

According to a further report from the Post, this one from Zach Braziller, Kakko could make his return on the third line, which is where he was skating when the Rangers convened for a workout on Friday. The second overall pick of the 2019 draft missed 31 games, last appearing on Jan. 21’s 6-3 loss in Carolina. Kakko had dressed for the following night’s game against Arizona but was a late scratch, leading to his extended departure. He has earned 14 points this season through five goals and nine assists.

Rooney will likely be situated on the fourth line, where he could center with Dryden Hunt and Ryan Reaves. The former New Jersey Devil last appeared in March 2’s win over St. Louis and has tallied six goals and five assists this season.

The Rangers are seeking to capture their first playoff berth under the traditional 16-team format since 2017. A win on Saturday would also place the Blueshirts in a tie for the Metropolitan Division lead, though the current leaders from Carolina would have a game in hand. New York will face the Hurricanes in its next contest on Tuesday night at MSG (7 p.m. ET, MSG). 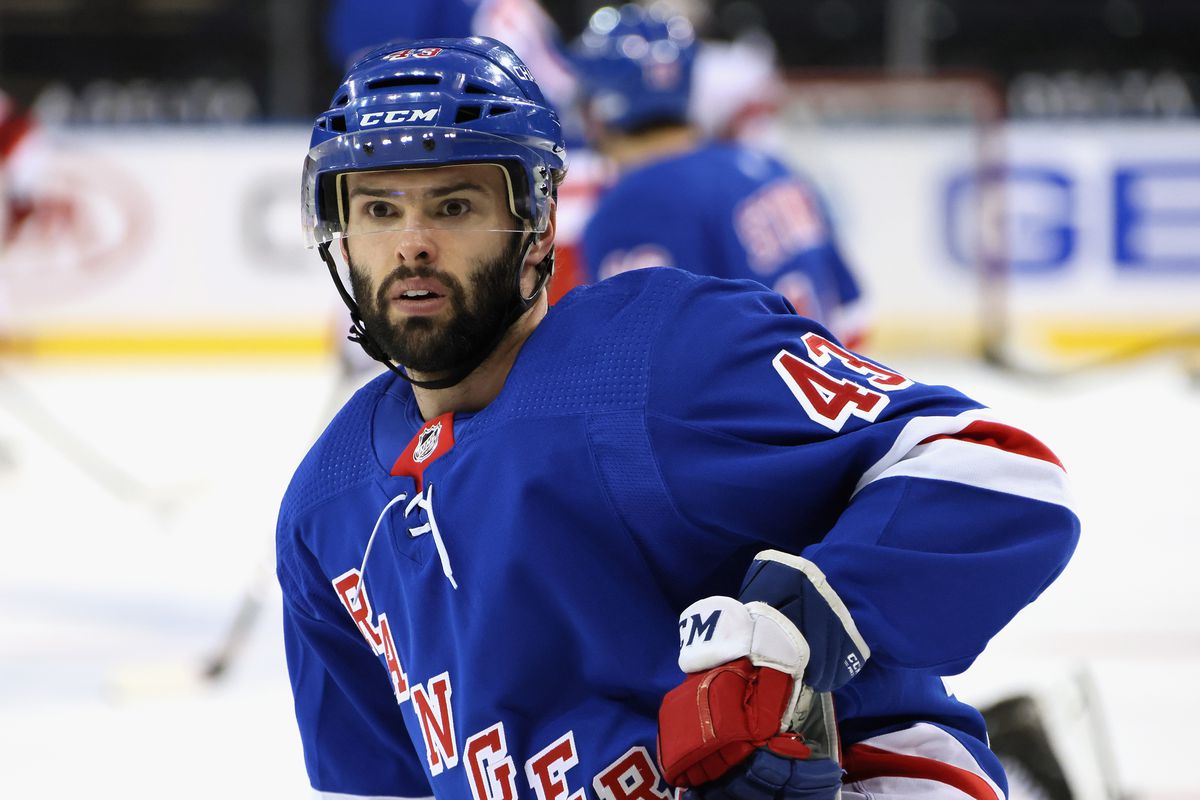 The New York Rangers protected list has been released for the Seattle Kraken Expansion Draft which will be held on July 21.

The New York Rangers had one player who surprisingly made their protected list. Kevin Rooney will be protected which means Colin Blackwell will be exposed for Wednesday’s draft.

Barclay Goodrow is not being protected based on Frank Seravalli’s tweet. Â This should be of no surprise as it would be a risky pick for the Kraken to select a UFA with one of their selections. The Washington Capitals did the same thing with superstar UFA Alex Ovechkin.

Julien Gauthier, outcast defenseman Anthony DeAngelo, and goalie Keith are the players along with Blackwell that is on the exposed list. 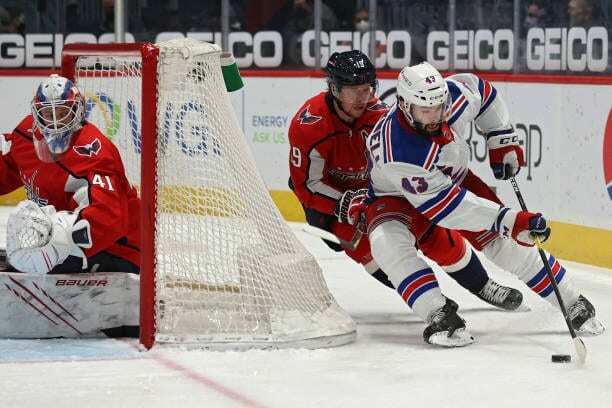 Chris Drury is not only busy being the new GM for the New York Rangers, but he is also the GM for Team USA in the upcoming 2021 IIHF Menâ€™s World Championship starting on May 22.

“Weâ€™re excited with the roster we have and look forward to the world championship,” said Drury. “Itâ€™s a unique year and we appreciate the dedication and commitment of everyone. We really like our team and our goal, like every other team our country puts on the ice, is to bring home a gold medal.” 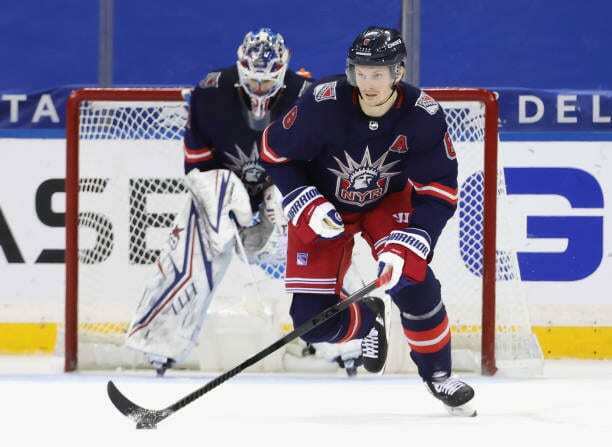 What a difference a couple of days makes. Two days ago, the New York Rangers scored four goals in the first period and chased Pittsburgh goaltender Tristan Jarry. On Thursday, the Blueshirts could only muster two goals against Jarry in a 5-2 loss to the Penguins.

Colin Blackwell scored the first Ranger goal at 2:02 of the second period. His power-play goal has given him six points in the last six games.

After falling behind by the score of 4-1, Kevin Rooney scored at 13:48 of the third period to close the gap. Adam Fox had the only assist. With the assist, Fox extended his point streak to 12 games. Per the @PR_NHL, his streak is the sixth time that a Ranger defenseman has posted a 12-game point streak or longer in franchise history.

The Rangers had plenty of chances to score more than two goals. Both Mika Zibanejad and Filip Chytil missed open nets. Chris Kreider came up empty on a penalty shot.

After the game in his Zoom conference, Zibanejad talked about the difference from the game two nights ago. “I think they (Pittsburgh) were obviously better this game. They made it hard for us and we might have been a little too stubborn with the puck. I thought we were trying to force plays too much.”

“I thought we had a bunch of things lacking tonight'” head coach David Quinn said in his Zoom conference. “Certainly taking advantage of a bunch of opportunities we had tonight and certainly it wasn’t what it was two nights ago. There were other issues that we had that caused us to be in this position.”

The New York Rangers and their road to the playoffs gets a bit tougher as they head out to Long Island to take on the Islanders on Friday night. The Islanders are 17-1-2 on the season at home.