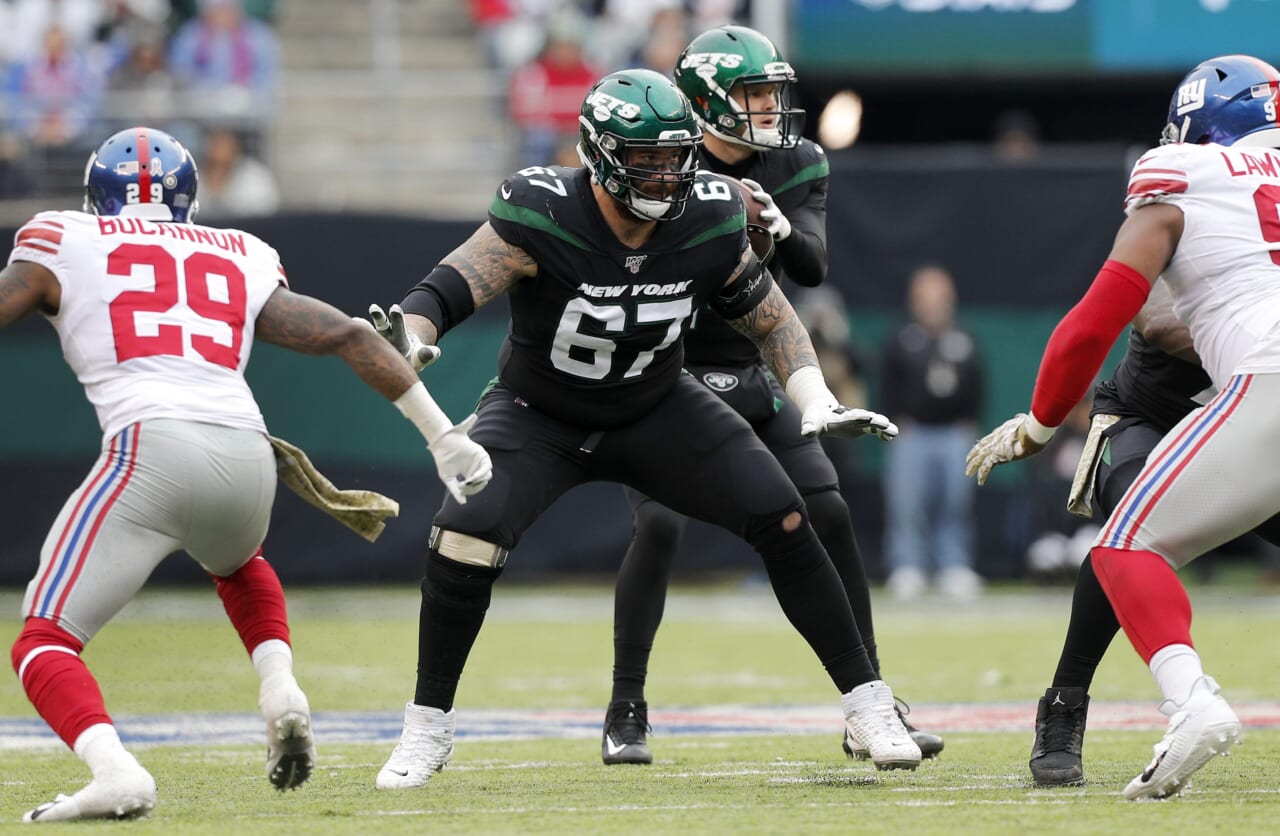 Brian Winters has been a mainstay of the New York Jetsâ€™ offensive line for the past 7 years. From a third round pick out of Kent State in 2013, to being one of the most efficient lineman the Jets have had in the last few years, Winters has grown while in Green and White. Now, it unfortunately looks like his time donning the green and white colors has come to an end.

Why did the New York Jets release Winters?

Recently, I wrote a piece highlighting how Wintersâ€™ veteran presence could make him integral to the offensive line next season, now the Jets will continue to move forward with the offensive line overhaul. After signing Greg Van Roten in the offseason to play guard, and drafting Cameron Clark, it became apparent Winters was not in the long term plans. My initial thought process was heâ€™d be a transitional piece for this season to allow the line to gel quicker, but now the Jets will count on offensive line coach, Frank Pollack to get the unit together in time to play Buffalo week one.

As for Winters, he will likely find a home elsewhere. Heâ€™s only 29 and despite battling injuries, heâ€™s been somewhat efficient. As a fan, despite the $7 million freed up with his release, my heart breaks for Winters. Heâ€™s given his blood, sweat and tears to this organization. Heâ€™s grown from a rookie to a father with this team and itâ€™s sad to see him go. With that said, heâ€™s also a competitor and with so much football left in him I donâ€™t think he would want to sit behind a new line and be slowly phased out. This gives him a chance to compete for a role elsewhere and hopefully find a new home. So, in the end, itâ€™s a win-win for both sides.

Now, the Jets just built themselves an intriguing position battle. The team must figure out if Greg Van Roten, the former panthers mainstay, can hold the starting job, or if the feisty rookie, Cameron Clark can steal it away.Â